Interrelation Between Language and Thought in Humans 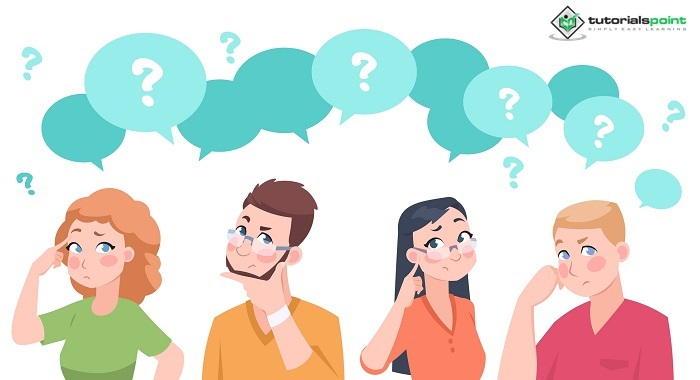 What are Language and Thought?

Language is a manner of communicating using a standardized set of phonemes and alphabetic symbols. The mind is expressed by language, and this process can be manipulated in numerous ways. Language has the unique ability to both directly reveal the framework and organization of the mind and to indirectly represent the mind in various ways. Since the mind has a lasting impact on language, it is possible to infer something about a person's mental health simply by analyzing his or her speech patterns.

Thoughts are a mental exercise that culminates in the idea. Language is the foundation of specific subject areas such as translation and linguistics, but it is also fundamental to human existence and civilization. Given the centrality of language to our social and cultural lives, it is worth taking a moment to reflect—not to smell the flowers, but on the nature and significance of language and how it shapes our ideas and understanding of the world.

These theories defend the brain's capacity to generate logical thought and action.

Perception, as well as linguistic certainty, pose challenges in this area. The theory of relativity is simple to prove. No matter which language you are eager to learn, you must keep a close eye on how terms and phrases are technically marked to interact effectively. Some claim that perhaps the way individuals consider and even the way cultures are structured is shaped by the languages they speak. There is no way to back up such a radical form of the theory. Instead, experimental psychology and cognitive anthropology researchers have looked for subtle changes in how speakers of different languages perform on standardized tests.

The outcomes have been inconsistent. Overdetermined by multiple factors, human cognition and behavior often have nothing to do with how words are structured. The most compelling forms of interpretivism are those where words are the main means of highlighting a particular facet of reality. While words and thoughts are undoubtedly intertwined, the more widely held view is that neither language nor culture can be traced back to the origin of the other in any causative way. We learn and see first-hand how the words we choose shape our relationships with others, but we also know that people who do not have a common language can often communicate effectively. The creation of the dialect occurred up to this point back in early times, as no recorded documents exist to attest to its genesis, and no phenomena thought to be related to its evolution can be detected in the present day.

Thoughts are Plentiful, and Ideas are Sketchy

While linguistic forms may influence thought processes, there are good grounds for doubting that mental operations can be defined over isomorphic representations of words. Our language is often semantically general, meaning it does not recognize distinctions present in thought. For example, the English word "uncle" does not specify if the individual comes from the mother's or the father's side or if he is a relative only by blood or marriage. "For the upper-class boozers, work is a terrible fate" -People often do not even realize they have said something wrong before they fix it to match what they were thinking. This shows that the word and the thought may be two different things.

Language has direct and long-lasting consequences, such as the modification of mental categories, the modification of their boundaries, or the modification of their relative prominence. The specifics of a language have indirect and fleeting effects on the fast-paced business of communicating and comprehending. Some formal language characteristics have been hypothesized to have a causal effect on thought in smaller yet significant ways. The abundance and specificity of thought must often be reconstructed through explanatory processes outside the linguistic system because language is a relatively poor and underspecified vehicle of expression. This seems to set pretty firm boundaries on how language can function as the primary motor and shaper of our conceptual lives. Ideas that cannot be easily lexicalized or grammaticalized rely heavily on figurative language, metaphor, and idioms to be conveyed. There are simultaneous scribes somewhere in the United Nations. This is a great example of how interpreters can bridge not only differences in language and idiom but also differences in culture, belief, and intent.

At first glance, there appears to be a strong parallel between how language is perceived and the color is perceived. To what extent does exposure to a language's hue terminology infiltrate and recharacterize our "native" hue perception in the same way that exposure to a language's phonological classifications reforms our perception of speech? Color names in various languages are as different as their phonological and phonotactic systems. Psychophysical measurement has a rich history in this field, allowing for the development of tests that can be roughly compared in terms of differences in magnitude, domains and contexts, and so on. Finally, the reality that humans can distinguish a huge number of colors and the impossibility of learning a term for everyone makes this area a likely component of linguistic variation.

It is incomprehensible to those who do not speak the language. Furthermore, the absence of language makes communication difficult. Language is a deciding factor in how we communicate, but it is not the only factor. Certain varieties of language and speech are created and invented by humans. The new linguistic order is influenced by the way humans think linguistically. That includes comprehending, becoming aware of, and feeling the world around them. Recognition and comprehension are the two main components of speech understanding, a grasp of the message and its form of expression. Because of the intimate connection between language's structural components and conceptual meaning, thought can be rationalized.