The American Psychiatric Association (APA) acknowledged Internet gaming illness as a transient condition (DSM−5) in the most recent iteration of its Diagnostic and Statistical Manual of Mental Disorders. The American Psychological Association has proposed exploring the clinical and empirical viability of nine Online gaming disorder criteria through more case study reports to move Internet gaming disorder research further. The DSM-5 and ICD-11 now include the diagnostic test of Gambling Disorder in light of growing evidence that playing online video games may be linked to addictive behavior. However, there is still room for disagreement regarding certain characteristics of the disorder, including the amount of time spent gaming. The American Psychiatric Association (APA) has proposed Internet gaming disorder as a provisional psychiatric disorder needing further study (Diagnostic and Statistical Handbook of Mental Disorders). This disorder is characterized by excessive and compulsive participation in online video games, which can harm a person's personal, professional, and academic life. 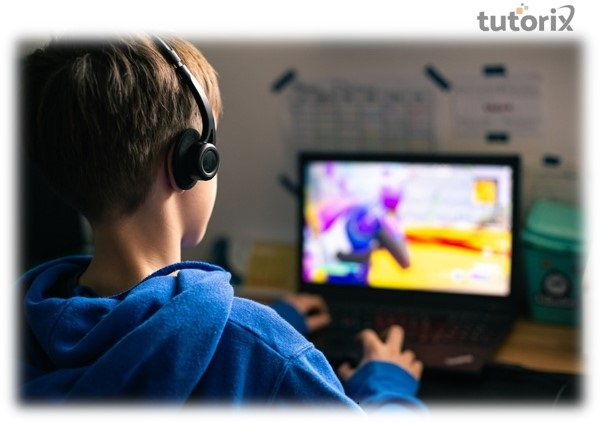 What is Internet Gaming Disorder?

IGD is a topic of conversation and research on a global scale. IGD is included in Section III of the Diagnostic and Statistics Manual of Mental Problems, 5th Version (DSM-5), which outlines the official standards health care providers use to diagnose mental disorders and is described as a condition requiring greater study and experience. Internet gaming disorder (IGD) refers to an obsession with playing video games online to the point that it interferes with a person's life. In addition, it is being discussed independently of other forms of problematic internet usage, such as excessive social media or online gambling. IGD has also been included in the ICD-11, the international standard for illness diagnosis and classification, endorsed by the International Health Organization (WHO).

What are the symptoms of Internet Gaming Disorder?

To meet the suggested DSM-5 criteria for IGD, online gaming must be excessive and regularly cause clinically significant damage or distress. At least a handful of the following symptoms must have been present during the last year − 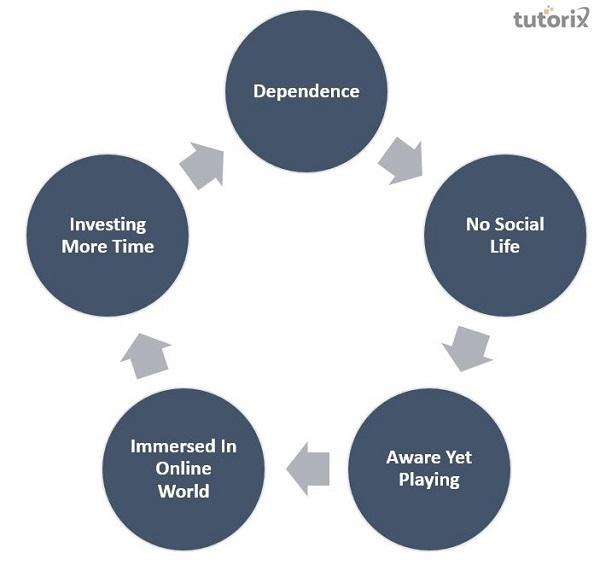 Those diagnosed with this illness claim to devote at least three days per week, or 8−10 hours per day, to online gaming. Since there is no monetary stake, it has been classified independently from the gambling problem. These are only are few symptoms that are observed in the majority of the patients. However, as per various other research, there are multiple other types of symptoms that can only be observed by experience.

What are the risk factors of Internet Gaming Disorder?

Despite the paucity of data, studies have investigated potential IGD triggers, risk factors, and co-occurring disorders. Time spent gaming, impulsive behavior, and poor social competency are all indicators of trouble. The co-occurrence of IGD with depression, anxiety, and attention deficit hyperactivity disorder (ADHD) has been documented. One research investigated the mental processes involved in gaming among people with IGD. The study suggested classifying patients' worldviews along four basic dimensions −

The diagnostic criteria for this condition may evolve as more is learned about it and disputed. One should talk to a doctor or therapist if they have concerns about having IGD. An extensive history will be taken, including inquiries regarding online gaming and its potential consequences. Since they have received further training in diagnosing and treating mental illness, they may also recommend one to a psychiatrist if they are not one themselves.

What are some Treatment Methods for Internet Gaming Disorder?

Although research has been done on potential therapies for IGD, no consensus on treatment guidelines has been established. There has been a rise in research over the last decade, especially after the DSM-5 came out. Unfortunately, there is no conclusive proof that any therapy works. Both medicine and therapy are on the table as potential future therapies. Medications for the treatment of depression, such as escitalopram (Lexapro) as well as bupropion (Wellbutrin), or attention deficit hyperactivity disorder (ADHD), such as methylphenidate (Ritalin) and atomoxetine, have been the focus of previous research (Strattera). Cognitive behavioral therapy (CBT) is the foundation for most researched therapies, which may be done individually or in groups.

Although many individuals like playing games online, research has revealed that only a tiny percentage of players suffer from internet gaming disease. However, if one or a loved one feels that gaming is interfering with everyday life and functioning, it is important to get treatment from a healthcare expert or mental health specialist. They may provide comfort and perhaps therapy even if this diagnosis is currently under investigation.