Imagine the following situations. Riya is in a restaurant with her colleagues and is extremely thirsty. However, instead of grabbing her colleague's drink, she waits for the staff to get her a refill. Praveen is very angry because of his boss's behavior towards him, but he still talks to his boss with respect. What is common in both these situations? It is a fact that both Riya and Praveen did not do things they were tempted to and behaved in a socially acceptable manner. What stopped them from jumping to do what they wished to? According to Sigmond Freud, the three aspects of human personality mediate our decisions in all such situations. 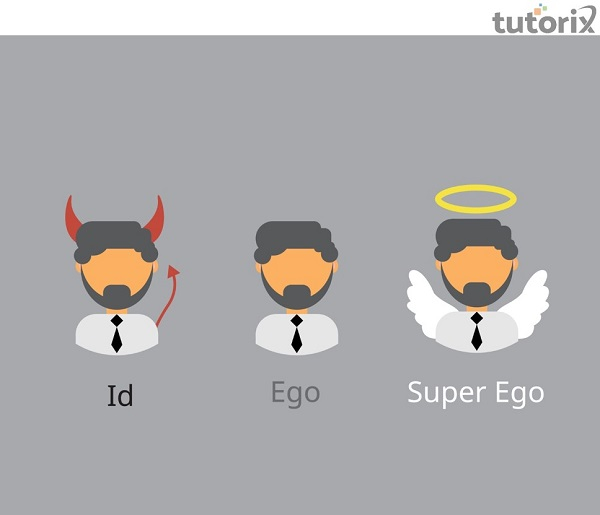 What forms the Human Personality?

Sigmund Freud, the founder of psychoanalysis, was one of the most influential figures in psychology. He proposed the psychoanalytical theory of personality, which states that the human mind is divided into three components- id, ego, and superego, and the interactions and conflicts between these components form human personality. The id consists of our primary drives and primitive desires, the ego acts as a reminder not to act on these desires in socially unacceptable or inappropriate manners, and the superego consists of our sense of morality. The three components form our personality and define our decisions and behaviors. 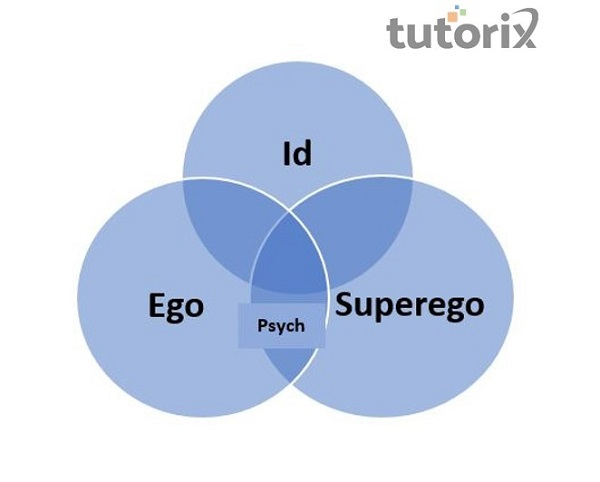 The division of the psyche is part of the unconscious mind and consists of most animalistic urges, like the desire for food or sex. It is driven by the pleasure principle, which strives for immediate gratification for all desires, wants, and needs. According to Freud, the id works based on instincts, which makes it the source of all psychic energy. Therefore, it constitutes the primary component of the personality and is the only component of personality present since birth. It is necessary for survival as it ensures all the primary needs of an individual are met since infancy. When primary needs are not met, it can cause anxiety, stress, or tension. Some characteristic features of Id are as follows −

It is not always possible to fulfil every desire immediately, and the ego acts as a touch of reality. According to Freud's theory, ego arises from the id and ensures that the impulses and desires of the id can be expressed in a manner considered acceptable in society. The ego functions in the preconscious and conscious mind. It operates based on the reality principle through which it looks at the pros and cons of an action before deciding to act upon or abandon impulses.

Freud used the analogy of a horse and horse rider to describe the relationship between id and ego. It is compared to a horse as a horse wanders around and does whatever it pleases in the absence of a rider. Ego is the horse's rider that gives it directions to follow proper paths. Some characteristic features of ego are as follows −

Moving away from the realistic principle, the superego tries to make the ego act upon idealistic standards. It also works to suppress all the unacceptable urges of the id. The superego consists of two parts- the conscience and the ego ideal. The conscience consists of information about things society perceives as wrong or immoral. Most often, these are forbidden behaviors and can lead to negative consequences, punishments, or feelings of guilt. The ego ideal includes rules and standards of behaviors that the ego aspires to achieve. Together, the conscience and ego strive to become one's ideal self. The ideal self is the imaginary picture of how one thinks they should be, usually determined by parental values and upbringing. Superego attempt to civilize our behavior, governing what one should not do and what are one's duties and obligations to society. Since it strives for perfection, if one cannot meet its standard, the individual will experience guilt. The superego extends to all three cognitive systems: the conscious, preconscious, and unconscious. Following are some characteristic features of the superego −

Their Interactions and Imbalances

Freud's psychoanalytical theory of personality enables one to understand how personality is structured, and its different elements interact. However, Freud's work has faced several criticisms as well. A major criticism of this theory is that it is difficult to test it as most predictions of this theory rigorously are vague and unfalsifiable. Regardless, part of Freud's work, like that of unconscious motivations and childhood experiences shaping one's personality, remains influential and is still used in clinical settings.