I have a ribbon-like tongue and thousands of tiny sharp teeth I have a protective case to house my gills. who am I?

Animals belonging to Molluscs Species like snails, slugs, octopuses, squids, and cuttlefish, have a ribbon-like tongue with numerous tiny, sharp teeth or a protective case or a layer of the mantle to house its gills.

Mollusks like clams have shells to protect their soft bodies, but slugs do not have shells. Snails crawl on their broad and muscular feet, but octopuses can swim. 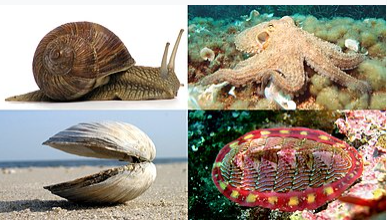 With at least 50,000 extant species, the molluscan order of animals is one of the most varied animal kingdoms in the world (and more likely around 200,000). It contains well-known creatures, including clams, scallops, oysters, chitons, octopuses, and squid. Some lesser-known subspecies of mollusks, such as the monoplacophorans, were originally believed to be extinct for millions of years until a specimen was discovered in 1952 in the deep water off the coast of Costa Rica.

The group of creatures known as mollusks all has soft bodies with conventional "head" and "foot" regions.

They frequently have a hard exoskeleton covering their bodies, similar to the plates of chitons or the shells of snails and clams.