How does phototropism occur in plants?

An example of phototropism is plant stem growth in the direction of sunlight (upward). 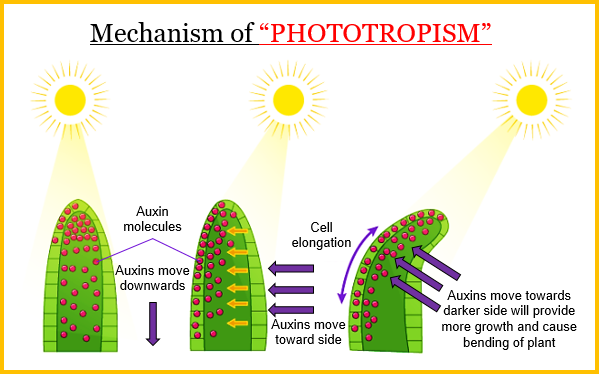