How are days named?

Have you ever wondered how we named the days of the week and the months of the year? The names sound fanciful enough to draw attention, and exotic enough to fire imagination.More importantly, why not just name them as 1st Day, 2nd Day, 3rd Day, or 1st month, 2nd month, and so on? Read on for some exciting answers that will lead you back in time. And learn more about Friggatriskaidekaphobia, days to get married, days to sneeze and some interesting facts and superstitions about each day

Thousands of years ago, early man was a traveler who covered vast stretches of land in search of food and favorable climate to lead a fulfilling life. When their numbers increased, traveling was not a feasible option anymore. The reasons could be geographical boundaries and the need to settle down. This was the foundation of farming then. And humans started to grow and cultivate food as compared to only searching for it. When farming started, they realized that there are certain things that are needed for crops to flourish. They started to realize the power of the Sun, because plants couldn’t survive in frost and cold. Moon was needed to tell them the passage of time with its shifting form. They feared the Wind and the Rain, as they knew that if it rained heavily, crops will be destroyed. 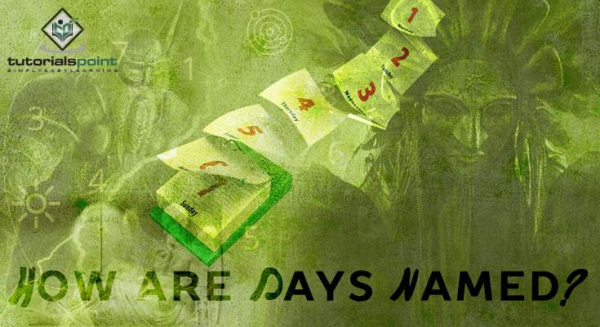 This acknowledgement of the existence of forces made them recognize a Greater Power whom they have to respect. And this is what started the Pagan Deity Worship, where they began worshiping and paying offerings to the Sun God and the Moon God, among many others. While understanding this series of occurrences, one must keep in mind that these events took place through hundreds of thousands of years and hence, must have taken an enormous collective and cognitive effort to realize them as we know them today.

The early Romans are generally credited with the naming system we have today. They had named their days in reverence to their Roman deities. Let’s see what logic and reason they had used behind putting the names of days and months.

The name derives its origin from the Latin phrase – Dies Solis, meaning Sun’s Day. Its alternative Latin name is Dominica, which means Day of God.

It might be interesting for you to know that until around the first century, the week used to start from Saturday, and Sunday was the second day of the week. However, with an increase in the worshiping of the Sun, the Sun’s day became more prominent and was promoted to the rank of the first day of the week. And from this Sun’s day, we get Sunday. 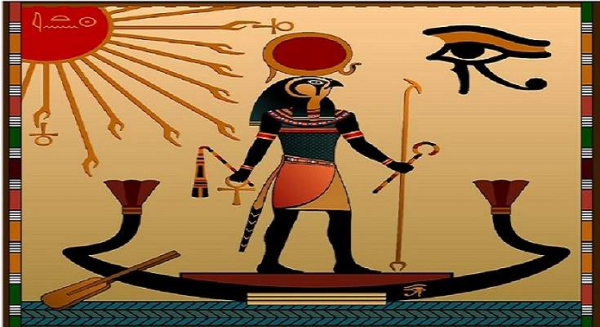 There are well-known beliefs held on not working on Sundays as that is supposed to be the day when God took rest after creating the world. In addition to that, certain superstitions about eating breakfast early on a Sunday leading to bad news, and clipping nails on this day causing loss of money still exist and are rigorously practiced in many parts of the world.

In spite of the general disliking, this day gets in the modern world – primarily because it being the day when you know you have to go back to work – there used to be genuine respect in naming of the day this way. The farmers found that harvesting the crops are better at night and figured out that this is due to the blessings of the Moon Goddess on them. 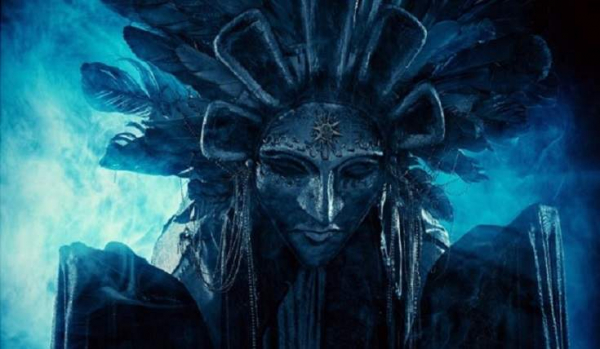 The name Monday is a derivative from the Anglo-Saxon Monandaeg or Mondaeg meaning The Moon’s Day. This second day was dedicated to the worship of the Goddess of Moon. Russians know that getting things done on a Monday is not in the best interests. So they are wary of starting a venture or a journey on a Monday. Interestingly, sneezing on this day, according to them, might get you a gift that very week! Also, as what may come across as joy to a few, and as a major heartburn to many- depending on which side of the wallet they are – if guests visit you on a Monday, then you may well expect guests every day for the rest of the week

Tuesday was named after the Norse god Tyr. The Romans named this day after their war-god Mars. However, a closer resemblance is found with Tiu (Twia) who is the AngloGermanic God of War. Many consider Tuesday to be derived from the phrase  Tiu’s Day. 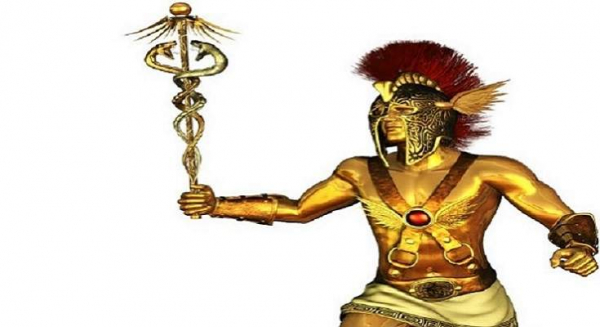 Some people still consider this day as the one on which you introduce major changes in your life, take new decisions and start new ventures. It is a great day for travel too. The only thing you aren’t supposed to do on a Tuesday evening, as per an old wives’ tale, is to borrow money.

Those of you who are familiar with the comic book character Thor or have seen the movie on it would know that Odin was the king of Asgaard, with Thor and Loki as his two sons. While certain details have been tweaked in the movie version to suit the makers’ cinematic vision, the legend is more or less the same. 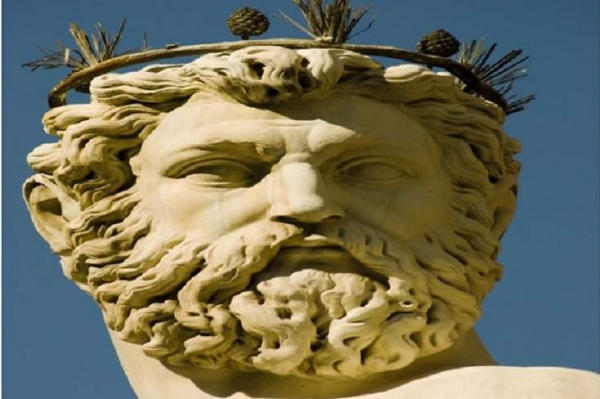 Woden (or ‘Odin’ as the Norse saying goes) is the ruler of the Aesir and the Supreme God of War. He had sacrificed one eye to gain wisdom beyond his years, for which many dubbed him insane. In fact, the name Woden derives its meaning from two words – wod (violent and insane) + en (leader). When the Romans went to war, they used to seek blessings from Woden, who was their God of War and in his respect, they named this day as Woden’s Day which became Wednesday. Popular superstitions that are attached to this day are it being a good day to marry but not for moving to a new house. Imagine the plight of the groom!

How can we mention the King and not the Prince? And as if on cue, here comes the mighty Thor – the Norse God of Thunder. He is depicted as a warrior riding a chariot, armed with the hammer Miolnir. He is the King-in-waiting for Aesir and serves as the defender of the kingdom. The name Thursday is derived from the Norse word Torsdag which means Thor’s Day. 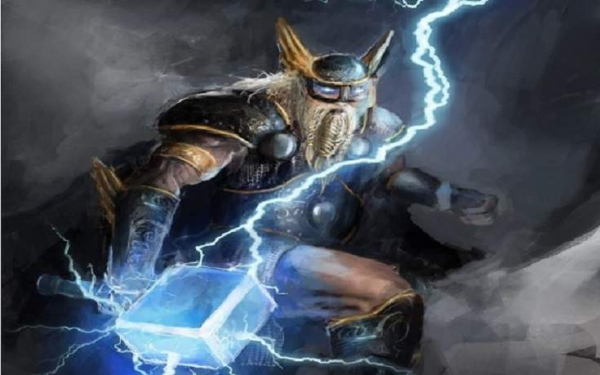 The Romans named this day as Jove’s Day, after Jove or Jupiter, their most worshiped God. On the customs and superstitions front, it is the easiest day of the week. Do whatever you want and it will be done the way you wanted it to. You can enhance the charm by waking up before sunrise and washing your face, as this brings good health for the week. The only things you are not supposed to do on a Thursday is eat chicken and spin wool.

And to round up the family, the Romans decided to dedicate one day to Goddess Freya, also known in Norse Mythology as Goddess Frigg, or Frigga. She is the goddess of marital love and cloud. The name Frigga comes from Freo which means free. 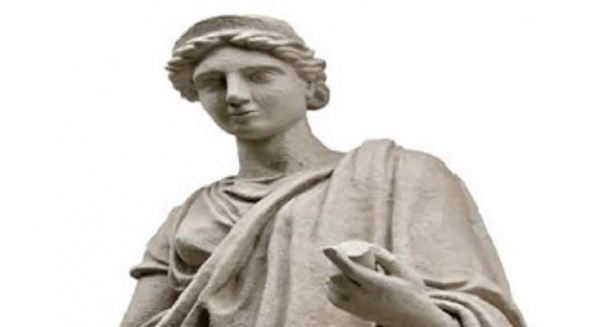 However, all this romance and love couldn’t prevent Friday from being considered as one of the unluckiest days in the week, especially when it arrives on the 13th day of any month. Friday, the 13th is considered to be the unluckiest days of all days, and many high-profile accidents have occurred in history on this day, most notably the Uruguayan rugby team’s plane crashing in the Andes on a Friday, October 13, 1972. The term Friggatriskaidekaphobia refers to an acute fear of Friday, the 13th. This shows the uneasiness this date brings to the minds of a lot of superstitious people.

Saturday is named after ,Saturn, he is the Roman God of Agriculture that ruled the earth when it was a virtuous place. People still have a superstition that if you start a new task on a Saturday, you will continue doing it on Saturdays only. 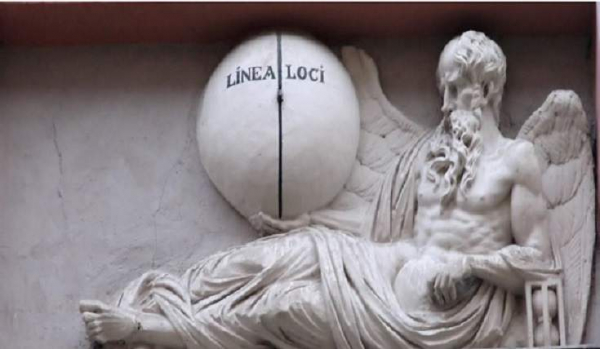 It is considered auspicious to shave on and sneeze on a Saturday, as it will result in the meeting with your beloved the next day. But don’t wake up early all excited the next morning and gobble down breakfast, as chances are that you will get some bad news when you eat breakfast early on a Sunday, just as we discussed at the beginning!

Wasn’t that fantastic? Who would have imagined that the names of days are all based on worship and reverence to the Pagan Gods? Romans and Nordic tribes all had their own reasons and, maybe, in the light of those days, they were justified too.

But having said that, what could possibly be the reason behind the names of the months? Let’s find out in next part of the article.