Though not exactly known, but it is believed that most likely, people of pre-historic age like Neanderthals and Cro-Magnons used some sort of clothing. And, the kind of clothing evidence of pre-historic age that archaeologists found, is a patchwork. Some fragments of pre-historic clothing (somehow) survived, which give an idea about it. Other sources of such information are cave paintings, carved sculptures, and fossils (of early humans).

Archaeologists also found that Neanderthal humans and other sub-species of Homo sapiens had used some sort of material for their body decoration. The red substances that believed to be symbolised blood, were used, but their purpose could not be identified that whether such body decorations were made to attract or frighten. One of the oldest evidences of body paintings that archaeologists found, belongs to 7000 B.S.E. and the earliest paintings of such type found in Algeria, a north African country. 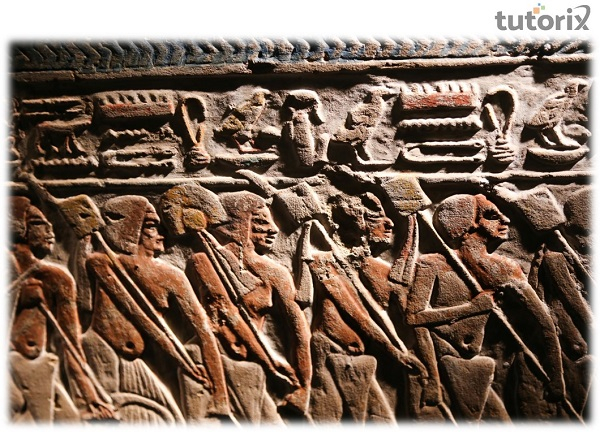 With such pre-historic commencement of clothing, especially from African countries, primarily it grew very slowly and it was largely to protect oneself from the adverse environment. Over a period of time, with the advancement of skill sets, clothing, sandals, shoes, etc., everything developed as per human requirements. The advancement of human skill sets made human beings sophisticated and fashionable, and they started manufacturing not only fashionably designed male and female costumes, but also occasion-based costumes, such as festival costumes, religious costumes, casual costumes, night costumes, war costumes, and even pregnancy costumes, etc. In addition to this, costumes were also designed on a class basis; for example, kings’ costumes, queens’ costumes, rank-based ministers’ costumes, sepoys’ costumes, farmers’ costumes, and labourers’ costumes. In gist, high class society costumes were entirely different than the lower-class society costumes during the same period of time.

Likewise, starting from the north and north-east African countries (particularly from Egypt), fashion grew in many other regions of the world, such as the Mesopotamia region, Greece, Rome, and India. Later, fashion started trending in almost all continents. Starting from North America to South America, Europe to Africa, and Asia to Oceania.

However, fashion in its real sense, or modern fashion, did not start until the 19th century, when for the first time, Charles Frederick Worth started a fashion house individually. In 1858, Charles Frederick Worth (an Englishman living in Paris) became the first fashion designer, who created his own exclusive fashion house. Surprisingly, before the mid-19th century, people were not aware of designers’ dresses and they were not able to differentiate between haute couture and ready-to-wear. But in late 19th century, especially in Paris (France), modern designs were created and from here fashion (of modern era) diffused in various parts of the world. 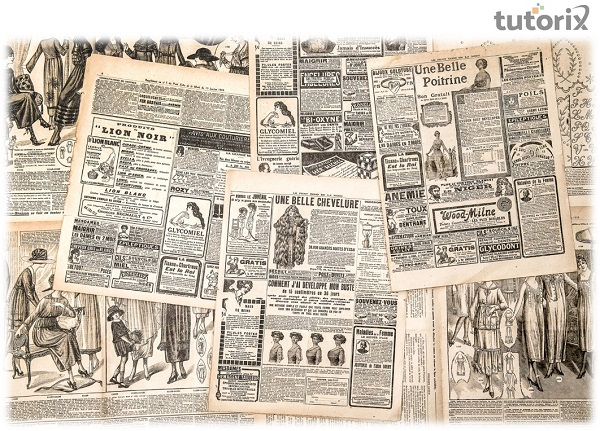 Furthermore, in the beginning of the 20th century, fashion magazines, with the rotogravure technology (it is a sort of intaglio printing process, under which an image is engraved onto an image carrier), and newspapers, started printing the photographs, and in a short period of time, people started liking them. The sale of these magazines had been increased exponentially and across the world, it had become popular. Some of the big names of this era were Georges Lepape, Erté, Paul Iribe, and George Barbier. They had drawn many attractive fashion plates for these publications to portray the most recent developments in fashion and beauty. Possibly, among all these magazines, the most popular one was "La Gazette du Bon Ton," which was founded by Lucien Vogel in 1912.

Interestingly, between 1920 and 1940, which was a cooling period between the two world wars, was the peak period for the development of cinemas, especially in Europe and in the United States. The development of cinemas had been given a kick start and fashion had diffused across the world in the same way as fire spreads in a jungle. This period is considered as ‘golden age of French fashion.’

After the Second World War, though fashion almost died for a few years, as many of the fashion centres closed, but by the 1960s, fashion again started growing swiftly. Paris (France) became the fashion capital of the world. By the late 20th century, fashion became one of the most integral parts of human life, and it spread globally and remotely. Popular Western styles were adopted almost in every developed and in developing country. Many designers, especially from Europe, spread their names all over the world. By 2000, the fashion industry had become an established business and started giving employment to lakhs of people globally.

Some of the top global fashion brands are:

Some of the top global fashion designers are:

The top Indian fashion designers are: