The Hippie was a youth movement that began in the United States in the 1960s. Hippie culture was characterised by the clothing that hippies wore, which set them apart from other people. Following the hippy movement, this style became popular. These people were well renowned for their distinctive attire, appealing designs and colours, and the way they wore them. The Hippies became well-known for the way they carried themselves. The Hippies prioritised independence and sought to preserve the area's uniqueness. They created eye-catching protest banners and held concerts to raise awareness of their cause. 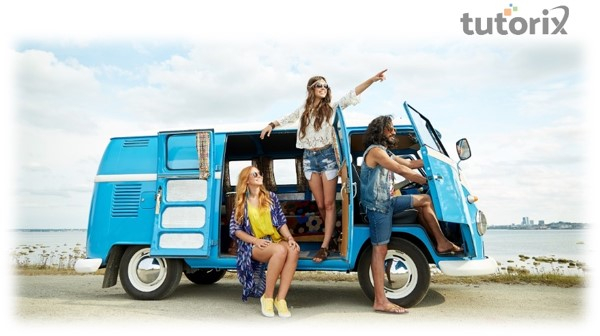 What is Hippie Fashion?

Hippie fashion, which was in vogue a long time ago, has changed the world’s perspective. They were dubbed the "sophisticated; currently in style; entirely current." They borrowed the term "hip" from music and began using it to describe themselves. Hippies established their own groups and engaged in psychedelic music consumption. It gave them the idea to decorate their clothing with psychedelic prints.

The History of Hippie Fashion

The world began to see the emergence of new technology in the late 1800s. Everything was altered, including how the world functioned and seemed. However, other people, particularly artists, did not support this radical transformation. As a result, movements began in several nations. The painters used colourful patterns, feminine figures, and plant motifs because they didn't want the uniqueness of the city to disappear. People were compelled to live outside of cities during the Vietnam War. They began to protest and hold concerts as a means of expressing their fury. These performances primarily featured psychedelic music. By the middle of the 1960s, there was a small artistic renaissance. The lively, flowery motifs on textiles in particular were a natural fit for them. Hippies were known for their trippy fashion and attractive female figures. On the posters, they drew abstract curves and flowers. Their vibrant and unique posters captured the attraction of people in the 1960s.

Researchers used two methods to study the hippy scene. Others liked to examine fashion from the standpoint of patterns, colours, and cuts, while some concentrated on examining the causes of the formation of the trend, how it progressed, and what it represented. Hippies were free to join the movement and never made any distinctions based on their gender, colour, or age. People were inspired to be authentic by the counterculture club that the hippies symbolised. They depicted strange patterns and trippy floral, animal, and natural picture motifs. Their attire was distinctive and revealing.

Following are the major attractions of hippie fashion −

The Hippies were distinct because of their fashion. Hippies tended to dress in extremely loose, comfy clothing. Typically, both men and women acquired long hair that flowed like a river. Due to the high cost of fabric, hippies began to design and colour their own clothing. They frequently wear bell-bottom jeans with ankle fringe and flower patches as their attire. Their jeans were worn with peasant blouses, T-shirts, or short halter tops. They also enjoy wearing accessories, preferably handmade ones. In general, hippies loved psychedelic designs.

Their hues, as well as the style, were appealing. They typically preferred wearing vivid colours over monochromatic hues like black, white, or grey. They made a different choice for their outfit's colour scheme. They liked wearing purple because they thought it might help them connect with their spiritual selves. Blue encourages people to dream and develop their creativity. Green, to feel more in tune with nature. Yellow, orange, and red were once thought to help people emotionally, spiritually, and physically connect with themselves.

If they were distinguished from one another other than by their hippy garb, it would be by their accoutrements. They wore incredibly distinctive accessories, which made them stand out and be quite attractive. Women were drawn to the music by the jewellery they were wearing. They wore widely worn beads and necklaces that featured peace signs on the front. They frequently displayed various rings, lockets, and bracelets on their bodies. The bands were numerous and lively. In them, hats and hair jewellery were highly common.

It's hard to imagine that today's dress-up has been influenced by hippy fashion trends. Bell-bottom jeans, which are very popular today, were directly influenced by hippies in the 1960s. Women wore several types of them. Wide-legged pants, maxi dresses, and knee-high boots are popular fashions in the contemporary era. Denim jackets and halter tops are two items that are frequently worn that were inspired by hippie fashion.

Many people were encouraged to live their lives on their own terms and conditions by the hippie movement. They stood out from the crowd thanks to their distinctive mode of depiction. It was the era when part of the large population began expressing their opinions through how they dressed and how they lived. The primary hippie mottos were peace and freedom. They influenced many people's lives and inspired the fashion industry with a fresh perspective. Their decision to get in touch with nature made the globe more peaceful.