Great Initiative by Kerala Villagers to revive a Dead River !!!

Do you think it was an easy task to revive back a river declared ‘dead’ for almost ten years? But the villagers of Alappuzha district have made it possible with their strong willpower and physical strength.

After 70 days of back-breaking effort, the 700-strong local group of villagers, mostly women, have waded through the toxic waste and physically cleaned the river and resuscitated life into it. In the process, many have fallen ill with deadly water-borne diseases but have not yielded to stop. They have physically de-silt and cleaned the river, and made the impossible dream turn into reality. 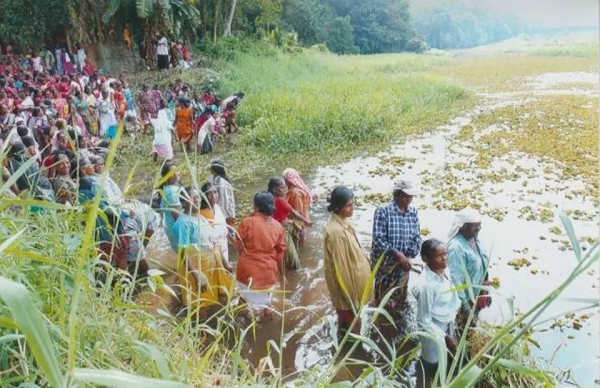 The Kuttemperoor River was a tributary of Pamba and Achankovil rivers and has been a source of drinking water for the residents of Budhanoor. Apart from providing irrigation for acres of paddy fields, the river had also been a route that was used by local traders for transporting their goods.

Villagers faced acute water shortage due to the slow death of the river. Then came the initiative vehemently led by the Budhanoor gram panchayat in Alappuzha district, and they did the unimaginable!

Sri Vishwambhara Panicker, the panchayat president, was the main driving force behind the initiative. The plan for the river resuscitation had been going on for many years but nothing was solidified into action.

It was only in November 2017 the river cleaning drive materialized into reality. The villagers took help of National Rural Jobs Guarantee Scheme and started working from February. It was a mammoth task to clean the weeds and then plastic that was lodged solidly in the river bed. The next step was to dredge the water of pollutants and other debris dumped over the years. They could see the results only on the 45th day when the water flow has started. The full flow was restored on the 70th day. 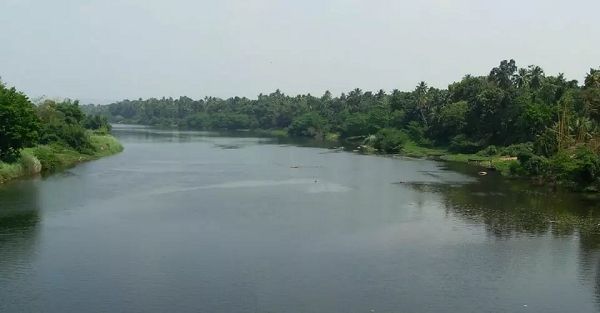 “It was not an easy task and at times had been dangerous too. It indeed was a mammoth task to clear years of waste that consisted of sewage, plastic waste, and clay sediments,” said Sri Vishwambhara. Once the weed and plastic were removed, they reached the bottom of the river, where thick solid waste had been accumulating over the years.

“The extent of joy we felt when a boat took people for the tour after the revival of the river is something we can’t explain. A river that didn’t even have enough water to be called by the name, it was an impossible dream transformed into reality,” said the jubilant villagers.

The 12 km long river is now brimming with water and inviting children to play on her green banks once again.