Everyone feels stressed, and this is a common human response. Meaning of stress for every individual is unique. For one individual, something that makes them stressed out might not be that important. Although stress is frequently seen as a psychological burden, the body also feels the effects of stress physically. People may become more conscious of these physical symptoms of stress by being aware of the stages the body goes through when it experiences stress. The body's heart rate, respiration, and changes in eyesight are all under the direction of the body's autonomic nervous system. The body is equipped with a "fight-or-flight response" that helps it deal with stressful situations. 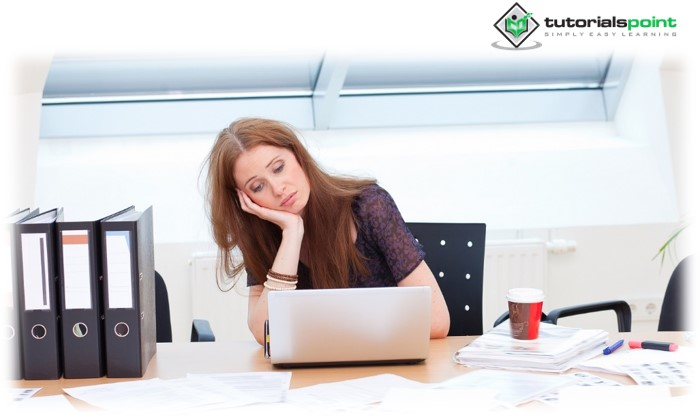 What is General Adaptation Syndrome?

The 20th Century scientist Hans Selye first described the General Adaptation Syndrome in 1950 as the body's response to a threat to better prepare it to survive. In addition to the numerous specific defense responses (such as the development of particular antibodies, assimilation to cold, tolerance to morphine, and hypertrophy of frequently used muscle groups), there is an integrated syndrome of intricately linked adaptive responses to non-specific stress; Selye termed this as the "General Adaptation Syndrome" (G.A.S.). It contains three stages - Alarm Reaction, Resistance, and Exhaustion are the stages.

Most of the Alarm Reaction's hallmark symptoms include tissue catabolism, hypoglycemia, gastro-intestinal erosions, the release of secretory granules from the adrenal cortex, hemoconcentration, etc., go away or even reverse during the stage of resistance but come back in the stage of exhaustion. This shows that adaptability, also known as "adaptation energy," is a limited resource and that hereditary variables essentially determine how much it may modify an organism's ability to adjust to changes in its environments. 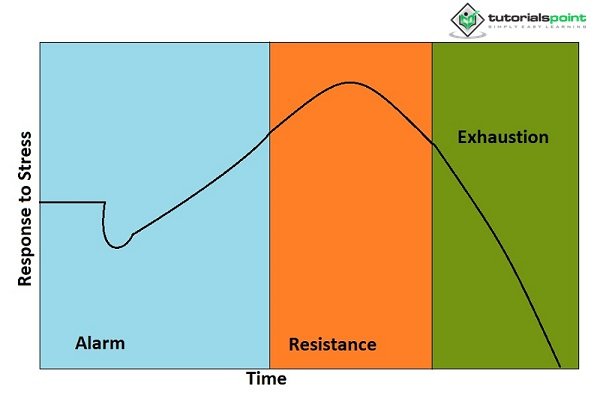 The first response of the body to "perceived" stress is the alarm, fight, or flight. During the alarm reaction stage, a distress signal is delivered to the hypothalamus, a brain region. Glucocorticoids are a class of hormones that are released from the hypothalamus.

The stress hormones cortisol and adrenaline are released in response to glucocorticoids. An increase in energy is brought on by adrenaline—both their heart rate and blood pressure increase, and blood sugar levels rise concurrently. The sympathetic branch of a person's autonomic nervous system (A.N.S.) is responsible for controlling these physiological changes.

A person is ready to react to the stressor at the alarm reaction stage of the G.A.S. This is commonly referred to as a "fight-or-flight" reaction.

The goal of the second stage of the stress response, resistance (adaptation), is to develop optimum adaptation in order to withstand the stressor. The psychological and physiological equilibrium that develops after a stressor has been successfully eliminated, adapted to, or dealt with by the individual is maintained by everyday stressors or eustressors.

The body attempts to reverse the physiological alterations that occurred during the alarm reaction stage. The parasympathetic division of the autonomic nervous system (A.N.S.) controls the resistance stage. By lowering cortisol production, the parasympathetic branch of the A.N.S. strives to get the body back to normal. Heart rate and blood pressure begin to normalize.

During the resistance stage, the body will return to normal if the stressful circumstance ends. The body will continue to be on alert and create stress hormones if the stressor persists, in any case. A person with this bodily reaction may find it difficult to focus and become agitated.

The final step of the stress reaction, exhaustion, a continuous, chronic response to stress, might increase one's chance of developing various multifactorial conditions. These may trigger a downward cycle of tension, weariness, and extinction.

The body has now used up all of its energy reserves while attempting and failing to return to the initial alarm reaction stage. When stress reaches an exhausted stage, a person's body can no longer combat it. They might go through fatigue, sadness, anxiety, and a feeling of inability to cope with stressors. A person runs the danger of acquiring stress-related health disorders if they do not discover measures to regulate their stress levels at this point.

When Does G.A.S Take Place?

Selye's research was restricted to physical stresses like extreme cold and physical exhaustion. However, it is now known that the same bodily reactions to stressful life events occur on a psychological level. Other life situations that might lead to stress and G.A.S. include failed relationships, loss of employment, Health issues, financial troubles, etc.

Knowing what causes stress is the first step toward managing G.A.S. People experience stress differently, and they must recognize the circumstances and events that are especially distressing for them. Then, it can alter the lifestyle to lessen exposure to certain factors. For instance, the long travel for a job could be stressful. Thus, relocating job duties closer to where one lives or asking to work remotely may be helpful. Finding a strategy to minimize the effect of a stress trigger on the body and mind is crucial when avoiding it is not an option. Few empirical strategies that may be helpful are aerobic exercises, mindfulness, relaxation exercises, diaphragmatic breathing, and journaling.

The General Adaptation Syndrome is the body's immediate and long-term response and adaptation to stress to reestablish homeostasis. Regardless of the kind of stress, it follows a fairly consistent pattern. It is a three-stage process. Life events and psychological stress are some of the causes of the process. It is essential to establish management strategies to minimize the impacts on the body. Changing one's lifestyle to lessen stress may be easier if one is aware of their stress triggers.