India is a country that has had an ancient, rich, and spectacular diversity of cultures and traditions. If we talk in terms of dresses, there are dozens of designs, and not only that, many designs are occasion specific, such as, night dress, casual dress, dress for work, dress for king, dress for queen, dress for lower class people, dress for upper class people, dress for war, dress for cultural programs, dress for dance, dress for play, dress for festivals, and even dress for kids. All these designed dresses have existed in India for thousands of years, but they were not used as a flaunting profession, as they are today. But from late 1970s and early 1980s, fashion designing gradually started taking shape as a separate field of profession. And, globalization and liberalization of the Indian economy in the early 1990s gave a big opportunity to the fashion industry to flourish as a full-fledged industry in India.

The Growth of Fashion Design in India

After the independence of India, amidst the Indian traditional dresses, such as dhoti, sari, ghaghra, choli, lungi, kurta, etc., western dresses also became popular. Many of the traditional dresses are mixed with western designs and launched in the market to attract the large customer base. 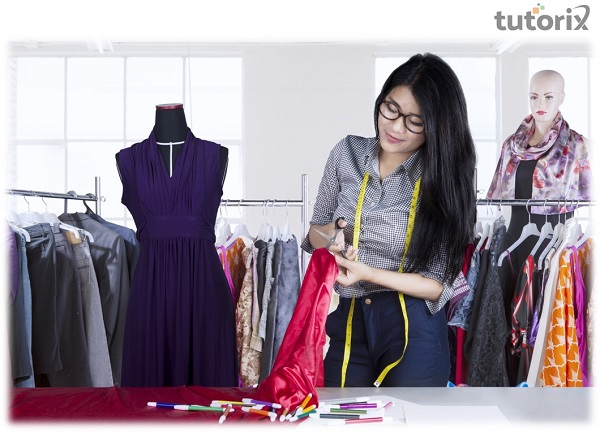 A popular Indian fashion trademark, which is embroidery, is applied and many new designs are created with the art of sewing distinct threading patterns. Over a period of time, a new way to include the traditional look and create a trendy fashion style was through embroidery. It was applied to various dresses, including skirts, saris, ghaghras, and even shirts and pants. This style very soon became pretty popular, as it reflects the Indian tradition flavored with western culture.

To develop the fashion industry in India, Ritu Kumar is a big name. After completing her education from Lady Irwin College, Delhi, and then from Briarcliff College, New York, USA in the field of Art History, she began her fashion business in Kolkata, West Bengal, where she revived the traditional hand block printing techniques of Bengal. In the course, she sets up the fashion industry. In 1966, she opened her first boutique in Delhi. In 1973, she showcased her first Zardozi embroidery in her trendy garments. In a few years, embroidery became the most popular and applauded design for Indian wedding dresses.

Ritu Kumar’s work, along with the increasing trends of fashion in western countries, has fascinated not only the customers, but also many youngsters, who have also started thinking about setting up their career in the field of fashion designing. So, in the 1980s, the first-generation fashion designers started coming up. Among the big names, Satya Paul and Rohit Khosla are the most prominent. In 1987, Rohit Khosla, along with Tarun Tahiliani, Abu Jani-Sandeep Khosla and others, set up "Ensemble." In the 1970s and 1980s, ‘Anarkali-style’ was pretty popular (because of the 1969 movie Mughal-e-Azam). But in 1988, Abu Jani-Sandeep Khosla artistically blend the Mughal-e-Azam’s costume and Meena Kumari’s costumes that she wore in Pakeezah (in 1975) and created a floor-length Anarkali-style of churidaar-kurta. In a short span of time, it became the Indian version of the ball gown.

Furthermore, in the early 1990s, the liberalisation of the Indian economy boosted the fashion industry as it opened to MNCs. As a result of this, fashion in India reached the remote parts of the country and it increased in terms of volume as well as in terms of trends. In 1992, inspired by the corsetry-raining in France, Suneet Varma designed an indo-western metal breast plate, which was followed by the "corset blouse" made with satin, polyester taffeta or stretch lace. Across the country, lakhs of customers like this design.

In 1998, Monish Jaisingh introduced another attractive and fascinating design. He shortened the traditional kurta and created the Kurti, which became popular not only in India, but rather across the world as the "Indian embroidered tunic."

By 2000, Manish Malhotra, a name popular in Indian cinema (Bollywood costume designer), became an imperative influence on Indian fashion. He designed the trendy dresses for many actresses including Urmila Matondkar (specifically in Rangeela, 1995) and Karisma Kapoor (in Raja Hindustani, 1996). In 2000, he designed a "cocktail sari." To design the cocktail sari, Manish Malhotra used pastel colors and fabrics like chiffon, satin, and net. This combination revived the typical Indian sari in a modern avatar. Because of him, Bollywood fashion started influencing people across the country (specifically in north India). Likewise, the era of collaboration between the leading fashion designers and Bollywood actors and actresses began. Along with the fashion models, Bollywood actors and actresses also started walking on the ramp, which made fashion a million-dollar industry in India.

Institutional Set up of Fashion Design

In 1986, the Ministry of Textiles, Government of India, established the National Institute of Fashion Technology (NIFT) in Delhi. The NIFT is supported by the Fashion Institute of Technology, New York, USA. Since then, the institute has been producing dozens of creative and trendy fashion designers for the country. In addition to NIFT, in 1986, the Fashion Design Council of India was also established. One of the most popular fashion shows. India Fashion Week is organized by the Fashion Design Council of India in New Delhi. India Fashion Week endorse and encourage the new fashion designers as well as other professionals working in fashion industries.