It may have been clear that the character differs from person to person, as we frequently observe how varieties of species lie within our surroundings. However, have you noticed that people around us are similar in blood relations? If a particular family is delightful and pleasing in terms of their commitments, then we assume identical traits for all the family fellows; this is how when we see an imperfect person, we suspect that their character might be a result of their ancestors. Why is such a psychological judgment made? To know more, start reading the added article.

What is Eysenck's Personality Theory?

The National Institute for Health Science found out that only 40% of the population has no idea what being a "personality" means. According to Eysenck's personality theory, you are more likely to be successful if you have more self-confidence than confidence in your ability to succeed.

The PEN Model of Eysenck Instrument.

Earlier, as mentioned, there were only two dimensions of Eysenck's personality theory which measure an individual's extraversion and neuroticism traits. However, now Eysenck's approach focuses on three dimensions named after PEN. Coming next are such dimensions.

Extraversion-Introversion − In psychology, the terms "extraversion" and "introversion" describe two different personality types. Extraverted people are outgoing and friendly, and they tend to be energized by social interactions and quickly get bored when alone. Introverted people are more reserved and prefer solitary activities; they are often more thoughtful and reflective than extroverts. Both personality types have their strengths and weaknesses.

Neuroticism-Emotional Stability − Neuroticism is a personality trait characterized by anxiety, worry, and insecurity. People high in neuroticism tend to be more vibrant and reactive to stress, and they are also more likely to experience negative emotions like sadness, anger, and fear. Conversely, emotional stability is the ability to remain calm and level-headed during stress or adversity. It is a trait prized in many cultures and professions and can be learned and cultivated. 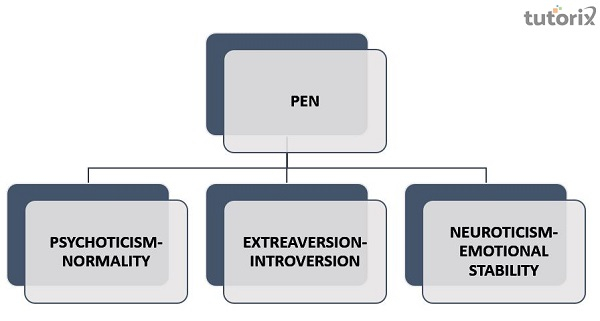 The biological basis of personality is the collection of brain systems and mechanisms that underlie our differences in behavior and temperament. It includes everything from our genes to the structure of our brains to the chemicals that regulate our moods. Researchers are just beginning to understand the complex interplay of biology and the environment that shapes our personalities. Nevertheless, there is evidence that biology plays a significant role in who we are and how we behave. In this article, we will explore the evidence for the biological basis of personality and what it means for our understanding of ourselves.

The two factors of the five-factor model, extraversion-introversion and neuroticism-emotional stability, create four combinations related to the four basic temperaments recognized by Greeks − 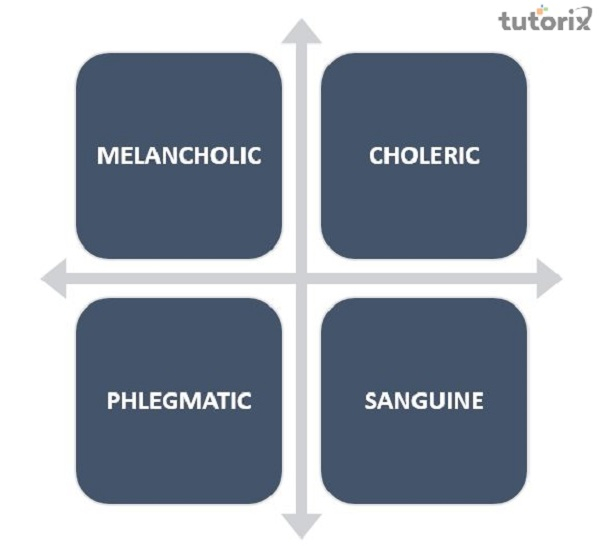 We have discussed so far Eysenck's theory. In this last part of the article, we conclude that the approach is based on the idea that there are two independent dimensions of personality. Furthermore, it has been influential in personality psychology and used to explain various phenomena, including individual differences in behavior and mental health.