Many people, you might have seen, have the habit of skin picking; willy-nilly, such people remained engaged in doing so. Though in the beginning, it is not a problem, but when people start doing it repetitively and compulsively, it becomes a problem. 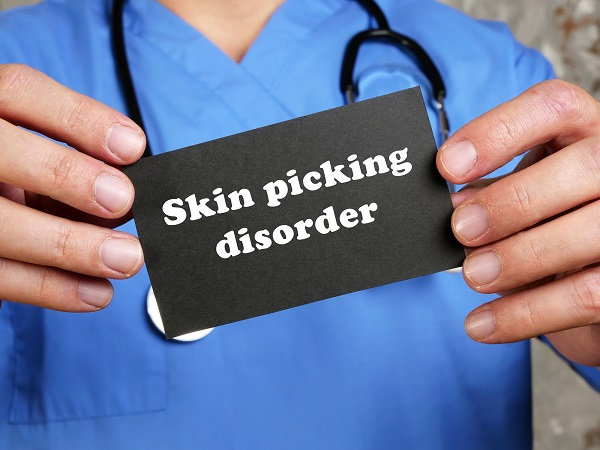 Excoriation, also known as dermatillomania, is a skin picking disorder characterized by repetitive and compulsive skin picking. It can cause serious tissue damage that may require several dermatological procedures to cure. Since the 19th century, excoriation has been documented in the medical literature- epidermotillomania, skin-picking syndrome, para-artificial excoriation, nervous scratching artifact, and emotional excoriation. However, only in 2013, it was given an independent diagnostic entity in the fifth edition of the Diagnostic and Statistical Manual of Mental Disorders (DSM-5).

People may pick their skin from any body part; the most common sites for skin picking are the face, hands, and arms. Picking can be done on calluses, pimples, healthy skin, minor skin abnormalities, and leftover scabs from the last picking. Most people use their fingernails to pick, but many others use tweezers, pins, etc. People may also rub, squeeze, lance, or bite their skin, apart from picking. People with the disorder may spend several hours a day picking their skin, continuing the pattern for several months or years. 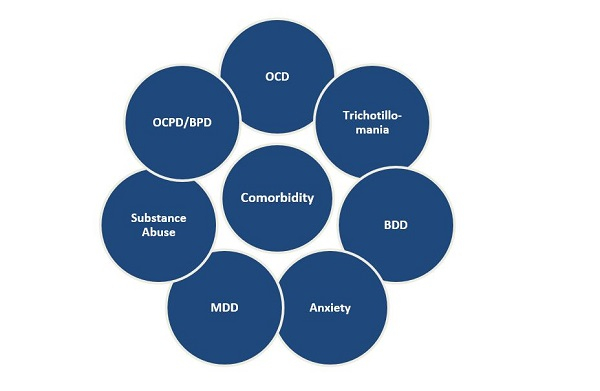 In the general population, the skin-picking disorder has a lifetime prevalence of 1-5%; in the teenage, it is around 12%; and it affects 2% of the patients with other dermatologic illnesses. Although excoriation disorder is found to occur at any age, but it usually begins in adolescence and likely to coincide with puberty. Women are more likely than males to develop the disorder- more than 75% of the diagnosed are females. However, this could also be a case of seeking treatment depending on gender or cultural appearance standards.

There are three basic criteria mentioned in the DSM-5 essential for the diagnosis of the disorder. The essential feature, as mentioned, of the skin-picking disorder is persistent skin picking, leading to skin lesions. However, the lesions may not be visible to others, given frequent attempts by the patients to conceal or camouflage them via clothing or makeup. It is also essential that the individuals with the disorder must have had frequent attempts to reduce or stop picking. Chronic skin picking causes significant impairment in social, personal, occupational, academic, and other areas of life. It may be accompanied by distressful feelings like shame, embarrassment, and a consistent feeling of loss of control. To diagnose, the above symptoms cannot be attributed to substance abuse or be explained by any other medical issues like scabies. These can neither be a part of other mental disorders, like intentional self-harm, specific recurrent movements in stereotypic movement disorder, non-suicidal self-injury, delusions or tactile hallucinations as a part of psychosis, or improvements made to a perceived imperfection in appearance in body dysmorphic disorder.

The act of picking skin, at times, is accompanied by several rituals or behaviors that involve skin or scabs. For example, an individual may look for a certain sort of scab to pick, and when picked, she/he might analyze, play with, chew, or swallow the skin. Various emotional states may precede or follow skin picking. Anxiety or boredom can serve as triggers for skin picking, which may be preceded by an increasing sense of tension (either right before picking the skin or while attempting to resist the urge to pick) and followed by a sense of satisfaction or pleasure once the skin has been picked.

Causes and Development of the Disorder

Picking may also be a route to relieve stress for some patients. For instance, skin-picking has been linked to marital issues, the death of loved ones, etc. It has been hypothesized that abnormalities in glutamate metabolism, serotonin, and dopamine are an underlying neurochemical cause of the condition, although further study is required to confirm this. Usually, the observed onset of the disorder is with a dermatological problem like acne. The sites of skin picking may vary over time for different individuals. If left untreated, the typical course of the disorder is chronic, with some waxing and waning.

A lack of empirical data exists regarding the treatment of excoriation. However, the current management strategy entails a thorough psychiatric evaluation, behavioral therapy, and Psychiatric and dermatological medication. Cognitive Behavioral Therapy (CBT) and Habit Reversal Therapy (HRT) are two major psychotherapies that have found support in treating the disorder.

Pharmacological agents include selective serotonin reuptake inhibitors (SSRIs), lamotrigine, opioid antagonists such as naltrexone, and glutamatergic agents such as N-acetyl cysteine (NAC) and riluzole have found empirical support in the treatment.

Excoriation Disorder is marked by repetitive and compulsive picking of the skin leading to skin lesions. The accompanying shame prevents those who have it from participating in society and also impairs functioning in other areas of life. The causes are still unknown; however, different theories speculate on various reasons for its occurrence. The onset is usually in puberty and affects females more than males. Both medication and behavioral strategies are required to treat the disorder.