Erik Erikson: As A Psychologist

Erik Erikson: As A Psychologist

Isn't it common for us to believe that teachers must be well educated and loaded with higher education degrees? However, this is not always true. Sometimes the best academicians come up not as people with very high academic degrees but with great curiosity and zeal to bring out something new and better. One such researcher in the history of psychology is Erik Erikson. An icon in modern psychology, he introduced some of the most revolutionary developmental and personality psychology ideas that are still relevant. Below, we explore Erik Erikson as one of the most influential psychologists.

Erik Erikson (1902–1994) was a German-born artist who had an initial education till high school and a specialization in the arts. He attended art school and traveled to Italy in search of meaning in his early life. Later, he was invited to teach art at the school for Sigmund and Anna Freud's patients' children on the recommendation of his friend, Peter Blos. His time at this school instilled in him the seeds for his later findings and interest in the field of psychology. At this school, not only did he explore Freud's psychoanalytic schools of thought, but he also got a first-hand experience of psychoanalysis when he was called for a session by Anna Freud.

After his initial exposure to psychology in Vienna, Erikson got his Montessori and higher education in psychology, like psychoanalysis. After that, he immigrated to the United States of America in the year 1933, and it was the same year he graduated from Vienna as a psychoanalyst. In the USA, he initially worked as an associate at the Harvard Psychoanalytic Clinic, where he also pursued higher studies. Erikson found it difficult to adjust to the experimental and behaviorist psychology that was followed at Harvard, because of which he left Harvard and went to Yale. Later in his life, he came back to Harvard. Erikson's experience in these different institutions shaped his perspective on psychosocial development and personality, which revolutionized the fields of developmental and personality psychology.

Though Erikson's view of human nature was highly influenced by psychoanalytic thought, his perspective differed from Freud's. Erikson believed that although childhood experiences are important in the development of an individual, there is more to them, and social and cultural factors also play an important role in it. Further, he suggested that personality development occurs throughout one's life instead of only in childhood. 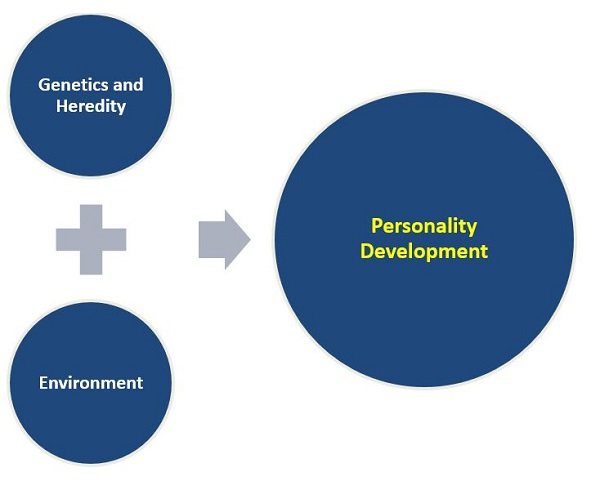 While talking about human nature, Erikson suggested that we all have the potential for positive and negative traits within us. He goes on to say that the influence of biological forces is not inevitable, and thus genetics can only create a predisposition. It is up to us to develop any traits. Interestingly, unlike Freud, while talking about personality development, Erikson gives a lifelong-stage perspective on psychosocial development. He also suggests that crises at one stage can be resolved later.

Thus, Erikson has only a partially deterministic view of human nature and development. He believed that while heredity does play a role, learning and experience are more likely to affect personality as one grows older. Erikson also proposed that individuals become more in control of directing their actions and behavior. Additionally, he suggests that we are less in control during the first four stages of our life.

Furthermore, Erikson elaborated on the crisis faced during adolescence and midlife. He believed every stage of life is characterized by a crisis or a conflict that needs to be resolved for better adjustment in the next stage. He also proposed the concept of ego identity, which he considered important in adapting to each stage's crisis. Unlike many of his contemporaries, he believed in the role of society in development, thereby naming his theory the "Theory of Psychosocial Development. "His major publications are − 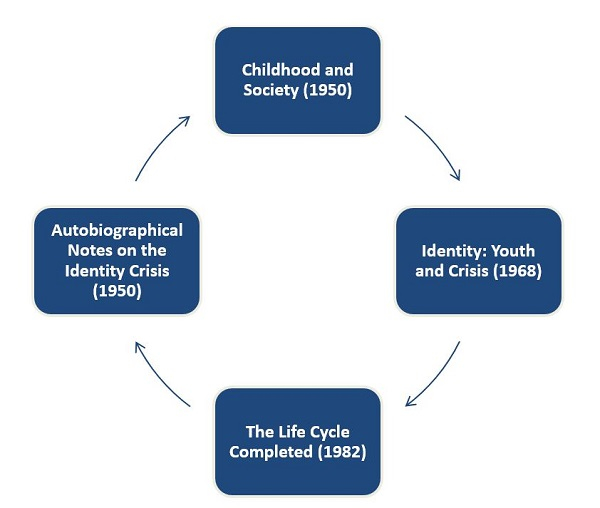 The Autobiographical Notes on the Identity Crisis was a celebrated book as a constrained analysis of Erikson's identity crisis. This contained a famous chapter-the, "Eight Stages of Life," which is considered relevant to getting an insight into the development of Erikson's theory. Erikson examined not only his identity issues but also those of some great personalities like Gandhi, Luther, and Jefferson.

Erikson is considered one of the greatest psychologists of the twentieth century. His propositions are relevant even decades after his publications. The major strength of his theories is that they are not purely biological or genetic, but rather a social element is attached to them. Further, he also believed in lifelong development. While there are many positives to his propositions, there were limitations. Erikson explored little about the influence of culture on the development of an individual. Further, though he talked about the lifelong development process, he focused mostly on development during childhood. Additionally, like any other psychologist of his time, his theories were more applicable to men and western culture. Overall, Erikson's theories are very insightful and relevant to understanding early development and later development.