If we check out the historical background of the development of the fashion industry, we will find that from time-to-time, economic factors such as recession, inflation, the national economic policy, and of course, economic growth have profound influence over fashion. During the recession or financial hardship, the only priority is food. People are hardly concerned with their clothes, dresses, and styles. Likewise, such a period is very difficult for fashion. It is almost struck down. For survival, most of the fashion companies reduce the cost by changing the materials and producing cheaper garments.

How Does Economic Factor Influence Fashion?

Because of the growing contribution of the fashion industry to the national economy as well as in global economy, fashion has become one of the indexes to measure the economy of a respective nation. High fashion and the practice of Haute couture fashion means, country is developed, economic growth is stabilized, and hence, the economy is strong. On the contrary, if people have just basic clothes or dresses to wear, it means the country is in developing state and economy is under developed.

In addition to this, fluctuations in the economy substantially affect fashion. For example, during the recession or pandemic time, fashion becomes the least priority and issues like "value for money" and durability become more important and hence it affects the demand for trendy items. On the other hand, if the economy is strong and national income is high, fashion flourishes.

Furthermore, the global effect of devaluation of the dollar, international trade agreements, fluctuations in inflation rates, etc. affect the global economy. As a result, manufacturing, marketing, and, of course, buying patterns get affected. For example, the 2007–08 recession, affected the whole world. Many of the private companies struck down, people lost their employment, and national income went record low.

Another such condition at national level is bankruptcy; for example, Argentina’s economic crisis (1998-2002); though after this period, she improved, but still facing a financial crisis; Greece's financial crisis (2009); and recently, Sri Lanka’s financial crisis, are some of the harsh examples that badly affected not only the fashion industry but all industries of these nations.

What Are the Economic Factors that Influence Fashion?

So, the following are the important economic factors that substantially affect the fashion industry:

Recession: In the nation’s economy, it is a temporary period of decline of economy; during this period, trade and industrial activity go down, and it is measured by a fall in GDP in two successive quarters.

Inflation: In the nation’s economy, it is a temporary period during which, the prices of goods and services go up; the value of money decreases and living costs increase. The prices of every product are very high and hence very difficult for the common people to afford anything other than food items. Surprisingly, many people cannot buy even food. 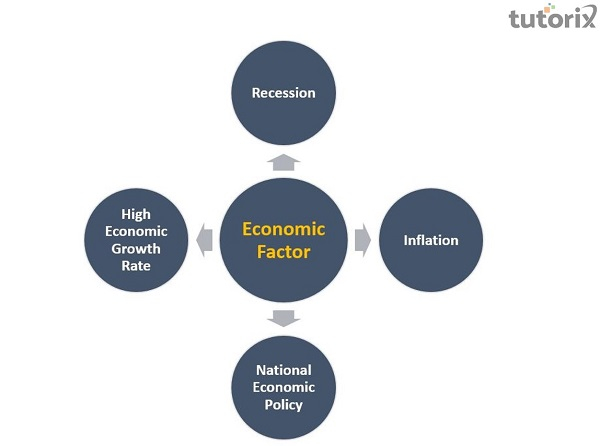 National Economic Policy: National Economic Policy refers the laws and rules made to regulate business and trade industry. If such rules and laws are strict, the taxes are very high, then the prices of (specially) the luxurious products will be high, which is not approachable by the people of the middle-income group. On the other hand, if the national economic policy is liberal, taxes are comparatively low, then it is good sign for the business and trade industries. For example, after 1990s changes in national economic policy (i.e., liberalization, privatization, and globalization), hundreds of industries grew in India.

High Economic Growth Rate: Last but not the least, if a country’s economy is strong and thriving, in such a condition, the fashion industry grows, as every person not only wants have trendy dresses, but also can buy them.

Economic factor is an important factor that guides the nation’s economy, which includes all business and trade industries, whether it is small or big. And the fashion industry is one of them. So, we can say that the status of fashion defines the economic condition of the country.