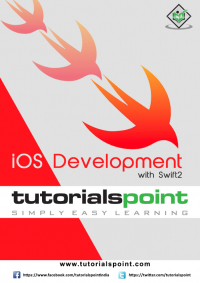 iOS (formerly iPhone OS) is a mobile operating system created and developed by Apple Inc. exclusively for its hardware. It is the operating system, which presently powers most of the mobile devices.

The most popular ones include the iPhone, iPad and iPod Touch. In this tutorial, we will be covering some basic to advance concepts of iOS, after which you will find yourself at an intermediate level in iOS development.

This tutorial is designed for programmers who want to understand the iOS Application development using the Objective Swift Programming Language.

In this tutorial, we will be implementing and Learning at the same time. This tutorial is intended to make you comfortable in getting started with iOS Development with Swift and its various functions.