For Professionals Who Want to Be Seen as Credible

Global Credibility Expert, Mitchell Levy, is a human whose purpose in life is to serve those who want to be seen as credible. He has interviewed over 500 thought leaders from across the world on their credibility which led to the creation of this book.

"Credibility Nation" was written with the intention of enlightening humanity about what credibility truly is, how important it is as we move forward to the future, and how we can transform ourselves into credible humans. Credibility is the blueprint that will guide us to help make this world a better one for this generation and the next.

For many years, a silent and important war has been fought between two nations.

Dubious Nation is on a winning streak and is vanquishing Credibility Nation a thousand times over. It’s shocking to see how many people are forgetting how important it is to live and transact business in a credible way.

I believe that there’s still hope. There’s still a way for Credibility Nation to win. It definitely won’t be easy, and it won’t happen in a day, but we can do it.

The path toward credibility starts with seeing and acknowledging that the world has changed.

We used to live in a village economy where people did business with a handshake. That was a time when people exchanged goods and services for other goods and services without using money. In that kind of economy, when a proprietor's product didn’t live up to expectations, the villagers would either self-correct or ostracize.

The industrial age is a time where power and status are everything. The higher you rise on the corporate ladder, no matter what means you took to get there, the more successful and happier you become. The industrial age is dominated by self-satisfaction and self-interest.

Today, we’re slowly transitioning to the global village. It is similar to the village economy with the big difference being our reach. We can now reach and need to be aware of millions of people from around the world.

The keys to success and happiness in the global village are credibility and relationships. Since technology has enabled us to connect with more people, how we live and do business can easily be seen. Thus, presenting ourselves as credibly as we can allows others to want to get to know, like, and trust us.

I wrote this book with the intention of enlightening humanity about what credibility truly is, how important it is as we move forward to the future, and how we can transform ourselves into credible humans.

My hope is that this book will serve as a wake-up call, a reminder, and a blueprint for those who want to join me in this movement toward credibility.

Now, take a look at yourself. Are you more in alignment with Credibility Nation than Dubious Nation? Or maybe, it’s the other way around.

If you feel you're more dubious than credible, that’s okay. Don’t worry. There’s always room for change and transformation. There will always be people who will lend you a helping hand and guide you toward credibility.

The doors of Credibility Nation will always be open to those who are willing and ready to transform themselves into better human beings. It’s up to you to take that first step. Will you take it? We need you to be the human you know in your heart you want to be. Please join me in this epic battle against Dubious Nation.

The goal in my lifetime is to tip the scale. 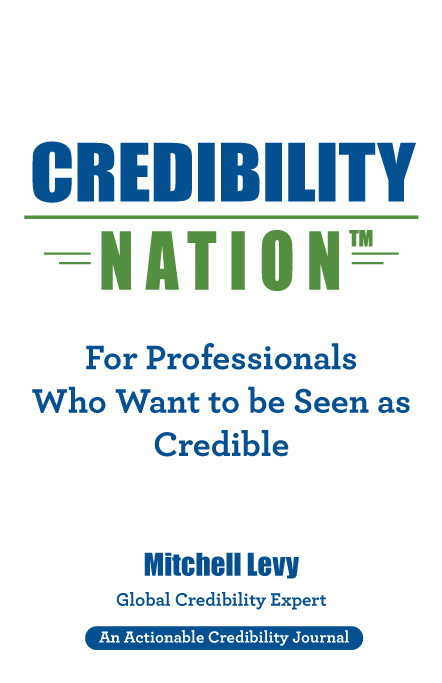