Draw the structure of a neuron and explain its function.

A neuron also known as a nerve cell, is the structural and functional unit of the nervous system. It carries messages between the brain and other body parts. lt has three components: the dendrites, the cell body, and the axon. 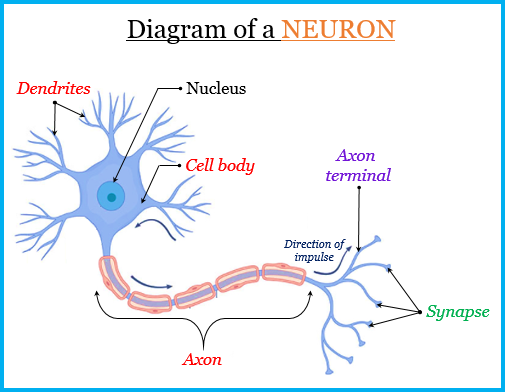 The chemical substance is released when signals in a synapse reach the axonal end of one neuron. The released chemicals go to the dendrite end of another neuron, where they form an electrical impulse or signal.

As a result, messages pass in a synapse from the axonal end of one neuron to the dendritic end of another neuron. As the chemicals are absent at the dendritic tip of the neuron, the electrical signal cannot be converted into a chemical signal.

Therefore, the flow of signals in a synapse from the axonal end of one neuron to the dendritic end of another neuron takes place but not in the reverse direction 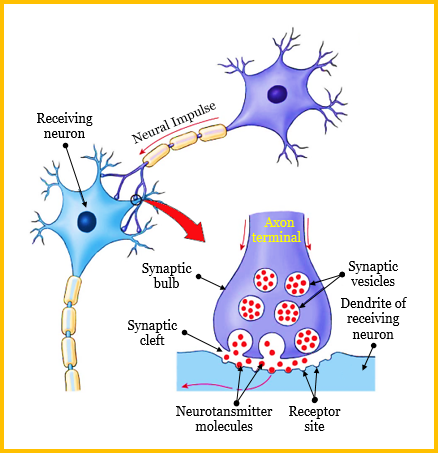