I would say yes to this question. It is observed during a recent research on Television viewership that individuals form pseudo-relationships with TV characters. Women, especially housewives who spend their time in front of the Idiot Box are getting into the trap of negative thoughts due to over dramatized serials. They are forced to think that every mother-in-law is a villain and if her husband allows her to work he is doing a great favor on her. It is not far from reality that many women copy even dressing and way of talking from their favorite daily soap. 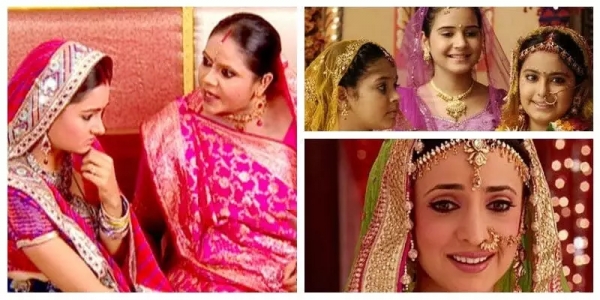 The world has changed and women all over the world are making progress in all the fields, but the Indian television serials still show differences between mothers-in-law and daughters-in-law, women carrying out the household chores bedecked in striking jewellery and ethnic outfits. Daily soaps still showcase the same old stories which show women either as "Abla Nari" or a cunning villain. Occasionally there will be a working woman who fights for her right to work, persuades everyone in the family, does all the household chores with suppressing tears and finally succeeds in the hundredth episode.

Why don't Television soaps come out of such constant stereotyped female characters who are either too obedient or vamps? We had better serials when there was only one channel, Doordarshan. Udaan, which was telecast in 1989 told the story of a female IPS officer inspiring many women in the country, Rajani telecast in 1984 where a crusading housewife fights against the laxity of the Government creating consumer awareness among the viewers were trendsetters for strong female characters. Why people are not writing such stories now?

Someone has to remind the entertainment industry that they can influence the societal mindset. They should use their creativity to help the women in empowering themselves rather than showing that a woman’s career is still a choice or a favor bestowed on her by a generous family.