Have you ever heard the phrase “Unity in Diversity”? What do you think that means? For many of us, it means that there are many kinds of people living together peacefully in the same country.

Most of us grew up learning that one must be accepting of people who are different from us - in other words, embracing the diversity of our society. But sadly, people aren’t always accepting of the diversity around them. They may express this through prejudiced viewpoints, making stereotypes, or even causing them violence or obstructing them from gaining resources such as education and jobs

These are acts of discrimination. They are harmful to preserving the richness and diversity of a society. Many of these acts may come from a biased perspective or a lack of awareness about different cultures

Let’s take a closer look at the different types of discrimination and how they can be harmful to society.

Reason for Existence of Discrimination

Many people have an understandable loyalty to the cultures and traditions they were raised to follow. We often feel safe around the people who look like us, talk like us, and behave like us. Conversely, we may find someone who is different from us (who looks differently, speaks a different language, or has different mannerisms) strange and unfamiliar. 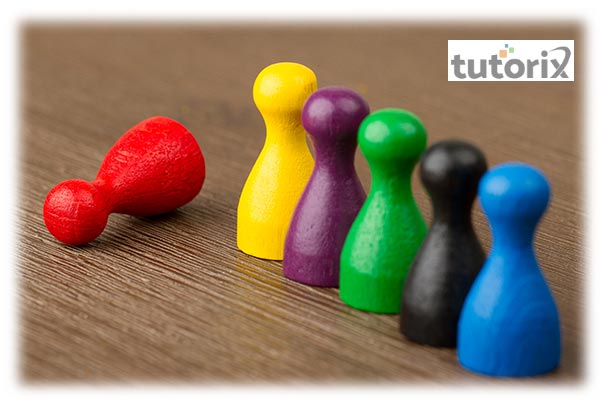 When you don’t know a lot about a person or a culture, it’s easy to form opinions at a first glance. Many of these may be generic or even completely false, since they are based on very limited information. When one social group forms these opinions about another social group, it is a sign of prejudice and discrimination.

Have you ever been in a situation where you’ve seen someone make fun of a person for the clothes they wear or the way they speak a particular language? What do you think of such incidents? Is it correct to treat someone this way? No, it’s absolutely not!

This above instance is an example of Prejudice. Simply put, prejudice means judging someone for being different and treating them with inferiority. Prejudice can also mean excluding someone from your social group.

Prejudice stems from the idea that your culture or tradition is the only way or the best way to live in a society. Thinking of your culture in such a superior sense can lead to thinking that other cultures are inferior, rather than simply accepting that another culture is different from yours.

For example, if you believe that Hindi should be spoken by everyone in this country and think negatively of someone who cannot speak the language very well, then you are forming a prejudiced opinion of them. This may lead you to exclude them from your social circle or not respect the fact that they might be fluent in another language.

Another way people are sometimes discriminated against is through stereotypes. Stereotypes are assumptions that are made about a particular person or community, usually based on a limited perception of them. While it’s natural to make assumptions about a person based on what you already know about them, a stereotype is when you box them or fix them to a particular identity, even after they have displayed a different behaviour.

Stereotypes usually have a negative perception. Some examples of stereotyping are believing a particular community is “lazy”, “miserly”, “immoral”, or “uncivilised”. For example, it was a common perception amongst the British colonists to believe that Indian people were uncultured and uncivilised. These are stereotypes, since the British made these generalising assumptions about India without any context of the nation's rich and diverse traditions!

In a society filled with diverse people, there is the unfortunate side effect of inequality. For each segment of society, inequality manifests in different ways. Our society has seen inequality based on gender, race, economic status, disabilities, and so on.

There is inequality when a particular section of society is treated differently from the rest or are denied access to certain resources like education, employment, or housing simply based on a certain aspect of themselves.

For example, you may have seen that sometimes girls and boys are treated differently when they are growing up. In some households, boys may be allowed to pursue whatever career they want to and girls may be restricted in their career choices or not be allowed to pursue one at all. This incident is a sign of inequality, since it shows that parents decide career paths simply based on gender, rather than the child's ability or aptitude.

Q1. Why does discrimination exist?

Ans. Discrimination exists when people negatively judge someone or their culture. This may stem from a perception that one's own culture is superior to the rest, and is often seen in the form of prejudice, stereotyping, or inequality.

Q2. What is prejudice?

Q3. What is stereotyping?

Ans. Stereotyping is having generalised opinions about a particular community or group of people, based on your limited knowledge of them.

Q4. What is inequality?

Ans. Inequality in a society means that some sections of a society or community are denied access to certain basic resources like education, medical care, and employment