Recurrence of the disease or an abnormal autoimmune disease to the infection may lead to the onset of the illness. An SSPE diagnosis is often made between 3 and 9 yrs following the initial viral assault. Loss of memory, anger, convulsions, rhythmic muscle motions and behavior patterns are some early signs of cognitive decline. 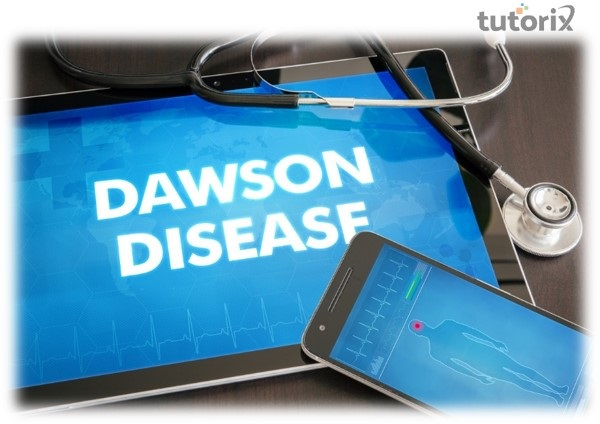 Subacute sclerosing panencephalitis, also called Dawson illness, is an extremely uncommon type of persistent, continuous neuroinflammation produced by a prolonged infection with particular faulty variants of the hypermutated disease. Young people and children are at the most risk of developing the illness. According to estimates, as many as three out of every eleven hundred persons with influenza will acquire SSPE. A 2017 research found that the risk was as significant as 3 in 622 for babies less than 18 months old who had not yet been immunized.

Rarely seen in people of all ages, Dawson's disease affects the brain and nervous system.

Within 0−4 years, complications from Dawson disease, including severe pneumonia and coma, often turn fatal. However, some of the afflicted population may see a positive effect.

When myoclonus is present, clinical diagnosis is seldom a difficulty. However, minor behavioral changes in the early stages of sickness are typically overlooked by family members. At this time, many of these people are frequently treated by a psychiatrist. In certain circumstances, myoclonus may not exist; atonia may exist but is often neglected. SSPE must sometimes be separated from other neurodegenerative illnesses in which myoclonus and other progressive neurological disorders are the major clinical signs. Patients with SSPE may occasionally present with lateralizing neurological symptoms, partial seizures, or papilledema, which can lead to an incorrect diagnosis of an intracranial space-occupying lesion. The diagnosis is supported by typical cerebrospinal fluid abnormalities and an electroencephalography pattern. The diagnostic criteria is − 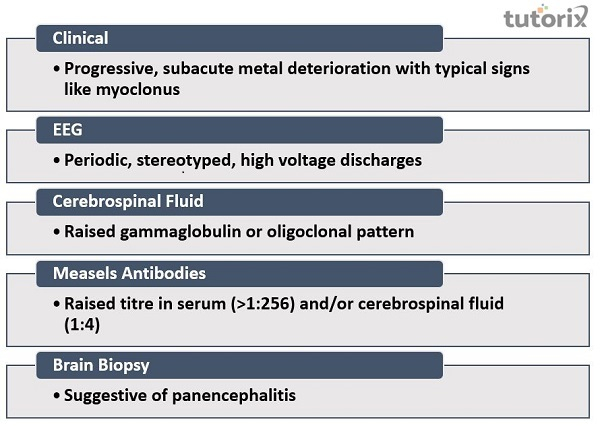 It is believed that a slow flu virus causes Dawson disease. Individuals may be able to harbor slow infections for prolonged periods until they become active again for unexplained causes. It is unclear how much of an impact genetics has in determining whether or not an individual will get a slow virus. Recurrence of the infection decades after that the actual sickness can cause SSPE signs such as neuroinflammation and motor neuron degeneration. An abnormal immunological reaction to the rubeola viruses has also been linked to this condition. People who develop Dawson disease often had measles infection between 1 and 11 years before the beginning of symptoms. A few reported instances of Dawson disease were traced back to animal interactions, and these people came into touch with infected apes, canines, or felines before their deaths.

Rarely seen, recurrent viral panencephalitis is a slowly progressing brain disorder similar to chronic Dawson disease. Created by the infectious agent, this condition may manifest either during pregnancy or later in life. Common side effects include alteration in behavior, memory loss, cognitive decline, motor incoordination, spasms, and convulsions. The condition is untreatable, and fewer than 25 instances have been documented in the research journals.

Diagnostic testing and blood tests that indicate unusually significant levels of viral antibodies may verify the diagnosis of Dawson's disease. When the mind's electrical impulses are analyzed, it typically displays a regular trend. 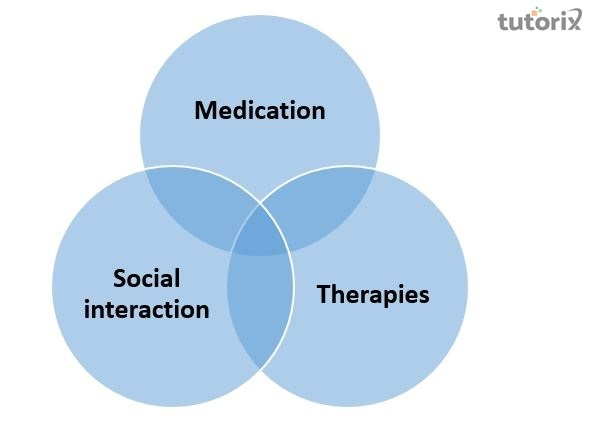 Gamma globulin and measles antigen counts are normally rather high in the cerebrospinal fluid surrounding the brain and cord. Dawson's disease is not currently being treated with any medication, and Benzodiazepines may be useful for managing seizures. Symptomatic and empowering care is all that is available otherwise.

The therapy of Dawson disease with any antiviral medicines studied so far has been unsuccessful. Isoprinosine's purported efficacy has only been reported in a few case studies; results from randomized trials are needed to draw strong conclusions. The medicine may be useful for certain individuals in particular situations, but this has to be investigated further.

More trials for the therapy of Dawson disease are still recruiting participants. Nearly half of those who took this medication and whose condition progressed gradually had their condition improved. Whether interferon alpha is harmless and efficient over the long run for treating this illness requires further study.

There is presently no treatment for SSPE. Clinical studies of antiviral and immunomodulatory medications have shown that these, either alone or in conjunction, may arrest the course of the illness or extend life. However, the protracted effects on people, as well as the ultimate result, remain uncertain. Therapy for SSPE mostly consists of professional nursing care complemented by antidepressant and antitumor medicines as required.

People with SSPE often do not make it through the first few days of treatment. The illness may advance fast in certain persons, causing death within 90 days after identification. However, a smaller percentage will have a persistent, developing variety that may include recurrence. A tiny percentage may see long-term recovery on their own and restore lost function. The only true "treatment" for SSPE is the control of the disease via hepatitis immunization.

Since Dawson's disease is a serious concern; therefore, it requires special attention in terms of nursing and needs to be monitored effectively. It is suggested to keep the patient under the guidance of a doctor all the time. In various cases, lack of proper care can lead to loss of life.