Carl Rogers's theories on personality and a person−centered approach to therapy have been very popular since their introduction in the mid−twentieth century. The theory has many strengths, but it also has some limitations. Below we explore the contributions and limitations of Carl Rogers' humanistic approach.

What are the Criticisms of Carl Roger’s Theory?

Rogers' theories, whether it be personality or counseling, have been of great relevance to the field of psychology. It has not only improved our understating of concepts like personality, self, emotional adjustment, phenomenological world, and self−actualization but also provides pedagogies with real−life and field applications. Like many of his contemporaries, Rogers did not derive his theory from emotionally healthy people but considered people with psychological and adjustment issues that he encountered in college. 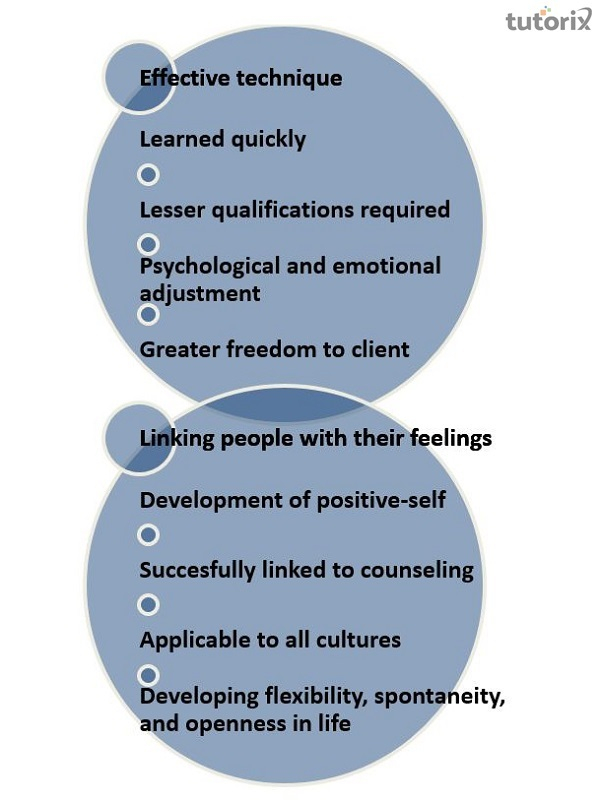 Roger's theory has many strengths, like it is an effective technique that is learned quickly and needs lesser qualifications to administer. It is simpler and requires fewer efforts for preparation. It was originally used as a therapy to help veteran army soldiers adjust to city life but is now used to train managers of organizations. It can be applied by psychologists, social workers, and counselors in institutional, school, clinical, social, and military settings. It can be applied not only to help an individual emotionally adjust but also to enhance their self−image.

Roger's Person−Centered Therapy does not rely on only a preset stricture of therapy, implying the therapist needs to prepare less before the therapy and the client has greater freedom to express oneself. This freedom allows better underrating of the client's problem. His rustic framework was observed to be effective in helping people get in touch with their feelings and developing flexibility, spontaneity, and openness.

Rogers' theory of self and self−concept greatly influences present notions and conceptualization of self. Rogers and his colleagues have also empirically proved that self−image and perceived self−become positive after going through person−centered therapy, indicating the theory's effectiveness.

Rogers has successfully linked counseling with psychological therapy and breathing its misconception by recording the session he took. This theory can be applied to nearly all cultures ad has also been reported by researchers like White to be effective in multicultural counseling and decreasing stigmatization. It is a short−term therapy and less expensive than effective other therapies like psychoanalysis. It helps an individual to achieve psychological and emotional adjustment, enhance learning, improve frustration tolerance and decrease defensiveness. The client has a positive experience enriched with focus on the client and their problem instead of their past.

Despite having many strengths, Roger's theory has certain shortcomings as well. One of them was the sample of his studies; Roger's theory was predominantly based on college students, implying his sample was primarily young, intelligent, and highly verbal. This decides the generalizability of the theory. This sample majorly reported adjustment issues; thus, the therapy is most effective in solving adjustment issues. It is less effective in restocking other psychological issues which are more severe, like schizophrenia or panic attacks. Rogers also failed to elaborate and explain how self-actualization was an innate potential. He did suggest that actualization was a genetic blueprint but did not explain how this machoism works. He ignored unconscious factors influencing behavior and perception but is beyond the client's awareness.

There were also speculations that the client may not report subjective experiences factually and may censor them while presenting an ideal self−image. This concealment of the information may affect diagnosis and prognosis. Critics also suggest that the client's communication abilities will highly affect what the therapist knows about the client. For example, a highly expressive person will tell a lot to the therapist compared to someone who is not.

Too much non−directiveness in approach, critics suggest, may lead to the therapist being supportive without being challenging, which is necessary for the client to change. When the therapists are non−directive and passive, not only will finding one's way for the client be difficult, but the therapy may sometimes be ineffective Erin being off term changes. As this therapy do not challenge underlying deeper issue, it may not have a permanent impact on the client.

This theory is too simplistic and unrealistically optimistic. This is because not all individuals strive to be fully functioning, and neither do they always mend their ways. The client center therapy derived from this theory does not consider development, behavioral, cognitive, and biological perspectives which may limit the underrating of the client and his issues. The theory is largely based on listening and caring, which not already be enough to bring changes. It is neither appropriate nor effective for those who are not motivated to change or those with severe psychopathologies.

Critics argue that this therapy is too optimistic about preparing the clients for real work due to its conditional positive regard. It is less problem−focused and acts direct technique to help clients solve problems. As the therapy is client−focused, it depends on the hardworking and insightful client for effective results. Furthermore, this therapy cannot be applied to children.

Carl Rogers agreed that Humanistic psychology had not significantly impacted mainstream psychology, and they are, relatively speaking, perceived as having little importance. Roger's theory has shortcomings making it a subject of various criticism; However, it also gives theory room for improvement and future research.