After years of study, multiple dominant criminal concepts have emerged. According to attachment theory, a human's propensity to commit violent crimes is heavily influenced by their upbringing. Behavioral theory analyses the links between mental processes and external stimuli. Studying how individuals ' beliefs materialize in their actions is central to cognitive theory. 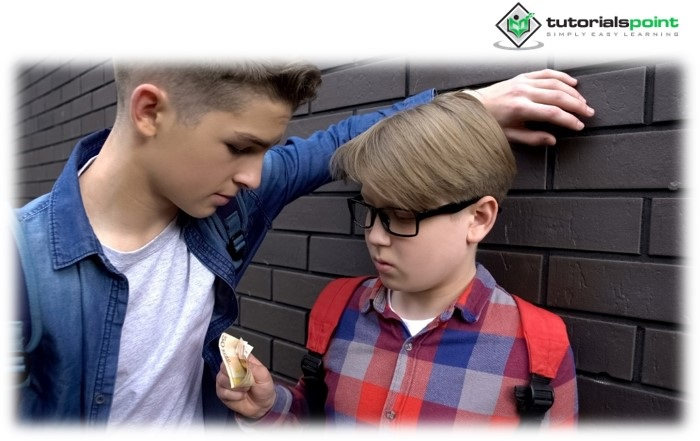 Since it is widely acknowledged that all four of these components have a role in the manifestation of behavior, it is only possible to segregate the subcategories. Further, the research study is multifaceted, including fields like biology and behavioral science, making it possible to extrapolate generalized principles to all three areas. The precise crime control programs connected with each framework have their own basic rules.

Famous psychotherapist Freud is primarily responsible for the development of this idea. His main point was that every person has base desires that must be satisfied. Ethical norms govern these urges, and as we mature, we come to embody a more logical character that acts as a go-between for our ego and the superego. According to this theory, a guilty person is largely explained as an ego defect involving the superego. The psychodynamic approach views criminal conduct as a struggle between the id, ego, and superego. Because of this tension, some individuals may start acting out or get into trouble with the law. This idea presents a testing issue because of its vagueness. The psychological model's last premise is that diverse factors contribute to criminal conduct and that universal rules aimed at the person are beneficial in reducing criminal activity. However, the model also postulates the existence of a specific psychological criminal type, traditionally known as the antisocial or sociopath and now classified as antisocial personality syndrome in the DSM. The characteristics of this sort of offender include egocentrism, a lack of compassion, and a predisposition to see people as means to a goal. However, general populace regulations may not be strict enough to deter this tiny minority of offenders; hence, further restrictions would be necessary.

According to the idea of labeling, a human's protracted outlook changes whether the label is an unofficial one like "bad child" or "rabble rouser" or a more official one like an arrest or jail record. Branding theory-inspired strategies enjoyed widespread adoption in the mid-1970s before being largely superseded by "soft on crime" logical decision strategies. As recent studies have revealed, labels may seriously affect people's lives. For example, adolescents who get an official label may be less likely to find gainful work or advance in their educational pursuits. The behavioral approach informs policy by emphasizing the need to mitigate the damage done by the previous labeling while also creating space for positive development.

While incarceration for crimes has a far older history, this concept of illegal control is influenced by Skinnerian-based psychology theories of positive and negative reinforcement. Fines, prison time, and other similar penalties are all examples of punishments since their intended effect is to reduce undesirable conduct. However, Skinner acknowledged that punishment was often ineffectual in behavior change and that reinforcing proved more effective. However, this should be taken with a grain of salt; punishment is beneficial if administered correctly; in practice, however, this is seldom the case. Punishment should be swift, unavoidable, and intolerably terrible. The steady violent crime rates in states that impose the death penalty illustrate that it is difficult to implement the penalty to its maximum efficacy within the context of the United States justice system, and hence is not a powerful deterrence. The foundation for criminal penalties is found in behavioral psychology concepts.

Numerous aspects of people's lives have been related to criminal activity, which criminology extensively documented. All aspects of growth and society, as well as the economy, have a role. Hunger is often offered as an instance of a socioeconomic and economic circumstance thought to contribute to criminal activity. People who cannot provide for their necessities and satisfy their wants via lawful methods are more likely to resort to criminal behavior than those with these tools. One of the worst consequences of poverty is malnutrition. Conditions including intellectual disabilities and a lack of self-control may originate in, or be made worse by, a lack of proper nutrition. Delinquency and criminal behavior in adulthood have been linked to cognitive impairments. Because of its effect on cognitive processes, one's place in the social framework of society may be a major role in the criminal behaviors of certain persons.

Children who see their parents' violence regularly may internalize this model and turn to the physical conflict to solve their difficulties as adults. Hostility and violence are indeed linked, but they are not alike. Albert Bandura, a psychotherapist, established that violent conduct is socially learned. There may be underlying behavioral and biological elements that predispose a person to violent conduct, and contact with a violent leadership role may serve as a trigger for these traits. This could be the reason that only a single of two kids whose parent beats their mother goes on to knock his possessive wife; either of the sons had supplemental "vulnerable" factors that made him more susceptible to the violent concept, or another son had personal "barrier protection" characteristics that made him resilient to the impact.

The field of criminology encompasses a broad array of perspectives and methods. Even though only a few current patterns can be generalized across the entire sector, investigations exploring the underlying reasons for criminal behavior are becoming more analytical. Furthermore, conditional forecasts, as opposed to unconditional or predictable ones, are indeed the focus of these methods.