The corticobasal syndrome is a rare brain disease. Only five people among 100,000 in the general population are affected by this disorder, with one new case each year per 100,000 people. The corticobasal syndrome also represents 4−6% of patients with Parkinson's. Its diagnosis is very challenging. An estimate suggests that if 3000 Americans are affected by this disorder, only 700 people have received a proper diagnosis. Mostly the corticobasal disorder-related symptoms start showing around the age of 60, although some people can face the symptoms earlier or later. 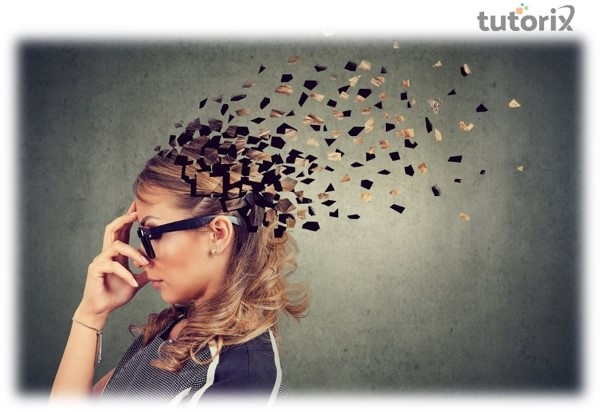 What is Corticobasal Syndrome?

Corticobasal Syndrome is also known as corticobasal degeneration. It is not a very common disease. In this disorder, some brain areas become smaller, and the nerve cells deteriorate and die over time. This disease affects the portion of the brain that processes information and brain structures that control the movement of a person. This disorder results in increasing difficulties in movement on one or both sides of the individual's body. This disorder may affect administrating poorly, inflexibility, difficulty in thinking, create issues in language or speech, and other problems.

The corticobasal disorder starts showing its symptoms around the age of 60 and sometimes around the age of 40. Everyone is affected by the disease in distinct ways. At first, it affects one limb or one side of the body, but gradually it spreads to the rest of the body. Symptoms increase and worsen as the disease affects the individual's brain. The corticobasal disorder involves symptoms such as −

Several fundamental pathologies can cause corticobasal syndrome. In this syndrome, like other neurodegenerative diseases, the brain of the individuals worsens over time because of a growth of misfolded protein. This growth of protein is known as Tau. Tau occurs in the brain, but individuals cannot understand what caused it to build up in large amounts. As more and more proteins build up in the nerve cells, the cells lose their ability to function and eventually die over time. This leads to the affected parts of the brain shrinking. Another common reason for the corticobasal syndrome is atypical Alzheimer's disease. Some other causes of this disorder are Pick's disease, supranuclear palsy, and Jakob's disease. Corticobasal syndrome mainly happens randomly, and it is not inherited. In very rare cases, corticobasal illness can run in families. This point to a genetic link.

The symptoms of corticobasal syndrome differ from person to person. Moreover, the diagnosis is based on the signs and symptoms. The doctors suggest MRI identifies the symptoms of corticobasal syndrome. Sometimes these tests are performed every few months to follow up on the abnormal changes in the brain. Blood and Neuropsychological tests are also done to assess the brain's functioning and memory. Researchers are also trying to discover whether positron emission tomography (PET) and single-photon emission computerized tomography (SPECT) scans can reveal the changes occurring in the brain that are compatible with the corticobasal disorder. On this ground, more research is needed.

For treating corticobasal syndrome, therapies mainly focus on helping indemnify the difficulties with coordination and speech. Muscle jerks, muscle cramps, improving concentration, and mood−related changes can be cured by medication therapies. Walking devices can also help with mobility and prevent falls. Treatments related to movement disorders like Parkinson's Disorder are not effective enough to cure them. There is no proper treatment to cure this disease. The healthcare providers sometimes recommend − 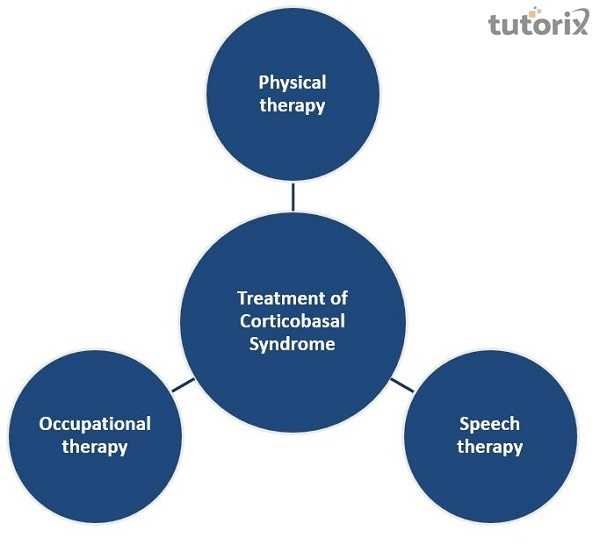 From the above discussion, it can be concluded that Corticobasal syndrome is a rare disease most common among people around 60 years old. It affects individuals in various ways, like walking, swallowing, speech, and balancing problems. It is mainly caused by the misfolded proteins, i.e., the Tau, which affect the nerve cells and gradually deteriorate the brain's condition. It sometimes also occurs due to Alzheimer's disease, Parkinson's disease, and Jakob disease. No proper treatment has been discovered as of now for corticobasal syndrome. However, doctors still suggest some therapies for treating it and sometimes suggest medications if the problem occurs due to the diseases mentioned above.