Disorders of the nervous system include corticobasal degeneration. Because of cell death and subsequent volume loss in the brain are serious health risks. Initial manifestations of the illness may be localized to one part of the body, but if the condition worsens, it may also spread to the other side. Loss of speech, swallowing, and mobility worsens over time. Judgment and recollection are two major facets of cognition that the condition may impact. Memory, language, and motor skills are all negatively impacted by corticobasal degeneration, a rare, progressive brain illness. Movement slowdown, tremors, as well as spasms of the muscles are some of the effects. Your capacity to interact, eat, and even do something as simple as fastening a shirt may be impacted. Dementia and cognitive loss may emerge as the disease advances. There is currently no treatment available. However, speech and movement therapy may help you remain autonomous for longer. 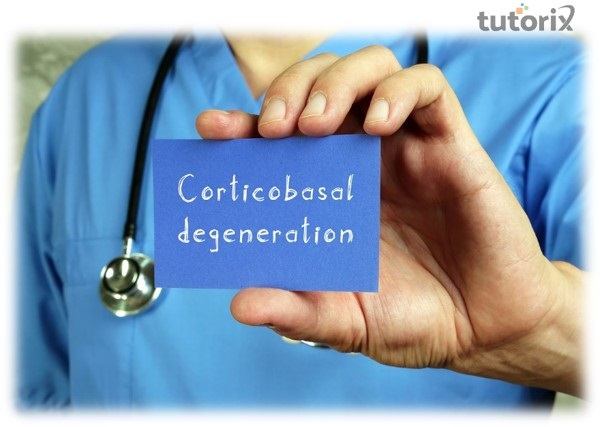 What is Corticobasal Degeneration?

"Corticobasal" describes the two regions of the brain that are affected by the disorder. The term "degeneration" describes a process of decline or dysfunction, and it mainly affects two areas of the brain. 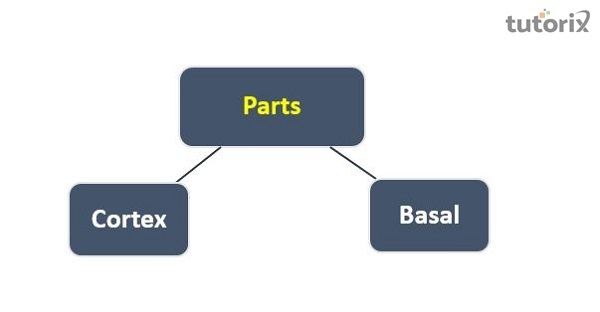 Basal − This cluster of neurons plays a pivotal role in cognitive and motor development.

Progressive − Approximate one−quarter of the population has a form that is similar to recurrent supranuclear palsy. Affected functions include equilibrium, vision, vocalization, as well as swallowing.

Frontotemporal − Fifteen percent of the population suffers from frontotemporal dementia. They might well have difficulty focusing and acting in a self-controlled manner.

Corticobasal degeneration usually manifests itself in one's 60s, and symptoms can appear as early as the 40s for some persons. Every person will be affected by the sickness in their own unique way. It typically starts in one area, such as an arm or leg, before spreading to the remainder of the body. As a greater portion of your mind is affected by the disease, your sensations will become more severe.

Since the causes of CBD are hotly contested, most research and treatment attempts have focused on reducing symptoms. Since many treatments do not undergo enough research or are not mass−produced, their efficacy tends to be low. When it comes to the drug used to treat movement disorders of impairment, including levodopa, CBD demonstrates significant resistance to treatments that boost dopamine intake. Several studies on the effectiveness of similar medications/dopaminergic agonists have yielded negative results. Some medications boost inhibition in the brain in an attempt to neutralize the brain's inhibitory effects. Many medications, such as anticonvulsants and tranquilizers, can be helpful, and undesirable side effects often accompany them. Because we do not understand how to successfully treat the resulting diseases, such as memory, speech, apathy, apraxia, and others, CBD's cognitive and associative effects are difficult to cure.

Scientists presently classify corticobasal degradation as a kind of frontotemporal degradation that stands apart from Alzheimer's disease. The loss of cell function in this area can affect the frontal as well as the temporal lobes of the brain. Aberrant clumping of tau, a molecule ordinarily present in brain cells, is the root cause of this disease. Neurofibrillary tangles, as these clusters are medically known, are responsible for the degeneration or death of neurons. The result is impaired mobility, language, as well as memory.

Corticobasal degeneration is a neurological disorder for which the causes are unknown. Rarely does the disorder strike multiple members of the family. Chromosomal 17 holds the key, as it is altered in 90% of affected individuals. This genetic variation, known as the H1 haplotype, is thought to boost tau synthesis and precipitate clumping of the protein. As an alternative, it may induce a carbon atom as well as hydrogens to bind to the tau DNA, changing the gene's activity. However, there are other reasons why the same gene mutation affects roughly 75% of the population.

Therapies for corticobasal degradation center on mitigating the effects of the condition on motor and linguistic skills. Medication treatments have the potential to alleviate muscle jerks, enhance focus, and stabilize mood swings. Treatments for other neurological conditions, such as Parkinson's disease, are generally ineffective. The condition cannot be cured at this time. There is disagreement over what triggers CBD. Thus most efforts are focused on alleviating symptoms. Numerous therapies have low outcomes because they have not undergone sufficient testing or are not mass-produced. CBD, for instance, shows considerable resistance to drugs that increase dopamine intake, such as levodopa, which is used to treat motor symptoms of impairment. Several reports on the usage of comparable drugs/dopaminergic agonists have found no significant benefit. Some drugs aim to counteract the inhibitory effects of the brain by increasing inhibition in the same region. Many tranquilizers and anticonvulsants help, but they often have uncomfortable side effects. CBD's cognitive and association effects are challenging to treat since we do not know how to effectively treat the ensuing disorders, which include dementia, language, indifference, apraxia, and others.

Individuals with corticobasal degeneration have progressively more trouble with self−care. Approximately five to ten years after the initial signs of illness appear, individuals may still be alive. Falls, immobility, and poor hygiene are major contributors to the premature deaths of these people.