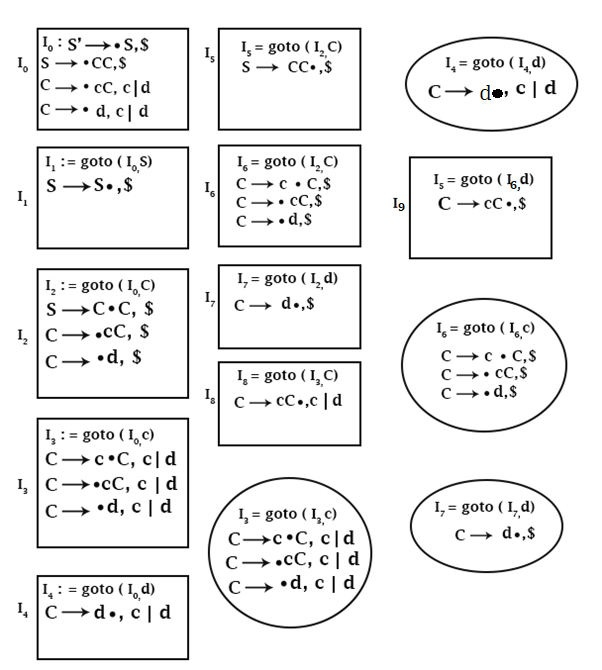 In these states, states I3 and I6 can be merged because they have the same core or first component but a different second component of Look Ahead.

Similarly, states I4 and I7 are the same.

Similarly, states I8 and I9 are the same.

So, the states will be

Consider productions of the form A → α ∙ ,

Since C → d is production number (3) in given Question.

It can found out only for Non-Terminal.

LALR Parsing table can also be obtained by merging the rows of combined states of CLR parsing, i.e., Merge Row corresponding to 3, 6, then 4, 7 and then 8, 9.

The resulting LALR Parsing table will be − 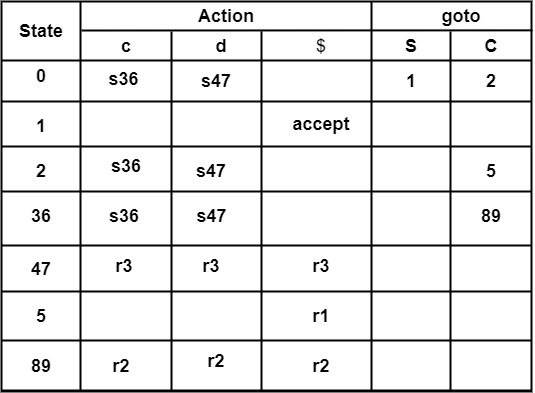