Sometimes when a person is very tired, they go into a deep slumber very fast. However, has it ever happened that one is partially awakened during deep sleep and cannot understand what is happening around them? Is sleepwalking purposeful or aimless, and are the crime documentaries on murders committed while sleepwalking true or not, or are they fiction? Has anyone near you ever woken up screaming, and whenever you tried to help them, they started hitting or yelling? These scenarios can be seen as very fictional, but they can happen during arousal disorders. 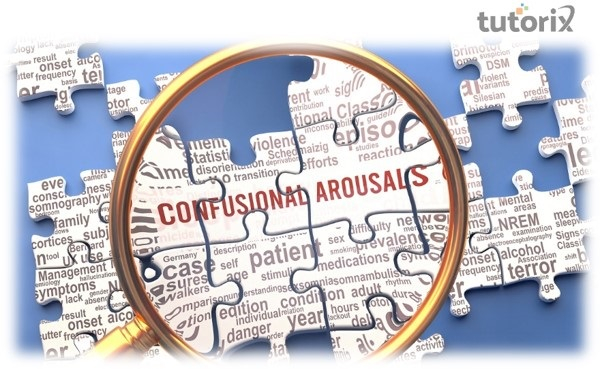 Arousal disorders include three types of parasomnias: sleepwalking, confusional arousal, and sleep terrors. All these disorders share the major symptom of the person being partially awoken during deep sleep, paying no attention to efforts to redirect their attention and concentration to the present reality, and having amnesia after the episode. These disorders were brought to light as the increased crime rate was committed during these episodes. The consequences of this group of disorders are of forensic focus as several suicides, homicides, and injuries have been reported. These disorders usually start in childhood and are harmless, but they can get worse as the individual grows up and may also become harmful to them and others around them. 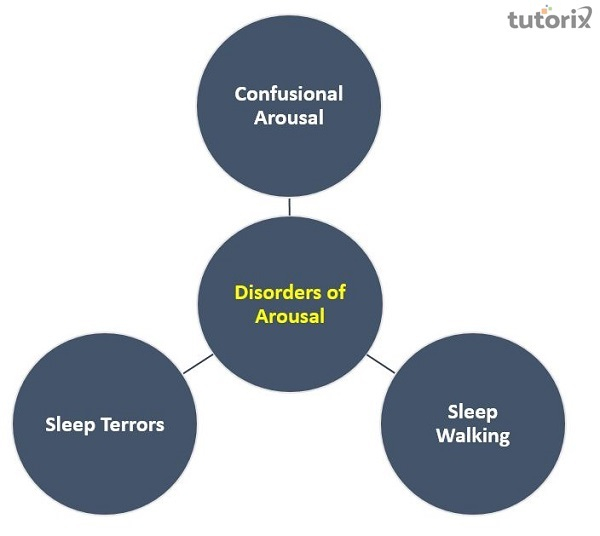 Confusional arousal is characterized by extreme confusion while waking up. When a person awakens from a deep sleep, they are unable to distinguish between their surroundings, and it takes time to return to reality. It usually starts with sounds like moaning and groaning and can lead to violent behavior. They have slow recognition and poor reactivity to environmental stimuli, and they cannot be awakened from that state, and they might also get violent when someone tries to wake them up forcefully. CA needs to be differentiated from sleep inertia as their symptoms might overlap. Major symptoms include slow speech, poor recognition, slow motor movements, poor memory, blunt responses, and confused thinking. The clinical consequences of this disorder are minimal because the confusion lasts only a short time and may not become violent until force is applied to them. This can happen during the first three phases of sleep or even last throughout the night. Some forensic cases have stated that this behavior was triggered by some external provocation or proximity, which could have triggered violent behavior" during the arousal.

Sleepwalking refers to walking unconsciously or subconsciously. These episodes usually start with confusional arousal. The individual may get out of bed and start walking or jump out of bed and start running. These behaviors can be simple and purposeless or complex and proactive. If the individual reaches an inappropriate place, they can come back and lie down and continue sleeping with no memory of such an episode. They have disorientation in mental activity, time and space, speech, and reactivity to the environment. Though they have a reduced perception of the environment, they can appear awake with impaired cognitive reaction and blocked sensory stimuli. There can be retrograde amnesia or anterograde amnesia, i.e., they might not remember what happened before or after the episode. Dreaming is usually not present, but sometimes they can remember their motivation for their behavior if they are awakened during the episode. These can get violent if the person is forced or pressured to return to reality.

Sleep terrors are characterized by shouting or yelling while sleeping. They usually begin with a high-pitched scream in the middle of the night, and the person wakes up sweating, choked, with tachycardia, disoriented speech, recognition, and memory. They can be followed by confusional arousal if the person sleeping beside them tries to wake them forcefully. When they are awake, they do not have any memory of their family members, and they also do not remember what might have caused the terrors. They described the cause of the terror as "dream-like." As soon as they wake up from the terror, they sit on the bed, screaming and yelling. There can be minor injuries if someone tries to console them immediately after they have woken up as that person might appear threatening to them.

Suppose someone has already been diagnosed with any of these disorders. In that case, the environment around them can be modified in such a way that when they are experiencing their episodes, they do not have any weapons or sharp objects near them. The doors can be locked, and the windows should also be closed to prevent venturing. Medicines can also be prescribed, like Clorapezem, Trazodone, etc. Behavioral techniques like hypnotherapy can be used. Anticipatory awakening refers to the awakening of an individual before their episodes begin, which can be done after taking a full history of the episodes. 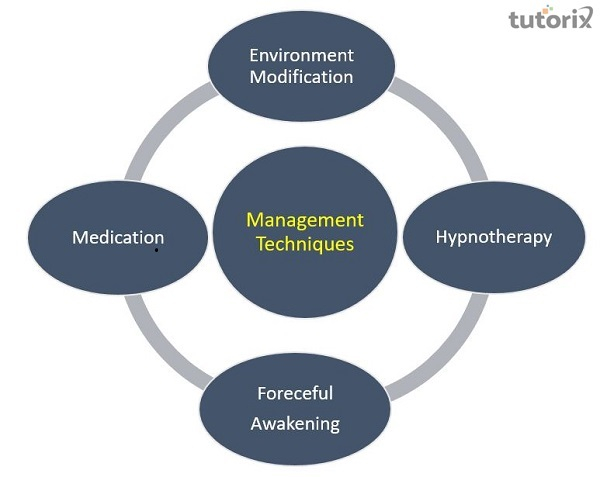 The disorder of arousal consists of three types of parasomnias: confusional arousal, sleepwalking, and sleep terrors. These all have the common symptom that they have poor cognition when partially awakened and can also have violent actions. Confusional arousal is characterized by bouts of confusion while waking up, and they are not able to recognize anyone, but the margin of injury is very low. Sleepwalking is characterized by walking while sleeping, and this can get violent if the person is woken up forcefully. Sleep terror is characterized by waking up screaming or yelling, and it can be followed by confusional arousal, as after sleep terrors, the person may not be able to recognize anyone near them. This can get violent if the other person tries to get close to them to calm them down. They have a neurological basis, but the treatment for them is not a linear path.