Complete the word puzzle.
Down
1. Species on the verge of extinction.
2. A book carrying information about endangered species.
5. Consequences of deforestation.
Across
1. Species that have vanished.
3. Species found only in a particular habitat.
4. Variety of plants, animals, and microorganisms found in an area. 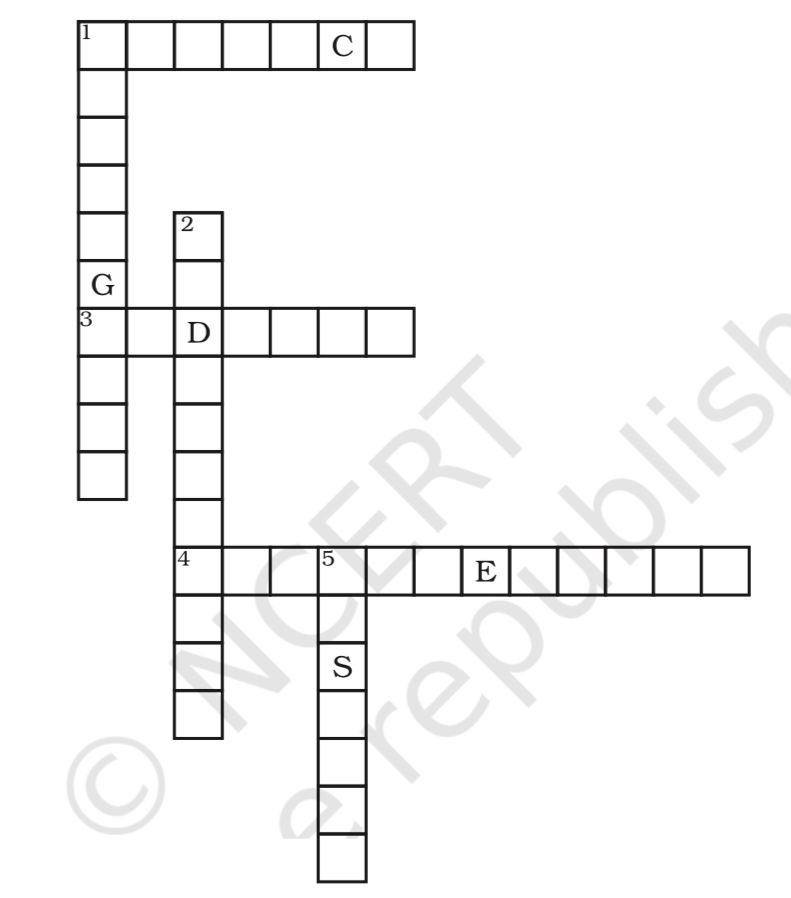 1. Species on the verge of extinction. Endangered

1. Species which have vanished. Extinct

3. Species found only in a particular habitat. Endemic

4. Variety of plants, animals and microorganisms are found in an area. Biodiversity

Extinct species: Species that no longer exist on the earth are termed extinct species. A species is extinct when the last surviving member has died. The National Biological Diversity Act (NBA), 2002, protects endangered species and their habitats. Threatened species are notified under Section 38 of the NBA, 2002. Example: Dinosaurus.

All the animals, big as well as small, face extinction. Certain small animals like insects, butterflies, birds, etc., along with large animals like dinosaurs, face extinction when the habitat or population of certain animals or species is destroyed or reduced at a faster pace for a certain reason.