According to the International Union of Neurology's ad hoc Commission on Classification, the term "chorea" means "involuntary, repeated, and rhythm, "a condition characterized by frequent, involuntary motions that are not rhythmic, are dispersed at random, and often have a sharp onset and stop. The degree of these movements varies widely, ranging from modest, sporadic amplification of gesture and expression to a constant flow of crippling, violent motions." 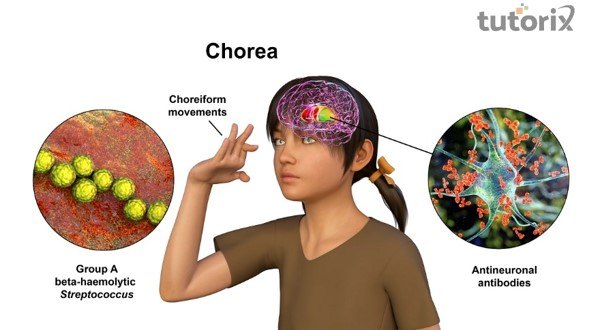 Chorea manifests itself as rapid, seemingly unrelated muscular contractions that are neither rhythmic nor repeated. Athetosis often accompanies the 'dance−like' motions of Chorea, adding twisting and writhing. One may have trouble walking and use strange positions and motions with one's legs. Chorea's actions and ballism happen automatically, without any intervention from the patient, in contrast to ataxia, which impairs the quality of motor activity, and Parkinsonism, which slows down voluntary movements. In this sense, Chorea might be defined as a kind of hyperkinetic movement condition. The thrashing movements caused by severe Chorea are called ballism and ballismus.

What are the causes of Chorea?

Hungtington disease and genetic are the two causes of Chorea − 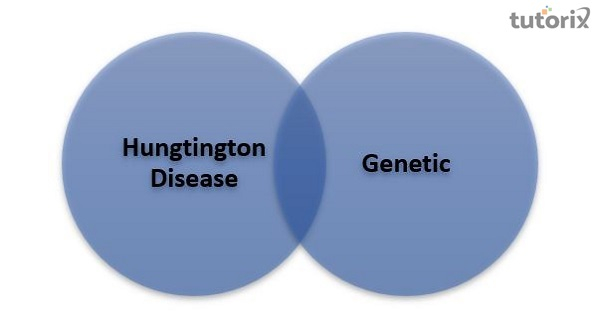 Chorea has been described by the World Association of Neurology's ad hoc Commission on Classification as a "state characterized by excessive, unpredictable, quasi, randomly dispersed, and abrupt movement. Motions may range from moderate, occasional amplification of gesture and expression, twitching of the limbs, and an unsteady, dance−like walk up to a constant flow of crippling, violent movements." The cause of Huntington's disease may be traced back to a family's genetic makeup, as brain cells die out due to this. Huntington's disease patients may have chorea symptoms like jerking and writing that are not controlled by conscious thought. A milkmaid's grasp is another prevalent symptom. Adult−onset Huntington's disease is associated with a higher prevalence of Chorea. Actions in the arms and the legs may become more difficult to control as symptoms worsen.

Chorea is more common in underdeveloped nations, and risk factors include cerebrovascular disease, HIV infection, and cryptococcal disease. A streptococcus infection may bring on Sydenham's Chorea. Twenty percent of kids and teenagers get Sydenham's Chorea as a subsequent complication of rheumatic fever. Perhaps its drop in incidence is attributable to penicillin, improved socioeconomic conditions, or a physical decline in the bacteria (Streptococcus) it has arisen from. Both recurrent and persistent mental symptoms have been linked to this kind of acquired Chorea. Children with PANDAS, a set of autoimmune neuropsychiatric disorders with a possible relation to streptococcal infection, may have Chorea as a symptom. Chorea gravidarum is the medical term for pregnancy−related tremors. Despite no prenatal therapy, the disease resolves in 30% of infants, while it persists in the remaining 70%. The signs and symptoms progressively disappear in the days after the baby's birth.

What are the Risk Factors for Chorea?

Chorea is more common in those who have had rheumatic fever. Additional variables might increase or decrease the danger of contracting a certain illness. For instance, chorea may be an inherited symptom of diseases like Huntington's. The Mayo Clinic reports that if one or both parents have Huntington's disease, there is a 50% risk that the condition will be passed on to the offspring.

What are the Treatment Methods in Chorea?

It is important to identify the specific form of Chorea one has before beginning treatment. In theory, alleviating chorea symptoms will be a side effect of treating the underlying cause. Antibiotics may be useful in treating Sydenham's Chorea. Antipsychotic medicines and other treatments may be used to treat the Chorea associated with Huntington's disease. Though the underlying cause of Parkinson's Chorea cannot be cured, its symptoms may be treated. 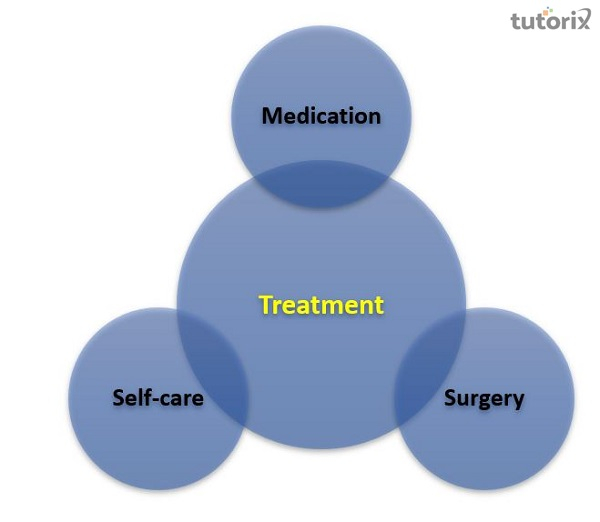 Chorea medicines often work by increasing or decreasing dopamine. The neurotransmitter dopamine regulates the brain's behavioral, cognitive, and emotional processes. Dopamine levels have been linked to a wide variety of neurological conditions. Parkinson's disease, as well as restless legs syndrome, are two examples of these conditions. One may not be able to utilize dopamine since certain drugs work by blocking the receptors that let it into one's brain and body. The majority of these antipsychotic medications have been shown to alleviate Chorea.

It has been shown that deep neural stimulation, a surgical method, may be effective in treating Chorea. Electrodes would be implanted in the brain to control the flow of electrical signals. In cases when conventional medicine fails to alleviate the symptoms of Chorea, deep brain stimulation may be suggested as an alternative. This method cannot cure Chorea, although it may help alleviate some of the symptoms.

Among the preventative safety precautions, one may take at home is to put down nonslip surfaces on the stairs and in the restroom. If one is worried about the security of one's house, discuss the matter with one's doctor.

Sydenham's Chorea is treatable with antibiotics. Although Huntington's illness cannot currently be cured, it can be treated and controlled. The chorea gravidarum symptoms that affect certain women during pregnancy normally resolve within six weeks following delivery. Once a clinician corrects a metabolic and an endocrine abnormality, the signs of Chorea generally disappear. One's doctor will create a treatment plan that will assist one manage the chorea signs regardless of the underlying cause.