Centronuclear myopathy (CNM) is a set of very uncommon inherited muscle diseases. Muscle weakness, ranging from slight to severe, is a hallmark of several diseases. In extreme cases, symptoms may be present before birth but may appear anytime, although adult onset is uncommon. 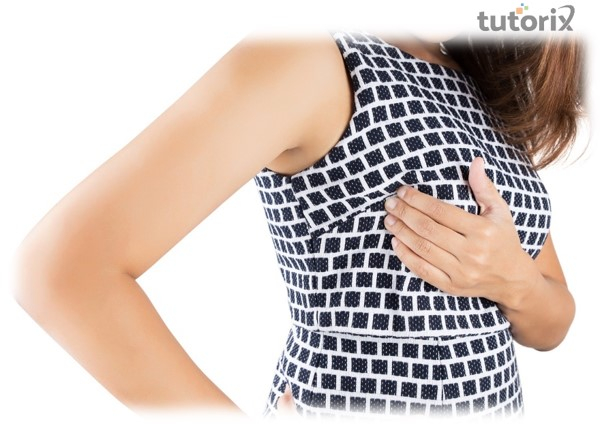 What is Centronuclear Myopathy?

The centronuclear myopathies are a subset of the wider family of muscle illnesses known as congenital myopathies. These are inherited disorders of muscle function that often present themselves at birth or shortly afterward. Centronuclear myopathy refers to the autosomal variants of the condition, whereas myotubular myopathy describes the X−linked types, according to the medical literature. Because the symptoms of the X−linked myotubular type of CNM tend to be more severe than those of the autosomal variants, it is crucial to make this distinction. NORD describes X−linked myotubular myopathy in more depth in a separate paper.

Muscle biopsies often reveal an abnormality known as central nucleus myopathy (CNM) due to the incorrect placement of the nucleus inside the muscle fiber (muscle cell). The nuclei of muscle fibers are often found on the fiber's outside. Examination of muscle biopsy tissue under the microscope reveals centrally located nuclei, a key characteristic in the diagnosis of CNM. Myotubular myopathy inherited via the X chromosome and a few autosomal types, called centronuclear myopathy, are two of the many kinds of CNM. Genes located on chromosomes other than X and Y are called "autosomal" (sex chromosomes). Although autosomal versions are often milder than XLMTM, significant consequences akin to those found in XLMTM might arise in a small percentage of affected people. Muscular weakness and loss of muscle tone on a spectrum from moderate to severe are typical presentations (hypotonia). Feeding problems and respiratory distress (difficulty breathing) are possible in the most extreme situations. Impairment of the muscles involved in eating and breathing leads to difficulty eating and breathing. A wide range of manifestations involves the ocular muscles. Individuals with the disease may vary from having minimal symptoms to developing life−threatening consequences in infancy or early childhood.

What are the Symptoms of Centronuclear Myopathy?

Different types of CNMs, as well as individuals, may display widely varying degrees of symptoms and severity. While some people may have only moderate symptoms, others may develop severe, sometimes fatal consequences. Rarely deadly in children, the autosomal dominant type of CNM presents a stark contrast to the X−linked variety. 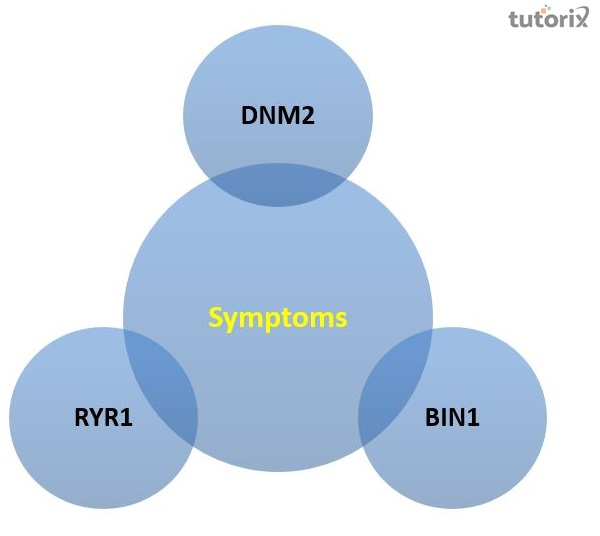 Mutations in the DNM2 gene generate symptoms and signs in people with this type of CNM. It is possible to have this condition from birth, or it might emerge later in life. The symptoms may not appear until much later in life for milder forms, while others may appear as early as infancy or childhood.

This type of CNM is inherited in an autosomal recessive fashion and brought on by mutations in the BIN1 gene. Individuals with this illness may have minor to severe symptoms, with the latter group sometimes experiencing life−threatening consequences at a young age. Despite this, only a small number of parents with BIN1−related CNM have been described. Therefore, the complete range of symptoms may not be known at this time.

Characteristic facial traits, including a V−shaped mouth, are common among those afflicted. Scoliosis, missing responses, ophthalmoplegia, and bilateral ptosis have also been recorded as symptoms. Contractures are a possible condition for certain people. Some people with severe problems at birth make great strides and only have minor problems by the time they are teenagers.

What are the Causes of Centronuclear Myopathy?

Proteins are essential for numerous bodily processes and are created according to instructions in genes. When a gene is mutated, the resulting protein could be dysfunctional or non−existent. Many different bodily systems may be impacted since this depends on the protein's function. Proteins encoded by genes linked to centronuclear myopathy are thought to play a crucial role in muscle growth, maintenance, and function. The precise roles these proteins play in the body are still a mystery. Inheriting genes from both parents is impossible. Disorders of heredity result from inheriting copies of DNA for a given characteristic from both parents. 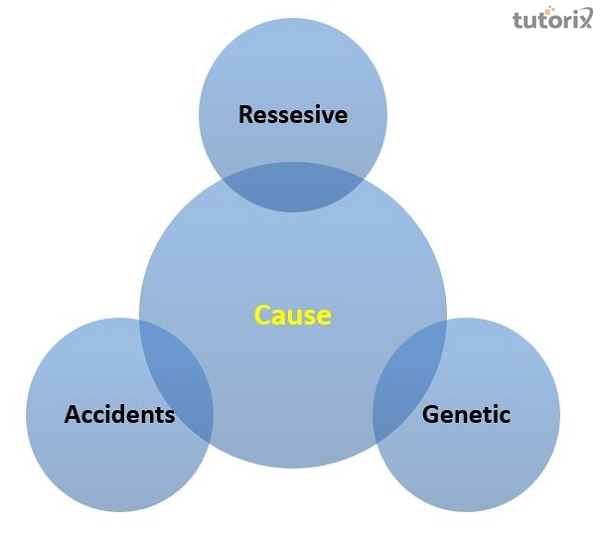 When a person has a defective gene from both parents, a genetic condition is said to be recessive. A person is a carrier of a disease if they have inherited both a functioning gene and a non−functional gene for that illness. In every pregnancy between two carriers, there is a 26% risk that one of the parents will carry the faulty gene to the child. There is a one−in−two chance that a pregnant woman may give birth to a carrier child. The odds of a child receiving a beneficial gene from each parent are one in four.

Neuromuscular diseases like CNM are a therapeutic challenge. However, gene therapy is being investigated as a possible treatment option. Identifying causative genes for CNM has opened the door to further investigating this treatment option. Replacement of a patient's damaged gene with a healthy one through gene therapy restores protein synthesis and halts the course of illness. Theoretically, this kind of treatment has the highest probability of success since it involves the permanent deal of the normal allele, which can create active proteins at all locations of sickness. However, there are still substantial technological hurdles to overcome before a new treatment can be promoted as a credible alternative treatment method.