The stress of job interviews is not uncommon. Let us imagine we have a job interview the following morning for a position we truly want. We can feel anxious or uneasy as we consider the interview. Additionally, we can have physical symptoms like tremors, tensed muscles, or a quick heartbeat, particularly as the interview draws near. Does this sound familiar? 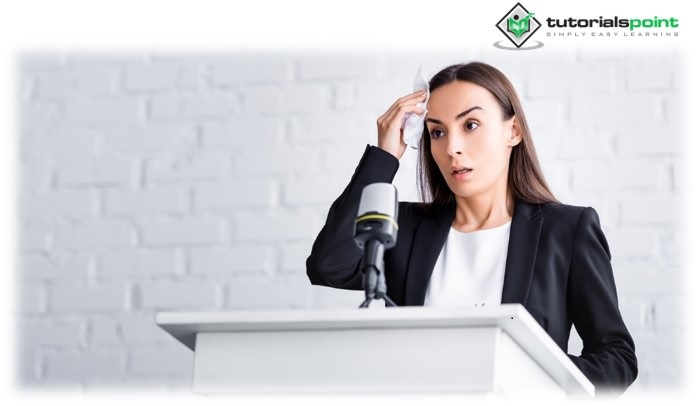 What does Cannon-Bard Theory of Emotion Explains?

According to this theory, various emotion-inducing events produce subjective experiences that humans label as emotions at the same time. All of these emotions are accompanied by physiological reactions, and thus, in the example of a student going to the stage to give a lecture, the sight of the audience and of his professor, whose pen is poised to evaluate the student's performance, causes the student to experience a racing heart, a dry mouth, and other signs of physiological arousal, as well as subjective feelings labeled as fear. In other words, this situation stimulates various parts of the nervous system, such that both arousal, which is mediated by the autonomic nervous system, and subjective feelings, which are partly mediated by the individual's cerebral cortex.

They believe that the thalamus serves as the simultaneous origin of both reactions. This region oversees taking in sensory data and transmits it to the proper part of the brain where it will be processed. The amygdala may receive signals from the thalamus responding to a triggering event. The amygdala oversees handling intense emotions like fear, pleasure, or rage. Additionally, it might communicate with the cerebral cortex, which governs conscious thought. Signals govern physical reactions from the thalamus to the skeletal muscles and the autonomic nervous system. These consist of perspiration, trembling, or tensed muscles. The thalamic theory of emotion is another name for the Cannon-Bard hypothesis. Walter B. Cannon and his Ph.D. student Philip Bard created the hypothesis in 1927 as an antithesis to the James-Lange theory.

Development of the Theory

The James-Lange theory, which postulated that a body's reaction to an event rather than the perception of the event itself causes emotion, was disputed by Walter Cannon. Cannon found through experimentation that emotion can exist even when the brain is unaware of bodily responses. He also asserted that bodily reactions are comparable. For instance, our hearts will speed, whether angry or excited. Although those are two distinct feelings, the body responds similarly. Cannon and Philip Bard concluded that the body's input and reaction are not necessary for the experience of emotion. Once more, emotional experience and physiological reactions take place simultaneously, but not because of physiological reactions.

The James-Lange theory was one of the most well-known theories of emotion during Cannon's time. Cannon experimented on cats where he severed the afferent nerves of the sympathetic branch of the ANS. He thought that by doing this, he could determine if emotional manifestation could occur without visceral afferent feedback (via the afferent neurons). His research in 1915 contradicted the James-Lange theory by arguing that excitation and emotions appear concurrently following the experience of a stirring event.

They hypothesized the fight-or-flight reaction. What would our intuition tell us to do when confronted with a potentially risky situation? According to the Cannon-Bard theory, the thalamus governs how we feel, and the cortex is also responsible for controlling how emotions are expressed. These two brain regions are thought to respond concurrently. The proposed Cannon-Bard hypothesis is known as the "fight or flight" reaction.

Cannon discovered that even when the brain was removed from the signals of bodily responses, it was still possible to experience emotion. He said that relying on bodily responses to determine the type of emotion a person is experiencing is unreliable because the same bodily responses can form different emotions. For example, a racing heart could indicate an angry or excited person. Cannon's doctoral student, Philip Bard (1898 - 1977), agreed with this idea and continued developing Cannon-Bard Theory with Cannon.

Impact of Flight or Fight on Health

Our senses alert our brains to prospective threats, which triggers stress. For instance, we might see a car approaching or hear an abrupt loud noise. According to this theory, the amygdala interprets what it sees and hears as a potential danger, which the hypothalamus interprets.

Our amygdala processes emotions. Our brain triggers a stress reaction to either stay and confront the threat or flee when it detects potential danger. Our hypothalamus sends signals to our adrenal glands to notify our sympathetic nervous system after our amygdala commences a distress signal. Our veins start to pump with adrenaline, causing a quicker heart rate, a rise in blood pressure, rapid breathing, enhanced senses, and alertness.

Examples of the Theory

Situation like relocation to a new place, parents’ separation, job interviews, exams, court hearings, etc. are the major examples of this theory.

Any encounter or incident that elicits an emotional response can be subject to Cannon-Bard analysis. Both pleasant and negative emotions are possible. The cases listed below demonstrate how this theory is used in practical settings. According to the Cannon-Bard theory, in each of these cases, the bodily and emotional responses occur simultaneously rather than one leading to the other.

Though the theory is articulated very nicely and covered a wide range of respective aspect to make it more applicable; however, it is criticized for a few aspects such as, assumption that physical responses have no bearing on emotions has no strong base. Secondly, the theory overemphasized on the role of thalamus.

According to Cannon Bard theory of emotion, body and emotional responses to stimuli are perceived concurrently and independently. We perceive emotions and bodily responses simultaneously, according to their theory. Physiological reactions include muscle tension, perspiration, and trembling. A theoretical understanding of the brain's emotional functions is still being developed, and this theory was one of the first to adopt a neurological perspective. Now that we are aware of the Cannon-Bard theory, we can use it better to understand our own and other people's emotional responses.