Ellen Farbar, a 35-year-old single insurance executive, displayed complaints of depression and intrusive thoughts of harming herself. A physical and mental status examination revealed that the individual appeared to be in distress. Later in the session, it was disclosed that there were signs of persistent dysphoria and a lack of energy and pleasure in daily activities for the last six months. She spent most of the time in bed and reported daily episodes of binge eating. There were links found for a history of binge eating since adolescence resulting in weight gain. There were financial difficulties and switching between jobs. It was also revealed that she had been fired two weeks before walking in for a diagnosis. 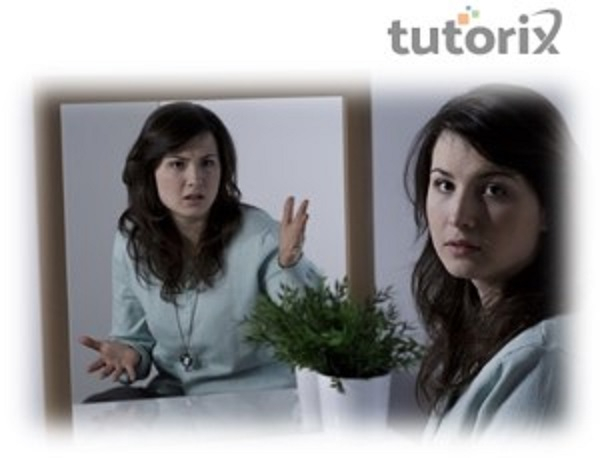 What is Borderline Personality Disorder?

An individual with a borderline personality disorder like Ellen suffers from in's and out of mood swings ranging from depression, anxiousness, and irritable state and lasting anywhere from a few hours to days or more. As the case above revealed, individuals with borderline personality disorder always seem to have a conflict of emotion with their environment around them; they are full of rage and are prone to physical aggression. To balance this impulsive anger, they internalize the emotions they inflict, making them hard for themselves.

The individual felt the symptoms such as loneliness, sadness, and isolation, minimized by buying and spending money. This temporary relief made the individual impulsively buy expensive items as soon as the symptoms reappeared. Ellen had been feeling empty and was uncertain about what to do in life and whom to ask for support. Ellen, as a child, was carefree and happy and recorded that the frequent arguments and fights with intimate partners were linked with a history of being verbally and physically abused by her mother leading to the onset of her depression at a young age.

A borderline personality disorder is a Complex Cluster B type of personality disorder characterized by an individual being dramatic, unpredictable in their thinking patterns and behaviors, and overly emotional. Individuals with this order have been reported to be self-destructive and impulsive. They indulge in activities that may risk their life, such as reckless driving and substance and alcohol use. The self-destructive and self-injurious behaviors include cutting themselves or banging their heads against the wall. This behavior generates and causes intense physical pain offering them relief from their emotional suffering, "snapping" them out of an emotional overload (Stanley and Brodsky 2005). These scars and cuts serve as documentation or evidence of their emotional suffering and distress. People with this personality disorder hurt themselves as a way to deal with issues at an emotional level, such as a feeling of Emptiness, boredom, or confusion with their self-identity. In a study by Gunderson in 2011, it was observed that around 75% of individuals with BPD had attempted suicide once in their lifetime, and 10% were successful at doing so.

Conditions that can negatively affect an individual in the area such as social activities, job, intimate relationships, and self-image with borderline personality disorder are − This personality disorder affects an individual in the way they feel and relate with others; symptoms include −

People with borderline personality disorder exhibit maladaptive behaviors that are difficult for their family and friends to comprehend, which results in a dysfunctional- chaotic relationship. Individuals with this disorder frequently use defense mechanisms or copying strategies to avoid accountability for their actions and emotions. "Splitting" is a defense mechanism involving elevating others while discounting others. Another type of Defense is called "projective identification," which entails ignoring one's sentiments, assigning them to someone else, and acting in such a way that the other person responds in kindness. When a borderline personality disorder individual's anger is reciprocated, they think or feel and act as if it is not their own but rather the other person's emotions.

Several factors have been found to contribute to the development of borderline personality disorders, such as −

Family history, such as a close relative living with borderline personality, increases an individual's risk of developing this condition. Environmental factors, such as traumatic experiences, neglect, dysfunctional family and caregivers, prolonged stressful environment, abuse, bullying, and distress in childhood, contribute to the development of borderline personality disorder. Changes in brain function and structure may increase an individual's stress for developing this condition, cause difficulty in regulating emotions, and impact impulsive behavior.

It helps an individual learn skills to manage and cope with a borderline personality disorder. Treatment also depends on other mental disorders that are often comorbid or co-occurring with this condition.

Psychotherapy also helps improve individuals' relationships by making them aware of their feelings toward themselves and others.

There have been no medicines that the Food and Drug Administration has approved for the treatment of borderline personality disorder. However, medicines help reduce other conditions such as depression, anxiety, impulsiveness, etc. Medicine consists of antidepressants, mood stabilizers, and antipsychotics. However, these are used if the symptoms are intense and no other treatment has worked.

It is important to manage and cope with this condition and get other treatment forms. Coping strategies include − Individuals with borderline personality disorder experience extreme mood swings, difficulty in their personal life, and emotional regulation during an episode of borderline personality disorder. Individuals may indulge in risky behaviors and impulsivity. May experience paranoia. The cause of this disorder is yet to be known, but various factors are believed to contribute to the onset. Treatment generally includes psychotherapy and coping skills, with medication being the last option. It is important to seek professional help in time and find a support group.