Almost everyone has at some point felt the "ups" or "downs" in their life; however, for people with bipolar disorder, these feelings of ups and downs can impair their capacity to operate in daily life and are much greater in its severity than normal highs and lows of life 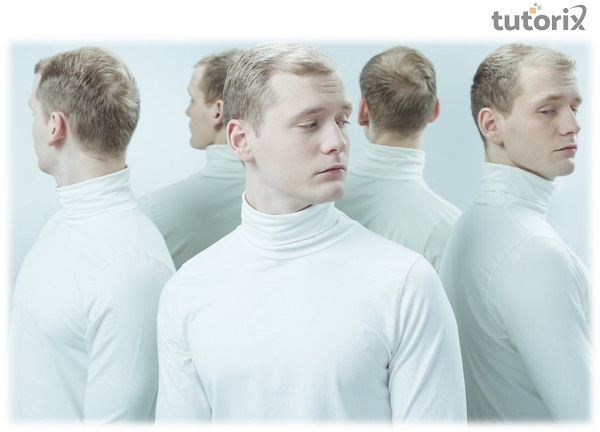 What is Bipolar II disorder?

Bipolar disorder is a condition that causes unusual shifts in energy, mood, and activity levels and decreases the ability to function in every task. Bipolar disorder is divided into two types that are bipolar I and bipolar II. In bipolar II individuals do not display a full-blown Mania. Rather they experience at least one episode of hypomania and depressive episodes. It is similar to bipolar I, but the high moods never reach a full-blown Mania; they are less intense and thus called hypomanic episodes or hypomania. In a state of hypomania, an individual usually feels energized, displays elevated mood or can be irritable. In bipolar II and individuals who experience at least one episode of depression and one episode of hypomania with no involvement of psychosis, depression is often dominant and present half of the time in bipolar II, while those with bipolar I experience depression around 30% of the time only

According to DSM 5, bipolar II is no longer thought to be just a "milder" version of bipolar I, as an individual suffering from bipolar II spends a large amount of time with a depressive condition and instability of mood. Bipolar II disorder is usually accompanied by impairment in an individual's work and social life

Proper psychiatric assessment, physical examination, and recording of mood in mood chart are some criteria that are evaluated for determining and diagnosing bipolar II disorder. For the diagnosis, an individual must undergo physical and psychological evaluations, and the health physician rules out any physical conditions. In children, diagnosis includes the same criteria as used for adults

According to DSM 5 for diagnosis of bipolar II disorder includes−

Bipolar II disorder's exact cause is unknown, but researchers believe that genetics, physiology, lifestyle, and other comorbid conditions tend to play an important role in its onset

Individuals with bipolar disorder tend to be dysfunctional in personal and social life areas. The symptoms of bipolar disorder make an individual, especially in their occupation, lag behind, resulting in lower socioeconomic status despite being or having the potential to reach greater heights in life. They tend to perform poorly in cognitive tests and semantic fluency and have cognitive impairments. It is critical for an individual suffering from bipolar II disorder to recognize the indicators of an upcoming manic or depressed episode. Preparing a list of the early symptoms that followed prior mood swings and assessing the triggers, and external stimuli, which previously led to depression or hypomania can be a great way to avoid the intensity and deal with the disorder better. Typical triggers include.

Treatment and Ways to Cope

Different types and doses of medication are prescribed based on individual symptoms. It may include:

Psychoeducation is important as it helps understand the bipolar disorder better to help and support individuals suffering from it.

Various methods can assist a person in obtaining more stable moods and a greater sense of well-being. Meditation and mindfulness can help to relax and manage stress and mood swings

Bipolar II disorder is a mental illness with cycling moods between high and low over time. Diagnosis involves an individual having experienced one episode of hypomania during which they may have felt euphoric or agitated and exhibited abnormal behaviors. Psychosocial interventions help in managing acute depressive episodes and maintaining treatment progress, and preventing relapse. Psychoeducation is important for understanding the symptoms of a person going through bipolar II disorder. It is important to stay focused on the goals and find support when suffering from bipolar II disorder, as it can cause one to get demoted and isolate themselves