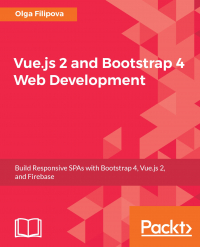 Olga Filipova was born in Kyiv, in Ukraine. She grew up in a family of physicists, scientists, and professors. She studied system analysis in the National University of Ukraine Kyiv Polytechnic Institute. At the age of 20, she moved to Portugal, where she did her bachelors' and masters' degrees in computer science from the University of Coimbra. During her studies, she participated in the research and development of European projects and became an assistant teacher of operating systems and computer graphics subjects. After obtaining her masters' degree, she started working at Feedzai. At that time, it was a small team of four, starting the development of a product from scratch, and now, it is one of the most successful Portuguese startups. At some point, her main responsibility became to develop a library written in JavaScript whose purpose was to bring data from the engine to the web interface. This marked Olga's main direction in tech: web development. At the same time, she continued her teaching practice, giving a course of professional web development to the local professional education center in Coimbra.

In 2013, along with her brother and her husband, she started an educational project based in Ukraine. This project's name is EdEra and it has grown up from a small platform of online courses into a big player at the Ukrainian educational system scene. Currently, EdEra is moving towards an international direction and preparing an awesome online course about IT. Don't miss it!

In 2014, Olga, with her husband and daughter, moved from Portugal to Berlin, where she started working at Meetrics as a frontend engineer and, after a year, became the team lead of an amazing team of frontend software developers. Currently Olga works in a fintech company called OptioPay as a lead frontend engineer.

Olga is happily married to an awesome guy called Rui, who is also a software engineer. Rui studied with Olga at the university of Coimbra and worked with her at Feedzai. Olga has a smart and beautiful daughter, Taissa, a fluffy cat, Patusca, and two fluffiest chinchillas, Barabashka and Cheburashka.