The treatment and detection of ADHD have been met with skepticism since its introduction in the 1970s. Medical professionals, educators, lawmakers, parents, and the press are involved in these debates. We have discussed the reasons for and benefits of treating ADHD with stimulants. Now that ADHD has been clinically confirmed in both children and adults, the primary area of discussion in the research world is how best to diagnose and treat the disorder. Previously known as the expressionistic reaction of children, the term "attention deficit disorder" (ADD) was formally used from 1980 to 1987. ADHD−like symptoms have been documented in medical writing as far back as the 18th century. 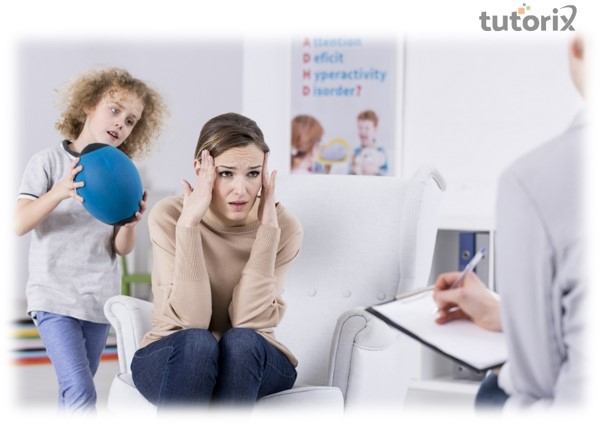 What is Attention Deficit Hyperactivity Disorder?

One of the hallmarks of ADHD is a chronic lack of attention and disruptive behavior that gets in the way of daily life or a person's growth. Hyperactivity, impulsivity, and inattention that are out of proportion to the individual's biological age characterize the neurodevelopmental disease known as attention deficit hyperactive disorder (ADHD). Since executive dysfunction underlies ADHD, emotional dysregulation is often included as a primary indicator of the condition. Children's attention problems may lead to poor school performance. ADHD's negative effects are exacerbated by the fact that it is associated with a wide range of other disorders—neurodevelopmental, mental, and non−psychiatric—that are more prevalent in modern society. Those with ADHD may very well have problems "hyper−focusing" for long periods on a task they are not interested in, but they might be able to do so while working on a topic they find interesting or rewarding. The root causes of ADD/ADHD are often unknown. ADHD seems to be heavily impacted by heredity, with a high genetic rate of 73%. Exposure to environmental risks during pregnancy might cause long−term neurological problems.

What are the Symptoms of Attention Deficit Hyperactivity Disorder?

Following are the major symptoms of attention deficit hyperactivity disorder −

A professional should make a formal diagnosis based on several criteria, as with many other mental diseases. The Diagnostic and Statistical Manual of Mental Disorders (DSM) is the American Psychiatric Association's (APA) official statement on these requirements. There are three forms of ADHD, according to the DSM−5 criteria released in 2013 and the DSM−5−TR standards published in 2022. Lengthy symptoms of inattention, hyperactivity−impulsivity, or both are required for classification into this subset. Many symptoms present in multiple settings, and onset between the ages of 6 and 12 are required for consideration. There must be proof that the symptoms create social, academic, or occupational difficulties uncommon for a kid of that age.

According to the socially constructed theory of ADHD, the clinical definition employed and the number of individuals affected is determined by subjective valuations and judgments because the lines between normal and abnormal behavior are conceived. Because of this discrepancy, the prevalence of ADHD diagnoses could be tripled or quadrupled if we used DSM−IV criteria instead of ICD−10 criteria.

What are the Treatments of Attention Deficit Hyperactivity Disorder? 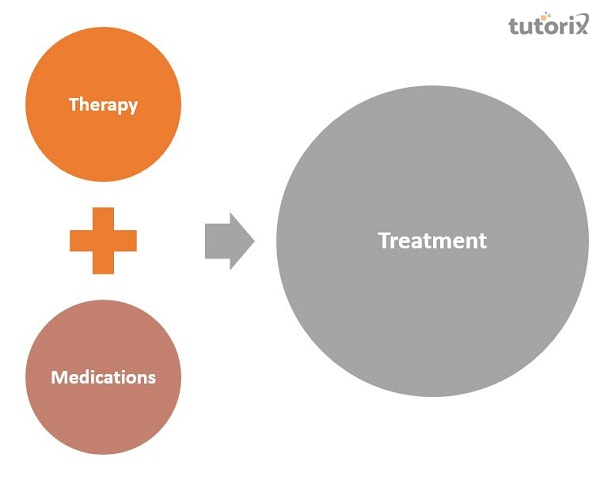 The available research supports the effectiveness of behavioral therapies for treating attention deficit hyperactivity disorder. They are the treatment of choice in cases where symptoms are mild or in children younger than six years old. Methods from the field of psychology are integrated into treatment plans, including psychoeducational input, behavior therapy, cognitive behavioral therapy, psychotherapy, family counselling, interventions implemented at school, training in social skills and behavioral peer intervention, training in organization and parent management, and school−based interventions. For up to six months and perhaps a year after treatment, the treatment effects of neurofeedback are greater than those of non−active controls. They may be similar to taking a systematic (restrictions proven to have a clinical effect). Despite positive results in studies, neurofeedback is often poorly implemented, and innovation claims are often exaggerated because of a lack of oversight. Negative behaviors, such as defiance and insubordination, may be alleviated through parental training.

Methylphenidate and amphetamine or their variants are first−line therapies for ADHD since they are regarded as the most effective pharmacological treatments. About 75 percent react to the first stimulant used, and as low as 15 percent respond neither to amphetamines nor methylphenidate. Stimulants may also lessen the incidence of unintended accidents in children with ADHD. Magnetic resonance studies show that long−term therapy with amphetamine and methylphenidate lowers brain function and structure anomalies in people with ADHD.

Researchers yet to find the exact causes of ADHD; however, numerous studies show that genes substantially influence it. Like many other diseases, ADHD probably stems from a mix of causes. In addition to heredity, scientists are looking at probable environmental variables that can boost the likelihood of ADHD and are examining how brain damage, diet, and social situations might impact ADHD. ADHD is more frequent in boys than girls, while females with ADHD are much more likely to suffer inattention symptoms predominantly. People with ADHD frequently have comorbid problems, such as learning difficulties, anxiety disorder, behavior disorder, depression, and drug use disorder.