Before the advent of neuroimaging, most of what was discerned about the neural bases of language processing came from studying patients with brain lesions resulting in various types of aphasia. Aphasia is a broad term that refers to the collective deficits in language comprehension and production resulting from neurological damage, even when the articulatory mechanisms are intact. 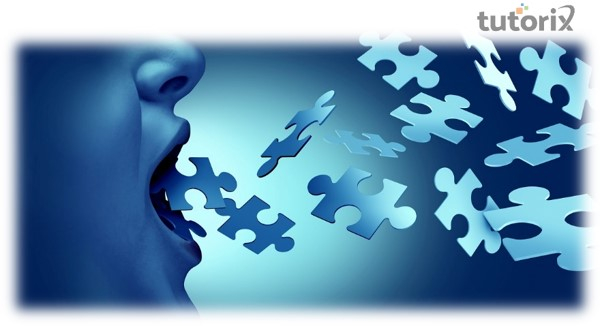 Aphasia is a neurological disorder caused by damage to the areas of the brain responsible for language. The left side of the brain is most commonly affected in patients. Aphasia typically develops slowly due to a brain tumor or progressive neurological disease following a stroke or head injury. Reading, writing, and language comprehension are all hampered by the disorder. The best described are non−fluent or Broca's aphasia, fluent or Wernicke's aphasia, and global aphasia, a combination of fluent and non−fluent aphasias.

Aphasia affects 21−38% of acute stroke patients and is associated with significant short− and long−term morbidity, mortality, and cost. Aphasia affects approximately two million people in the United States and 250,000 people in the United Kingdom. Even though a traumatic injury frequently causes aphasia, it can affect people of all ages. Aphasia is comorbid with apraxia, apraxia of speech, brain trauma, dysarthria, dysphagia, and dementia.

Localizationist approaches seek to classify aphasias based on their major characteristics and the brain regions that most likely gave rise to them. These approaches, which were inspired by the early work of nineteenth−century neurologists Paul Broca and Carl Wernicke, identify two three major subtypes of aphasia −

Expressive Aphasia or Broca's Aphasia − Broca's Aphasia was first clearly described by the Parisian physician. Paul Broca in the 19th century. Broca's aphasia patients can have various problems when they speak or try to comprehend or repeat the linguistic input provided by the clinician. The speech output is slow and effortful, and it lacks functional words. Broca's aphasia patients may also have problems with speech articulation because of deficits in regulating the articulatory apparatus (e.g., tongue muscles). These patients occasionally struggle to comprehend reversible sentences, where understanding depends on the proper syntactic assignment of thematic roles.

Receptive Aphasia or Wernicke's Aphasia − Wernicke's aphasia was first described fully by the German physician Carl Wernicke. It is a disorder primarily of language comprehension − Patients with this syndrome have difficulty understanding spoken or written language and sometimes cannot understand language at all. Even though the speech of such patients is fluent with normal prosody and grammar, what they say is mostly nonsensical.

Conduction Aphasia − Carl Wernicke found that a large neural fiber tract, the arcuate fasciculus, connected Broca's and Wernicke's areas. He predicted that damage to this fiber tract would disconnect Wernicke's and Broca's areas in a fashion that should result in another form of aphasia. This form of aphasia is known as conduction aphasia. Patients with conduction aphasia understand words they hear or see, and they can hear their speech errors but cannot repair them. They also have difficulties producing spontaneous speech and repeating speech and occasionally use words incorrectly.

Aphasia is most commonly caused by stroke, with approximately one−quarter of patients experiencing an acute stroke developing aphasia. Aphasia can, however, be caused by any disease or damage to the parts of the brain that control language. These are brain tumors, traumatic brain injury, and progressive neurological disorders.

Damage to subcortical structures deep within the left hemisphere, such as the thalamus, internal and external capsules, and the caudate nucleus of the basal ganglia, can also cause aphasia. The type of aphasia and its symptoms are determined by the location and extent of brain damage or atrophy. 'Broca aphasia' correlated with lesions in the posterior portion of the left inferior frontal gyrus, which comprises the pars triangularis and pars opercularis, also referred to as Brodmann areas 44 and 45 and now referred to as Broca's area. Wernicke's aphasia was associated with lesions in damage in the posterior regions of the superior temporal gyrus, which has since become known as Wernicke's area, along with damages in the temporoparietal and temporo−occipital cortex. 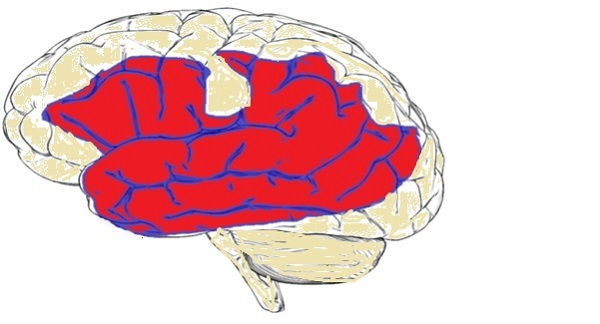 Fig. Regions of the left hemisphere that can give rise to aphasia when damaged

Language and communication skills can continue to improve for many years, and they are occasionally accompanied by new activity in brain tissue close to the damaged area. The cause of the brain injury, the area of the brain that was damaged, the extent of that damage, and the person's age and health are some of the variables that may affect the degree of improvement.

Aphasia therapy, which primarily consists of speech therapy, aims to improve a person's ability to communicate by assisting them in using their remaining language skills, regaining as much of their lost language skills as they can, and learning alternative communication methods like gestures, pictures, or the use of electronic devices. While group therapy gives patients the chance to practice new communication skills in a small−group setting, individual therapy concentrates on the individual's unique needs.

Recent technological advancements have given aphasic individuals new tools. Patients have the flexibility and convenience of receiving therapy in their homes via a computer, thanks to "virtual" speech pathologists. People who have trouble speaking can also use speech−generating software on tablets and other mobile devices as an alternative form of communication. 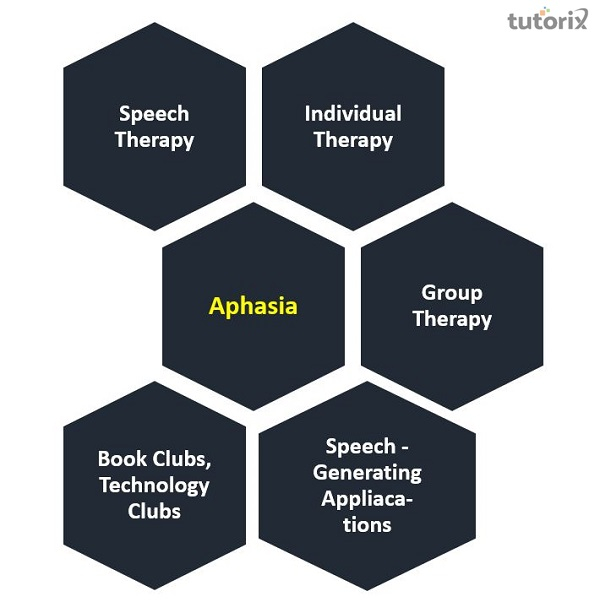 Some aphasia sufferers make a full recovery on their own. However, aphasia usually persists to some extent in the majority of people. The aphasic individual and family members may find this challenging and frustrating at times. Family members must discover the most effective channels of communication with their loved ones.