The phenomenon of Aphantasia was first described by Francis Galton in 1880 but has remained relatively unstudied. In 2009, Dr. Adam Zeman, a neurologist at Exeter University, received a patient who can no longer imagine − affectionately known as patient MX among the aphantasia community. Following surgery, Patient MX experiences mental blindness. The media coverage of patient MX's experience drew many new discoverers who could relate to a similar experience. This phenomenon sparked renewed interest following the publication in 2015 of a study led by Professor Adam Zeman of the University of Exeter. The term "Aphantasia" was created by Zeman's team and is derived from the Greek word Phantasia, which means " without imagination." 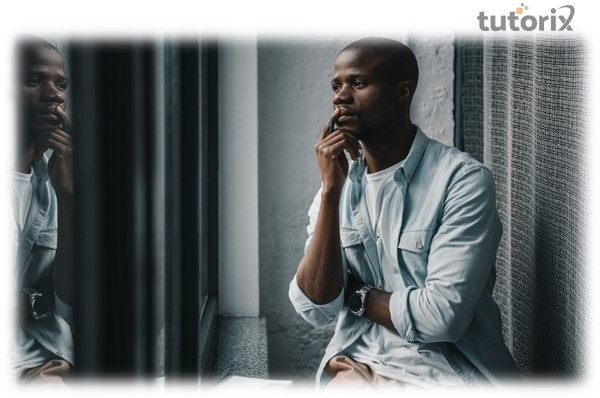 A 2022 study used the Vividness of Visual Imagery Questionnaire to screen undergraduate students and people from an online crowdsourcing marketplace to estimate the prevalence of aphantasia in the general population. They discovered that 0.8% of the population could not form visual mental images, while 3.9% were unable to form mental images or had dim or vague mental imagery.

Correlations between imagery vividness and cognitive functioning have been elusive in the past, but recently developed measures of autobiographical memory, imaginative thinking, and 'visual−object intelligence' open new avenues for exploration. Other significant variables might include personality and mood.

Aphantasia describes only one major symptom− the inability to draw mental images from memory or imagination. While most people with aphantasia live otherwise healthy lives, some may have difficulty recognizing faces, places, or remembering events. Some people may struggle to imagine the future, and many have reported weaker physiologic stress responses to imagined terrifying situations. Aphantasia patients also have a decreased ability to access other mental senses, such as imagining smells, sounds, tastes, or touches. 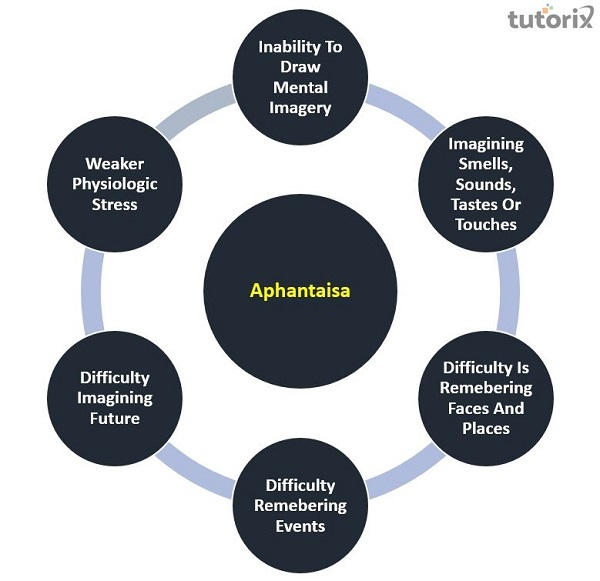 Since aphantasia is not classified as a disorder yet, it does not have a diagnostic criterion. Scientists use a questionnaire where the subject is asked to rate the vividness of pictures they see in their minds in response to various prompts to gauge the strength and vividness of their visual imagery. Research on aphantasia as a mental health condition is still in its early stages and understudied. However, some evidence supports the idea that depression and depersonalization impair visual imagery.

Most people have "congenital," or lifelong, aphantasia from birth. Rarely can a stroke or a head injury cause it, and it might also happen due to a psychotic or depressive episode. There is proof that aphantasia is inherited, according to researchers. An individual is likely to have aphantasia if his or her first-degree relatives also have aphantasia.

Studies using brain scanners on humans have revealed a network of brain regions involved in vision. These include the primary visual cortex and a section of the fusiform near the face−recognition region. The frontal and parietal lobes, which are typically involved in decision−making, working memory, and attention, are also included in this network. The hippocampus and medial temporal lobe appear to be crucial memory regions. The "default node network," also known as the "daydreaming network," is involved in addition to these particular brain regions.

Aphantasia is both a congenital and developmental condition. There is no "cure" for congenital aphantasia as of yet. However, some sufferers of acquired aphantasia have spoken about how treatments like psychedelics allowed them to regain their ability to visualize.

Aphantasia is a mental illness that has not been well studied and is not yet categorized. While some researchers categorize it as a spectrum disorder ranging from complete absence to low visual imagery, others categorize it as the complete lack of visual imagery. In any case, those with aphantasia can have happy lives and empathy for those around them. More study is needed on the condition of aphantasia. Whether this disorder has connections to other mental health conditions, has various varieties and subtypes, or can we classify it as a learning disability, all of these questions call for focused research and raising awareness among those who live with them. People with aphantasia will undoubtedly benefit from and benefit greatly from the development of tools, tests, and techniques for them.