Anosognosia: A Disorder of Loss of Insight

When someone rejects a diagnosis of mental illness, it is easy to say that he is "in denial." Nevertheless, someone with acute mental illness may not be thinking enough to choose denial consciously. Instead, they can be going through "loss of insight" or "lack of consciousness." Anosognosia, which means "to not know a disease" in Greek, is the formal medical word for this illness. Joseph Babinski coined the term "anosognosia" in June of 1914. 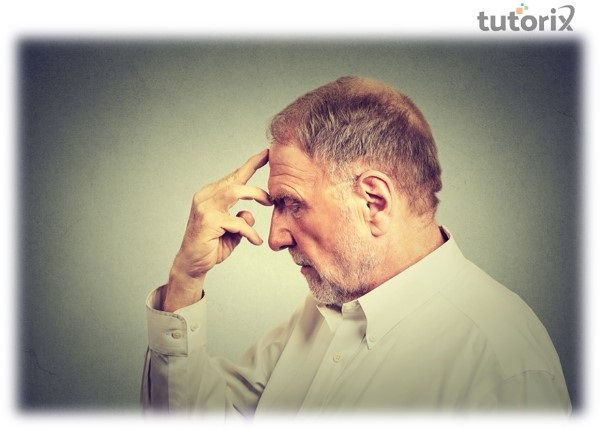 Anosognosia is a neuropsychiatric condition in which a person is unconsciously in denial and unaware of a noticeable disability or deficit. Numerous clinical and experimental observations on anosognosia, notably anosognosia for hemiplegia (AHP) following stroke, have been documented during the previous 100 years. As it occurs in psychiatric and neurological illnesses, anosognosia can have trans−diagnostic manifestations. Most often, it precipitates in the setting of structural damage, from ischemic strokes to the right parietal cortex.

Anosognosia is a common thread throughout several neurological diseases for which researchers have long questioned the causes. Anosognosia is comorbid with dementia and Alzheimer's, bipolar disorder, depression, eating disorders, and schizophrenia.

People with anosognosia usually show that they cannot recognize their medical problems. In some cases, people with this condition will rationalize what is happening to them, or they may try to cover up symptoms. They might be able to identify some symptoms but not all. Patients with anosognosia are unable to do more than one of the following activities − 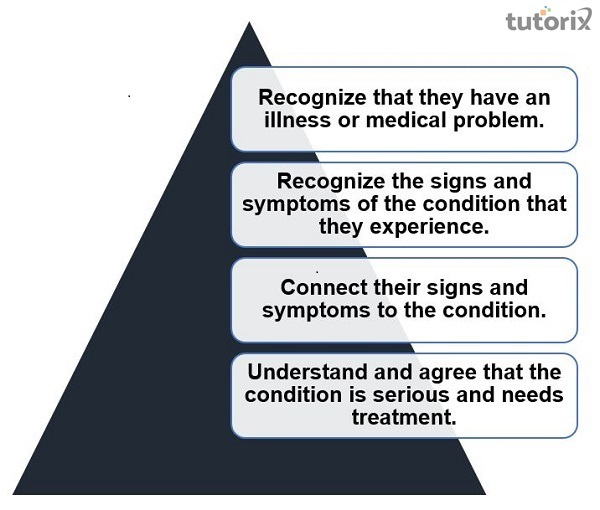 In some situations, a person with this condition may deliberately or unconsciously avoid the facts about it. Some people confabulate, which occurs when the mind fills in gaps in memory with false memories.

Anosognosia can also occur in unique ways with specific symptoms, as seen in the instances below −

An individual may lose the ability to utilize or feel their left side. Even if they cannot use the left side of their body, the person is usually oblivious to the condition.

This type of anosognosia usually affects the left side of your body, although it can also affect the right. The two main symptoms are − 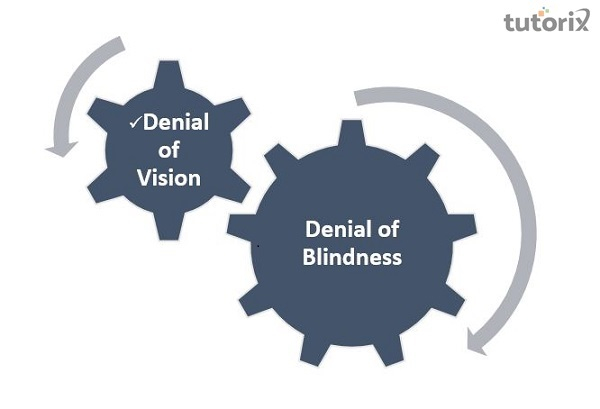 Anosognosia manifests as a neurological sequela after an accident or a lesion to the right parietal lobe. However, the two are not mutually exclusive as the phenomena of anosognosia can occur with temporoparietal, thalamic, or basal ganglia injuries, as well as in psychiatric disorders. Anosognosia's specific cause is unknown. However, it is most likely brought on by a malfunction in the anatomical or functional monitoring unit that mediates conscious awareness of impairments.

The brain lesion that produces anosognosia damages neurocognitive, and secondary integration areas, the most likely physiopathologic mechanism. The prefrontal cortex, which is involved in working memory, self−monitoring, and organization, the insular cortex, which is connected to the salience network, emotional processing, and error awareness, and the default mode network are among the structural and functional areas being studied (includes connectivity between prefrontal, parietal, and cingulate cortices). Damage to these regions may prevent a person from being aware that their cognitive or sensorimotor function has been lost.

Therefore, the clinical reality is that anosognosia directly affects brain dysfunction, often reflecting cortical lesions. However, not all disturbances in self−awareness in brain dysfunctional patients necessarily represent a neuropsychological disturbance. Psychological coping, denial, and repression methods may also contribute to their altered subjective perceptions about their functional capacity. This has prompted a more detailed analysis of the relationship of anosognosia to mood states and an exploration of the various correlates of implicit awareness in anosognosia.

The management of anosognosia is very difficult. The management is done by an interdisciplinary team consisting of a neurologist, psychiatrist, mental health nurse, primary care doctor, and psychotherapist for numerous reasons. Anosognosia has no specific treatment, but vestibular stimulation temporarily improves it. This tactic most likely has a short−term effect on how people perceive the ignored side. Cognitive therapy can assist people with anosognosia in comprehending and making up for their deficits. The prognosis is typically bad if a mass lesion, stroke, or dementia is the underlying factor. If the cause is a mental health illness, the condition makes taking medication as prescribed difficult. The standard of living is low.

The erroneous insight feels as real and compelling to a person with anosognosia as other people's ability to comprehend themselves. However, these misunderstandings lead to disputes with others and increased worry. In most cases, a lack of understanding leads to a person avoiding treatment. In addition, because it is frequently associated with psychosis or mania, lack of insight can lead to dangerous or inappropriate behavior.