Analytical psychology, the branch of psychology that challenged the legendary concepts of Sigmund Freud. Coined by Carl Jung, this theory of mind resulted in one of psychology's most historic friendship breakups. Jung used this term when he left the psychoanalytic community and ended his relationship with Freud in 1913. He used it to describe a new psychological science with the aim of exploring the unconscious and its relationship with the conscious.

According to the APA, analytical psychology is a system of psychoanalysis in which the psyche is interpreted primarily in symbols, philosophical values, and primordial images with a drive for self-fulfillment. However, originally it was defined by Jung and what sets this apart is the focus on the role of symbolic and spiritual experiences in human life.

What does Analytical Psychology Mean?

The crux of this theory rests on Jung's concepts of archetypes and the existence of deep psychic space or collective unconscious. Jung’s this work takes a prospective approach to the issues presented in therapy. This means that an individual's life history is of great importance for understanding their current circumstances. It also contains the seed for future growth and development. The goal of Jungian analysis is individuation. Jung referred to individuation as the achievement of a greater degree of consciousness regarding the person's psychological, interpersonal and cultural experiences. Two deep levels of psychological functioning shape color and compromise a person's life experience. Jung recognized the importance of early life experiences and the personal complexes that arise because of the disturbances in life in the personal unconscious.

Jung took this concept a step further, recognizing that individuals are also influenced by unconscious factors outside their personal experience and are of universal quality. He called these factors archetypes which form the collective unconscious and give shape to universal narratives, myths, religious phenomena, etc.

The analytical process intends to bring these factors (both collective and personal) into consciousness. This allows the individual to see more clearly what forces are at play in their life. This process of individuation aims at providing individuals with resources to shape their lives for the future. It is the implied understanding of archetypes that is the goal. Analysts can help facilitate this process by providing informed interpretive environments for better understanding.

What sets Jung’s theory apart is his emphasis on not one, but two types of the unconscious. His model of the psyche is summarized as follows − 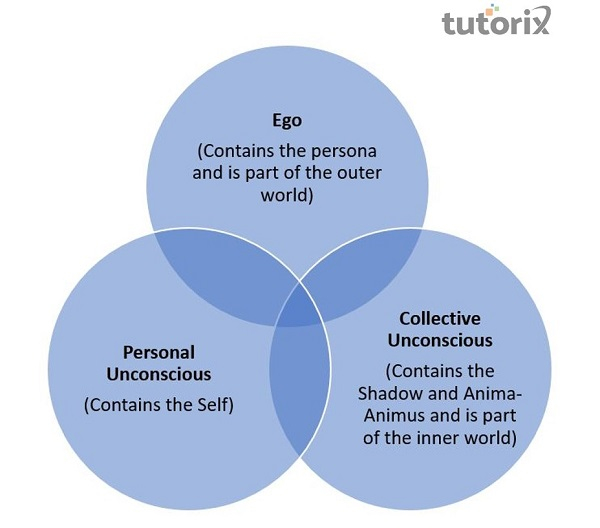 According to Jung, there are various other structures within each level of the psyche. They make up the key constructs of this theory. They are as follows − 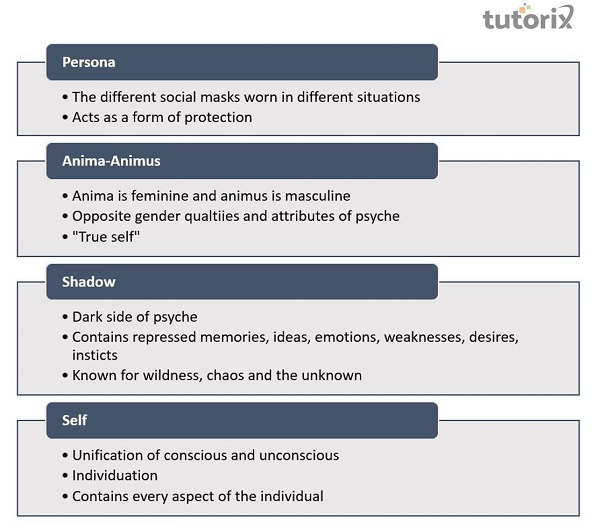 The Nature of Human Beings

Though there are similarities in names and constructs, analytical psychology differs substantially from Freudian psychoanalysis—the difference between the two lies in the basic concepts. Like Freud, Jung also agreed that humans are motivated by innate physiological urges, which he defines as inborn, uniform, and regularly recurring modes of action and reaction. He also agreed that mental activity is powered by psychic energy (libido). However, Jungian libido refers to the total psychic energy invested in mental activity, irrespective of the instincts involved. Such energy is not solely sexual or power instinct; it has multiple sources.

Psychic energy attracts emotional and related ideas called complexes which are distinctive ways the psyche expresses itself. Low-value complexes have a small number of associated ideas and have little influence on individual behavior. High-value complexes, on the other hand, exert considerable control over personality. Complexes can be either whole or partly unconscious or entirely within the two realms of consciousness.

The Principle of Opposites

Jung gave that life consists of complex opposites. When one extreme is primarily conscious, the unconscious compensates by emphasizing the other extreme. Since the psyche is a closed system, libido withdrawn from one aspect of personality reappears somewhere else. Since the psyche is also self-regulating, libido flows from a more intense component to a less intense component. Jung called this enantiodromia, where an overvalued component yields psychic energy to its undervalued component, resulting in the emergence of the opposite over time.

Jung gave the concept of the transcendent function, which is responsible for uniting the various opposite aspects of personality into the middle ground. This function provides guidelines for personality development, enabling one to be their true self. These cannot be found in the external world or the opinions of others.

Jung gave that behavior must be understood in terms of its purpose or goal. Personality is shaped not only by the past but also by intentions and plans for the future. Here, Jung rejected Freud's reduction of psychic events to physiological causes. Instincts have an organic aspect but are often followed by mental life.

It is important to note that Jung's work has also been subject to intense scrutiny and criticism. Contemporary critics tend to see the use of mysticism and occultism as irrational and too much work. Another major criticism is that his body of work lacks demonstrable or measurable scientific research, and many say that his thoughts and observations are not adequate for scientific observation.

Jung's work has inspired thousands of psychoanalysts worldwide, and the International Association for Analytical Psychology was set up as an homage to his work. To this day, Jungian analysts from all over the world gather to conduct conferences, discuss contemporary analytical psychology and apply the concepts in research. They are trying to adapt and grow this branch of psychology and have made great strides in the same. Some contemporary analytical psychology works include Complex by Marcus West, Symbol by Verena Kast, The Red Book by George Bright, Image by Brigit Soubrouillard, and many more.