Hands are a very important part of our body. We use it to hold things, write, eat, protect ourselves in a fight, cook, clean, and so forth. Getting hand dexterity is an important step in development. However, what if hands are compromised? What if we cannot control our hands? 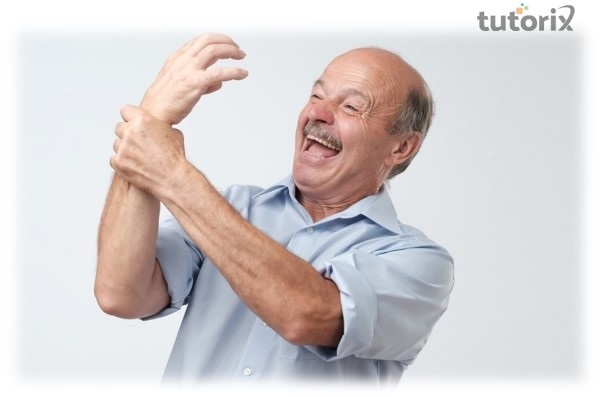 What is Alien Hand Syndrome?

Alien Hand Syndrome (AHS) is a rare disease, also called Dr. Strangelove Syndrome, after the eponymous character of a Stanley Kubrick film. In this disease, the affected hand can act as if it has a mind, and the patient cannot control its movement. Although the hand is the most commonly affected limb, any limb or a combination of many can be affected by this condition.

It has been suggested that the Alien Hand term should only be used when both involuntary motor functions and the feeling of alienness are present. The affected hand can feel foreign, with some patients even feeling that their errant limb has its own personality, like a patient who thought her hand was a child called Joseph. 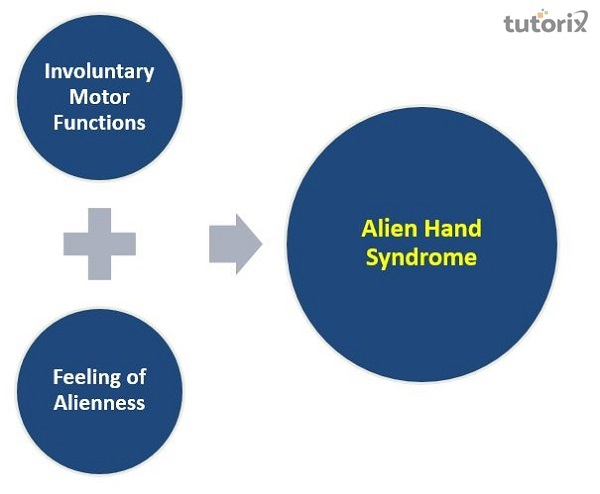 They also experience complex motor functions like grasping and groping objects. They also face loss of sensation and weakness in the side affected by the condition. The disease can also sometimes lead to self−destructive behavior by the errant hand. The errant hand may also negate the actions of the normal hand. For example, the normal hand might button up a short, and the alien one might unbutton it. They may also have some speech and language abnormalities.

Alien Hand Syndrome is a rare disease, and many doctors can be unfamiliar with its presentation, which makes it difficult to diagnose. The shortest reported duration for the syndrome was thirty minutes, but it has been known to last for several years. What also makes the diagnosis difficult is that the abrupt hand movements can resemble the jerking movements of epilepsy. There are also common symptoms with many other brain diseases, like the disinhibited grasp reflex, commonly found in cerebral injuries and degenerative cerebral disorders. These symptoms make it difficult to differentiate between these illnesses. Therefore, to make a diagnosis, the doctors may do various things, like observing the physical movement of the affected arm and assessing the frequency and intensity of the actions being carried out by the errant arm. Doctors might also use brain scans like MRI scans to help them diagnose this condition.

There are two types of AHS− anterior and posterior.

Frontal and callosal subtypes are the two anterior variations. Patients with the frontal version display groping (constantly looking for adjacent things), gripping, or obsessive tool manipulation. Lesions of the supplementary motor area (SMA), cingulate cortex, dominant medial prefrontal cortex, or corpus callosum cause the frontal variant. On the other hand, the callosal variation is caused primarily by callosal injury and frequently involves intermanual conflict. Intermanual conflict (opposing deliberate motions of the patient's hands) is a regular occurrence. When attempting to execute a goal-directed task with lesions to the front part of the rostrum, it is typical to perceive the hands "fighting" against each other.

A "posterior" variety has recently been identified due to thalamic, posterolateral parietal, or occipital lobe injury. These individuals unconsciously withdraw the afflicted hand from environmental touch or stimuli (avoidance reaction) or have uncoordinated hand motions or involuntary levitation that may be task specific. A patient with corticobasal syndrome (CBS) displayed excessive arm elevation exclusively while walking. Coughing or loud sounds were reported to cause levitation in another account. Finally, a supine patient with a left parietal infarction had arm levitation exacerbated by pressure on the biceps tendon. Hemianesthesia, visuospatial neglect, and optic ataxia can accompany the posterior form. Patients with parietal or thalamic injuries may experience substantial sensory abnormalities without paralysis. In addition, the diseased hand may adopt odd postures, with the digits hyperextended. 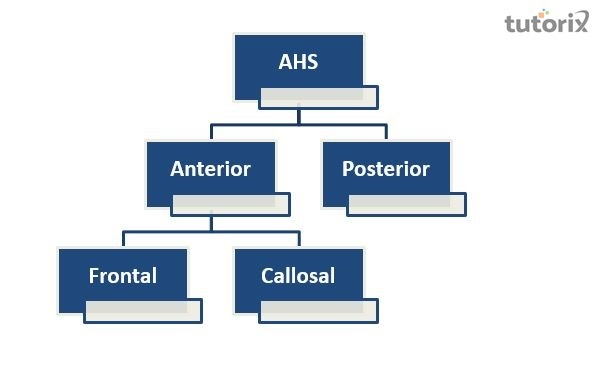 The disease has been reported after surgery on the corpus callosum (the structure that connects both hemispheres of the brain) and with brain tumors, aneurysms, degenerative brain diseases (like Alzheimer's disease), and Stroke.

Alien Hand Syndrome has also been observed in people with various pre-existing conditions like Multiple Sclerosis, Creutzfeldt-Jacob Disease (CJD), Corticobasal Syndrome (CBS), migraines, and hypertension. However, AHS after Stroke is extremely uncommon, and only a few cases of AHS have been seen in patients with multiple sclerosis, CJD, CBS, migraines, and hypertension.

It is believed that lesions to the brain areas like the corpus callosum, posterior partial cortex, supplementary motor area, and the anterior cingulate cortex. MRI studies have revealed that in patients with AHS, unlike in people without it, there is only remote activation of the areas responsible for motor function. It has been proposed that the damage to the parietal cortex results in these isolated activations of the primary motor area of the opposite side, as the injury has released it from the planning systems. The damage to the parietal cortex can also result in a lack of awareness of movement. The combination of all these factors is the reason for AHS.

AHS is a very difficult disease to treat, both due to its rarity and complexity. There have been very few instances where patients had some recovery, and even then, the results were mixed. Most of the time, there is no recovery from this condition. There are therapies to manage the condition, including cognitive treatments. One case involved a thirteen-year-old girl whose condition improved after taking botulinum toxin injections. Nevertheless, overall, there is no standard route of treatment for AHS.

Alien Hand Syndrome is a rare disease and can be very distressing for those affected by it due to its symptoms and the difficulties in getting treatment. There needs to be more research on this disease and the pre−existing conditions that it comes with. There are no standard treatments, and we cannot comment on the right treatments for this disease. Nevertheless, treatments like Botox, which have just worked for one thirteen−year−old, might show results for many more people upon further research. Until then, the patients must learn to live with their symptoms. AHS also allows us to learn more about which areas of the brain control motor function, and research into this disease can help us understand other diseases.