Individual psychology, the theory of the Austrian psychiatrist Alfred Adler, held that the main motives of human thought and behavior are particular man's striving for superiority and power, partly in compensation for his inferiority. Every individual, in this view, is unique, and his personality structure, including his great goal and ways of striving for it, finds expression in his style of life, this lifestyle being the product of his creativity. Besides, the individual cannot be considered apart from society; all crucial problems, including problems of general human relations, occupation, and love, are social.

According to Adler, every person has a sense of inferiority, and people "strive for supremacy" from an early age to overcome this inadequacy. Adler believed this drive was the motivation behind human behaviors, emotions, and thoughts. Adler called his theory individual psychology as it expressed his belief that every individual personality is unique and indivisible. His emphasis did not preclude the social.

According to Adler, people are born with weak, inferior bodies, which leads to feelings of inadequacy and, as a result, reliance on others. As a result, people have a social interest from birth, the most reliable indicator of psychological wellness. The essential elements of Adlerian philosophy, mainly, can be sketched forth—in the following excerpt from a list that exhibits individual psychology's basic theory (Adler, 1964). 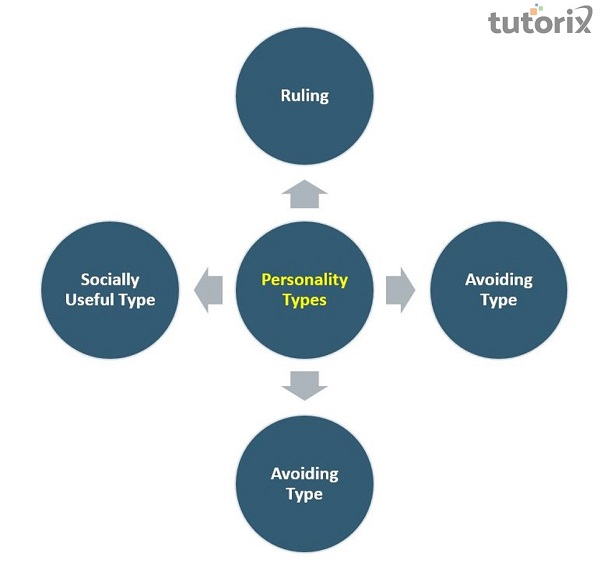 The first principle of Adlerian philosophy states that the only dynamic force driving people's conduct is a desire for achievement or supremacy. Adler used the phrase masculine protest, which connoted a desire for power or dominance over others. However, he quickly abandoned masculine protest as a universal urge while maintaining a restricted role for it in his theory of abnormal development. Adler referred to the one dynamic force vying for superiority. However, his ultimate theory limited striving for supremacy to those who aspire for personal superiority over others.

According to Adler's second postulate, people's subjective impressions impact their conduct and personality. People strive for superiority or success to compensate for emotions of inadequacy, but the method they strive for is formed not by reality but by their subjective conceptions of reality, that is, by their future fiction.

Adlerian theory's third postulate is that personality is unified and self-consistent. Adler wanted to emphasize his idea that each individual is unique and indivisible. Individual psychology thus insists on the essential unity of personality and the absence of contradictory conduct. Thoughts, thoughts, and actions are all directed toward and serve a single aim. When people act erratically or unpredictably, it forces others to be on the defensive, wary, and not confused by arbitrary actions. Adler (1956) identified various ways the whole person functions with unity and consistency.

According to Adler's fourth precept, the value of all human effort must be evaluated through the prism of social interest. The English translation of Adler's original German word, "gemeinsgefühl," is somewhat misleading. Although "social feeling" or "community feeling" may be a better translation, Gemeinschaftsgefühl has a deeper meaning that no English word or phrase can fully convey. It generally translates to a feeling of unity with all of humanity and signifies inclusion in the global social structure.

According to Adler, the early social milieu's consequences are tremendously essential. The bond between a child and their parents is so strong that it suffocates the consequences of genetics. Adler felt that beyond the age of five, the effects of inheritance are masked by the tremendous influence of the child's social environment. By then, environmental impacts had altered or sculpted practically every facet of a child's personality.

Adler developed the term "style of lifestyle" to describe the flavor of a person's life. It involves a person's objective, self-concept, feelings towards others, and worldview. It results from the inheritance, environment, and an individual's creative ability. The age of four or five firmly defines a person's living style. After that, everything we do revolves around our unified way of life. Although the end aim is unique, the way of life does not have to be limited or inflexible. Psychologically sick people frequently lead very rigid lifestyles characterized by an incapacity to find new ways of reacting to their surroundings.

Adler thought that each person had the opportunity to construct their way of life. Ultimately, everyone is responsible for who they are and how they behave. Their creative power gives them control over their lives, is accountable for their ultimate objective, defines how they will achieve that aim, and contributes to the growth of societal interest. In short, creative power liberates each individual. Creative ability is a multidimensional construct that implies movement, and mobility is the most noticeable feature of existence. All psychological existence entails movement toward a goal, movement in a specific direction. 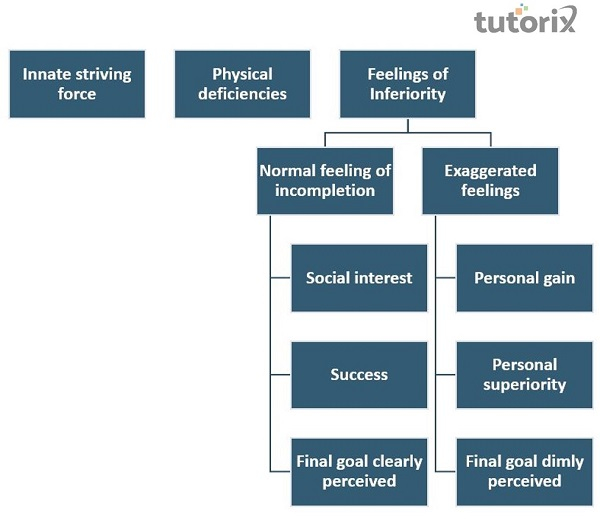 People are born with weak, inferior bodies, according to Adler, which leads to emotions of inadequacy. All human conduct must be evaluated through the prism of social interest. According to Adler's fourth precept, the worth of every human activity must be assessed through the lens of social interest. All ideas, thoughts, and actions are geared toward and serve the same goal. When people act erratically or are unpredictable, others are forced to be cautious to avoid being confused by their acts. A person's objective, self-concept, sentiments toward others, and worldview are all examples of Adler's "lifestyle style." It results from the interaction of one's ancestors, environment, and creative ability. Everyone can create their way of life.