An individual needs to be able to use and integrate a variety of different skills in order to write. Language processing is carried out in the brain when one intends to write. In other words, he/she must be able to translate their ideas into words while writing. However, imagine making a to−do or grocery list when you suddenly find out you have no idea which letters spell the word milk. Alternatively, forgetting what the letter "v" sounds like. This is a neurological condition where there is a loss of the ability to communicate in writing, stemming from damage to the brain. 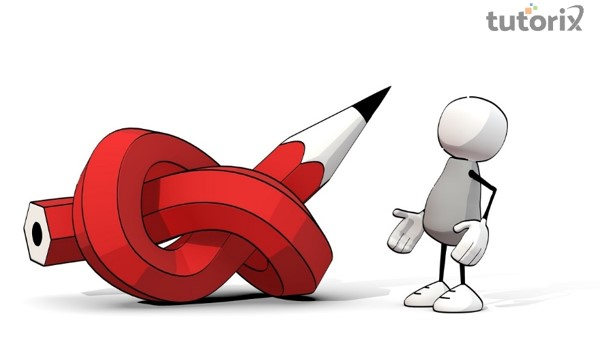 Agraphia is a neurological condition that occurs when areas of the brain involved in the writing process are damaged or injured, and consequently, one has difficulty articulating and writing. People with agraphia frequently also have other language problems because the neural networks in the brain responsible for articulating spoken and written language are intertwined. Additionally, people with agraphia frequently struggle with reading and speaking as well.

Depending on which part of the brain is affected, agraphia can have various symptoms. Agraphia can be broadly categorized into − 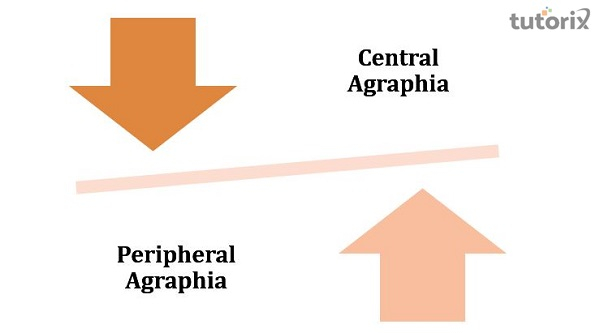 Central agraphia involves a loss of writing caused by a dysfunction in the linguistic, visual, or motor centers of the brain is referred to as central agraphia. People with central agraphia might be unable to write comprehensible words depending on where the damage occurs, and their work may contain several spelling mistakes or have poor phrasing. On the other hand, peripheral agraphia is a disorder that affects the selection or production of letters, making it challenging to read one's handwriting. It can be further subdivided based on which part of the writing process has been impaired. Some of the most common types of agraphia are as follows − 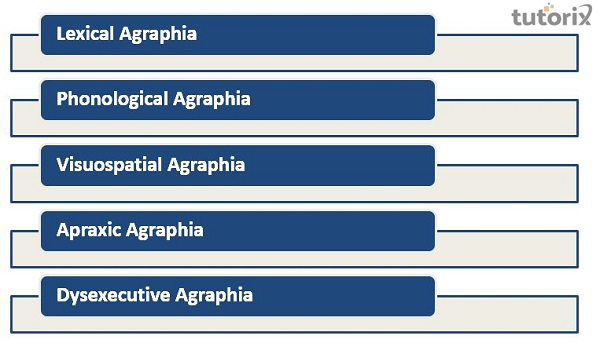 Agraphia is the loss of the capacity to write, whereas Aphasia is the loss of the ability to speak. Alexia, on the other hand, is losing her capacity to recognise words she used to be able to read. As a result, Alexia is frequently referred to as "word blindness." All three of these illnesses are caused by impairment to the brain's language processing areas.

Agraphia might be caused by an injury that interferes with the parts of the brain involved in writing. The parietal, frontal, and temporal lobes, as well as other regions on the dominant side of the brain (the side opposite to his/her dominant hand), are where the language skills are located. Neural connections between the language centers in the brain facilitate language. Agraphia may be brought on by injury to the language centers or the connections that connect them. Some of the most common causes of agraphia include dementia, stroke, traumatic brain injury (TBI), and lesions.

Agraphia may be the main clinical issue, or it may be a sign of another condition that has to be diagnosed and treated, depending on the cause. Intervention may be required depending on the patient's motivational and cognitive conditions.

An often used strategy is interactive treatment, which entails coaching clients to create plausible spellings using their phonological and orthographic expertise, and then identify and fix spelling faults (link to a resource for this approach in comments). Combining lexical and sublexical therapy is a successful way to treat agraphia in patients because it emphasizes improving all parts of the writing process, including phoneme−grapheme correspondence and lexical retrieval.

Agraphia cannot be cured, although people can be helped to regain some of their former writing skills via rehabilitation. People are taught to recall crucial words, such as a well−known name or item, to assist them in generating the grapheme for that phoneme to manage phonological agraphia. Having alphabet cards on hand can help someone with allographic agraphia write legibly by replicating the proper letter forms. There are few rehabilitation options for people with apraxic agraphia, but they can use technology if they can type with far more dexterity and mobility than with handwriting.