In a Universe there can be many objects which are dependent on each other and moving, deleting a resource can impact other resources that depends on that resource.

To check the dependency between different resources, you can select show local dependency. When you select a resource, it displays two tabs - dependent and referenced resources.

If you want to check the resources that will be impacted when you change the Data Foundation, you can right-click → Show Local Dependency.

Under Dependent Resource, it will show Business Layer and Referenced resources will show Relational connection.

If you want to see dependent resources in the Repository for a particular resource under the local project, right-click and click on show Repository Dependency.

Enter the session details where resources are published and click on log in. It will show you a list of published Universes in the repository that are based on selected resource under the local Project. 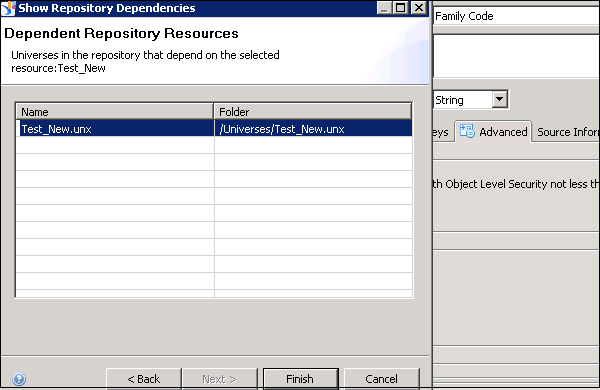