Transport routes are defined as routes that are defined by a SAP Administrator to transmit the changes between different SAP systems.

The following are the two types of transport routes −

This contains a number of changes to be implemented in the development system. It consists of the types of changes, purpose, change category, target system and other details.

This request type contains the repository objects and cross-client customizing objects. Workbench requests are used to make changes in the ABAP workbench objects.

This request type contains objects that belong to ‘client-specific’ customizing. These requests are created in system automatically when a user performs customizing setting and a target system is automatically assigned as per the transport layer. 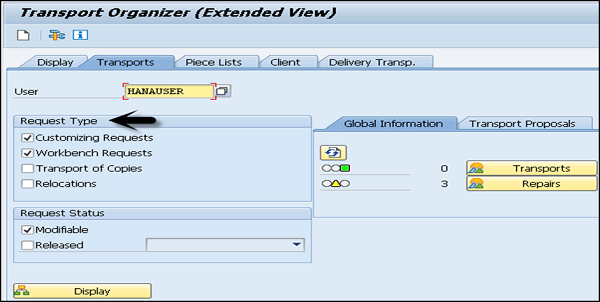 To create a Transport Request, use transaction code — SE01

A Transport Request can be created in the following two ways − 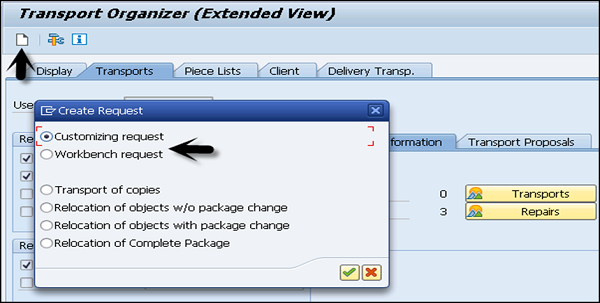 You can see a list of systems in the current domain, description and a number of requests available in Import Queue and the status.

This list contains Transport Requests in the common directory. These requests are ready to be imported to the target system.

To add a request manually, you can go to other requests → Add (you should know the name of Transport request).

There are two types of logs available in Transport Management System −

It keeps track of the transport log files that have been moved in a Transport Request.

It includes the details of all the actions that have been performed in a Transport Request. Actions such as exports, import, etc.