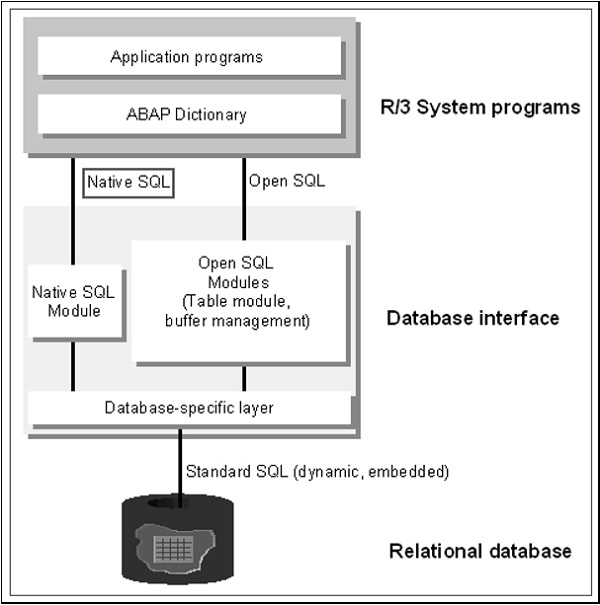 Following is the syntax −

These statements define an area in an ABAP program where one or more Native SQL statements can be listed. The statements entered are passed to the Native SQL interface and then processed as follows −

SPFLI is a standard SAP Table that is used to store Flight schedule information. This is available within R/3 SAP systems depending on the version and release level. You can view this information when you enter the Table name SPFLI into the relevant SAP transaction such as SE11 or SE80. You can also view the data contained in this database table by using these two transactions.