Function modules make up a major part of a SAP system, because for years SAP has modularized code using function modules, allowing for code reuse, by themselves, their developers and also by their customers. 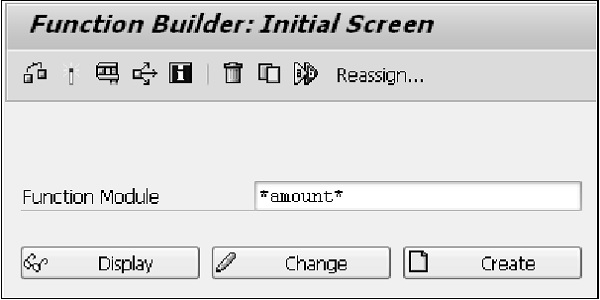 Step 2 − Enter some code so that a parameter can be set up where a value could be entered and passed on to the function module. The text element text-001 here reads ‘Enter a Value’.

Step 3 − To write the code for this, use CTRL+F6. After this, a window appears where ‘CALL FUNCTION’ is the first option in a list. Enter 'spell_amount' in the text box and click the continue button. 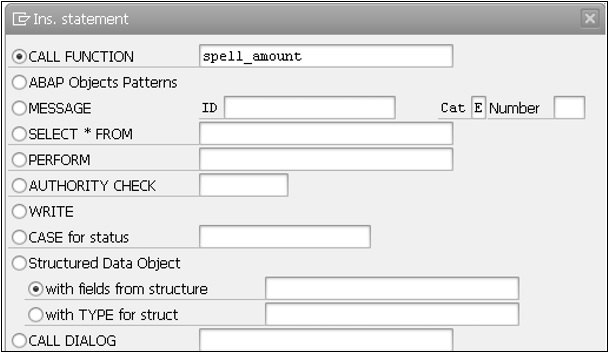 Step 4 − Some code is generated automatically. But we need to enhance the IF statement to include a code to WRITE a message to the screen to say "The function module returned a value of: sy-subrc” and add the ELSE statement so as to write the correct result out when the function module is successful. Here, a new variable must be set up to hold the value returned from the function module. Let's call this as 'result'.

Step 5 − The variable which the function module returns is called IN_WORDS. Set up the corresponding variable in the program called ‘result’. Define IN_WORDS by using the LIKE statement to refer to a structure called SPELL.

Step 6 − Save, activate and execute the program. Enter a value as shown in the following screenshot and press F8.