The first decision-making statement is the if statement. An if statement consists of a Boolean expression followed by one or more statements.

The general form of this statement in Rexx is as follows − 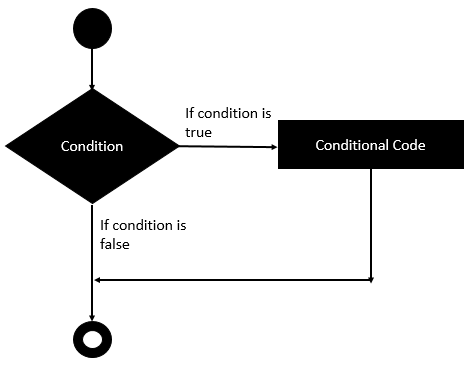 In the above diagram, you can see that only if the condition is evaluated to true does the conditional code gets executed.

The following program is an example of the simple if expression in Rexx.

The output of the above program will be −