A line chart or line graph is a kind of chart to display information as a series of data points called 'markers'. These markers are connected by straight line segments. It is a very commonly used chart in many fields. Normally measurement points are ordered by their x-axis values and joined with straight line segments. A line chart is normally used to visualize a data trend over the periods of time or to represent a time series – drawn chronologically. 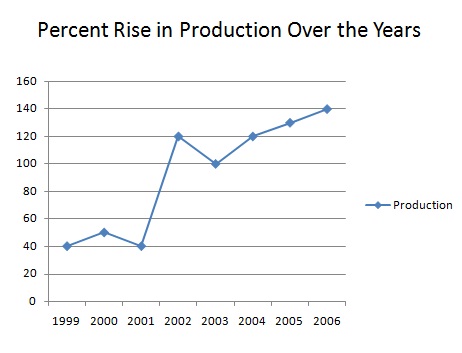 For example, using the above chart, you want to check in which of the years the percent rise in production was minimum?