Snapshot dialog box enables users to capture and attach the screenshot to an ALM record. It can be accessed from attachments pane. 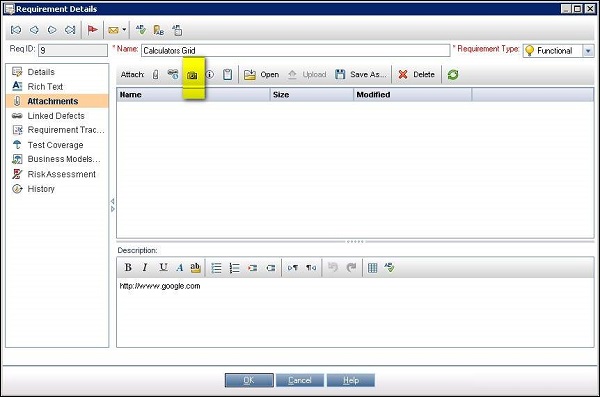 The Snapshot dialog opens where one can Zoom in, Zoom out, and see on a normal scale. 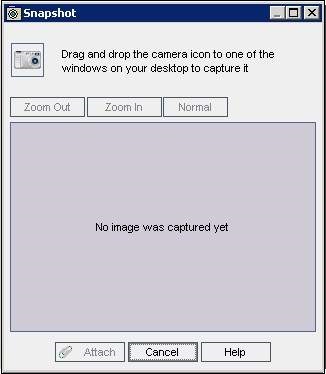 Drag the "Camera" icon and drop on the window which you want to take it as a screenshot. Click on "Attach" once the screenshot is taken. 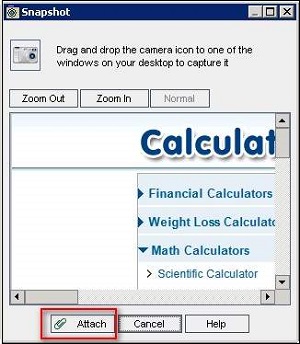 The taken screenshot is automatically placed in the entity as shown below. Two or more snapshots to the same entity will be named uniquely by HP-ALM.