Project Lists module allows users to create, rename, and delete user-defined lists. All the prepopulated drop downs are known as system lists while user can also create their own list. The default System list is shown below. 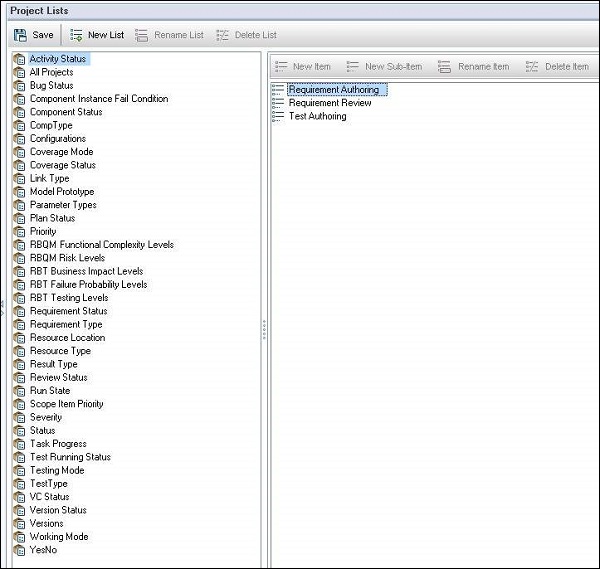 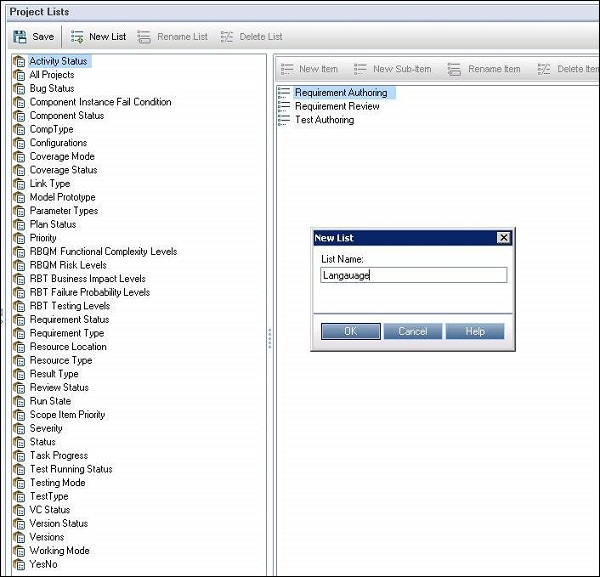 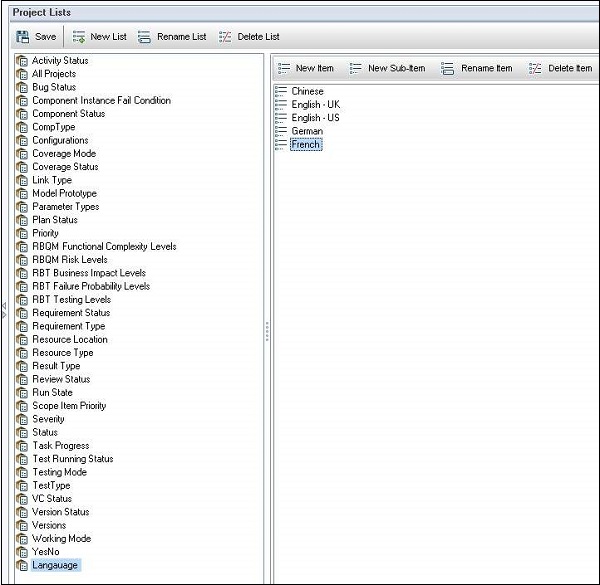 System defined lists Cannot be delete or renamed, however new items/sub items can be added to the list. 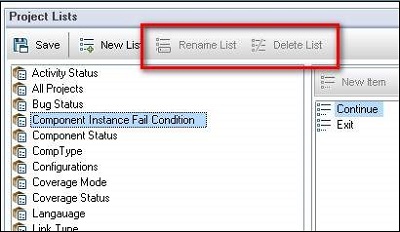